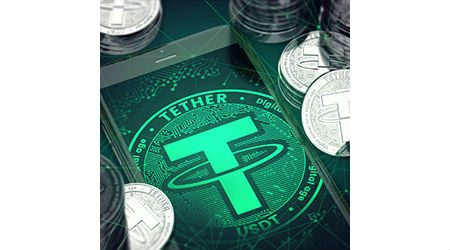 It might be a prudent move on everyone's part.

Tether and Bitfinex are changing things up, with new Tether-for-fiat options now available.

Tether has announced that from 27 November, more people will be able to directly redeem Tethers for fiat currency through Tether itself. At the same time, Bitfinex has announced "Tether neutrality" with USDT/USD and EURT/EUR Tether trading pairs replacing the previous system whereby Bitfinex would redeem Tethers 1:1 for US dollars.

And just a few hours before that, Binance announced that it would be turning its USDT market into a combined stablecoin market dubbed USDⓈ.

Opinion: What does it all mean?

The mass changes have some observers wondering what all this is in aid of, with some speculating that Bitfinex's transition to floating market rates for Tether is in preparation for it going downhill, and that it's distancing itself from Tether.

Others suggest that Tether could start falling if it can no longer be redeemed 1:1 through Bitfinex. This hasn't been the case though, and any movements in Tether have so far been indistinguishable from the volatility that returned to the market with the last drop.

A more likely reason might be a simple matter of profitability. Both Bitfinex and Tether are headed up by the same folks and bringing redemptions back to Tether while facilitating trading on USDT volatility through Bitfinex might simply be a much more profitable thing to do.

Volatility is great for business, and by being stuck as the redeemer of Tethers, Bitfinex was missing out on a lot of the action since USDT prices on Bitfinex would naturally hover closer to the US$1 peg. It was also forced to hand over US$1 per Tether even when USDT was only worth US$0.98 elsewhere.

By reinstalling Tether as the primary fiat doorway, and letting Bitfinex just trade as usual, there might be more money to go around – especially with Tether charging fees of up to 3% for USDT to fiat redemptions. Also, previously, the only other major exchange that had a USDT:USD market pair was Kraken. As such, it might have been having an outsized impact on Tether prices and its relatively low liquidity for this one pair might have been shaking confidence in Tether more than was needed.

In a nutshell, this might be exactly what you'd expect Bitfinex to do as soon as Tether was once again able to handle fiat redemption. And this was only recently made possible by Tether's patronage of Deltec bank in the Bahamas.

These moves have a lot of people looking for some kind of hidden motive on Tether's end, but in this case it might simply be a prudent choice on the part of Tether and Bitfinex that makes their ecosystem healthier.

Plus, the insistence that backed stablecoins should always be worth precisely their peg might be worth reconsidering.

In fact, it's practically impossible to perfectly trade 1 Tether for US$1 without paying some kind of fee, and there is a counterparty risk involved. In that respect, each USDT might technically be "worth" slightly less than US$1. But in turn, it has the advantages of being widely available, a digital store of value, and relatively stable in value compared to its equally available companions like bitcoin. By themselves, these benefits might have it being "worth" a bit more than US$1.

Either way, the only thing that can really be guaranteed is that USDT should not, except by coincidence, ever be reasonably valued at precisely one dollar.