We break down these international systems that move your money between countries.

Banks and other financial institutions keep track of your money using a system of unique codes assigned to each bank or account they do business with. Different countries use different systems, and the two most common are IBAN and SWIFT codes.

What is a SWIFT code?

SWIFT is short for the Society for Worldwide Interbank Financial Telecommunication. Despite its oversized name, it's simply a worldwide bank ID.

Unlike IBAN, which identifies specific bank accounts, SWIFT refers to a specific bank only — including banks in Australia. Some 40,000 banks and offices worldwide are part of the SWIFT network.

A SWIFT number is an alphanumeric number containing information that can identify either a bank, or a bank and particular branch. It can be 8 or 11 characters long, depending on which bank office it refers to.

An example of a SWIFT code is this one for Westpac WPACAU2S. If the sending bank requires an 11 character SWIFT code, Westpac uses the same generic one for all of their branches, and it is WPACAU2SXXX.

We can break down this SWIFT code to discover:

Where can I find my SWIFT code?

If you live in a country that participates in SWIFT, find your SWIFT number on your bank statement, by signing in to your online banking system or by calling your bank.

If you're sending money internationally and need a SWIFT number, ask your recipient for the SWIFT number of the bank to which their account belongs.

Is my SWIFT code the same as my routing number?

No. For domestic payments, Australian banks use a domestic routing code to identify your specific bank and bank account. It's made of a nine-digit number that identifies your bank, branch and your unique account number.

This routing number is found by signing in to your online banking system or reading your bank statement.

TorFX sends money overseas in 30+ currencies, with competitive rates for transfer amounts over $2,000.
Go to site

What is an IBAN code?

Short for International Bank Account Number, an IBAN code is a unique number assigned to specific bank accounts involved in international business. Though not exclusive to Europe, IBAN is used in most European countries. Australia does not use IBAN numbers, but you could encounter them when sending money to an international recipient — specifying the IBAN number makes for faster transactions.

An IBAN number is an alphanumeric number containing information that identifies a bank, country and account number. With lengths fixed by country, IBAN codes can be up to 34 characters.

Breaking down our UK IBAN code, we find:

Where can I find my IBAN number?

If you live in a country that uses IBAN, you can find your IBAN number on your bank statement or by signing in to your online banking system.

If you're sending money internationally and need an IBAN number, ask your recipient for the IBAN number of their deposit account.

The mysterious IBAN and SWIFT codes are anything but: They identify specific banks among the many financial transactions conducted worldwide among bank accounts. And they're especially important when it comes to international money transfers.

Learn more about getting the best rates and fees to friends, family and businesses abroad in our guide to international money transfers.

TorFX sends money overseas in 30+ currencies, with competitive rates for transfer amounts over $2,000.
Go to site
Was this content helpful to you?
Thank you for your feedback!

Rosie Russell is a money transfers producer at Finder. She is on a mission to make personal finance easier to understand. Rosie has a Bachelor of Communication (Journalism) and Bachelor of Arts in International Studies from the University of Technology Sydney.

Transfer money overseas for $0. Valid till 15 February 2022. T&Cs apply.
Use one account to transfer money in up to 10 currencies without transaction or ATM fees.

Azimo sends money directly to a bank account or over 280,000 cash pick-up points. It also has fast transfers to 50+ countries. 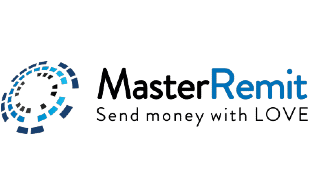