Shopify Plus GM: No business should be afraid of Amazon 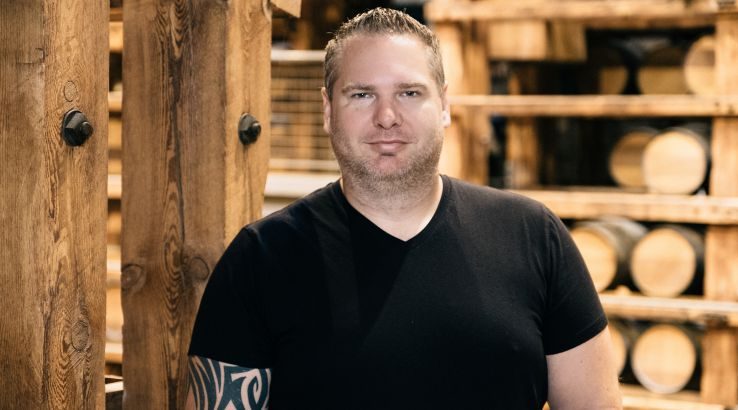 Loren Padelford on the mistakes businesses make when competing with Amazon.

A new phrase that Loren Padelford learned while in Australia was "tall poppy syndrome". The phrase came up during our chat about the Australian retail scene when I inquired how he, as the global manager for e-commerce platform Shopify's scalable "Plus" model, thought Australia was faring.

"I thought that was fascinating because part of me was like, why do you think you're behind? How did you convince yourselves you were behind?"

There are 35,000 Australian stores in the Shopify platform, making it one of the highest per capital entrepreneurial environments in the world, according to Padelford.

"You have to fend for yourselves a lot. It's like you can't wait. You're on a very big island, but you are on an island and it's a long way to wait for everything. And so Australians have just found a way to solve their own problems and that's spun up a lot of entrepreneurs, and that's great."

Taking the fear out of Amazon

Something Australians have waited for is the arrival of Amazon. Much speculation has been made on the retail giant's effect on the Australian market, but Padelford believes that fearing Amazon "is not a good strategy".

"I like to say that commodities live on Amazon and brands live on Shopify. And so we have customers that beat Amazon on a regular basis," he said.

"So I don't think Australians or anybody should be afraid of Amazon."

Padelford says that when Amazon enters a market, it generally makes it more competitive than it was before, but this then drives innovation.

"What you have to look at is, what is your competitive advantage? What do you do that Amazon would struggle to do? And then leverage that."

"If you think you can go and compete in Amazon's competitive advantage, it's not gonna work, right? What's funny about this is it's not new knowledge. There's a great book, it's thousands of years old. It's called The Art of War by Sun Tzu. And he said: 'Don't fight enemies on their battlefield'."

Padelford also notes that for some brands, Amazon will be a huge advantage.

"We have Amazon as a channel in other countries, and some brands leverage that to a huge success. They let Amazon do their marketing for them."

One Australian retailer that will be attempting to leverage the success of Amazon is Myer. While the department store announced what may be a lucrative deal with Amazon, it also recently announced its profits had dropped 80% on the previous year. Myer said it would be focusing on increasing online sales, which had actually increased despite its losses.

Shopify Plus is built for retailers of Myer's size, with the platform leveraging Shopify's original strategy of helping businesses sell online while translating the features to meet larger business needs.

Padelford explains the main difference between Plus and Shopify customers is complexity that has "traditionally been very hard to deal with." For retailers such as Myer, the shift in strategies to meet the demands of modern consumers may also be a difficult adjustment.

"Consumers don't really care about online and offline. They just wanna buy what they want to buy, wherever, whenever, and however they want to buy it. That creates its own complexity. In that, as a retailer now, if I want to engage my customers, I have to do it in a whole lot more channels than I ever had to before."

Myer's commitment to its online strategy may be a move forward for the retailer. However, Padelford says that while an online strategy is important, that just isn't enough anymore.

"There is no online and offline. You have to figure out where your customer is and then find a way to engage them where they are and do it in a way that's experiential. Retail is experience now."

What the success stories all do

Padelford says there are a few things that successful stores on the Shopify platform do. The first is that they leverage the story of their brand.

"There's always a good story behind them...Leveraging emotions, leveraging a story, leveraging the people involved is a big advantage," he says.

Successful retailers also try a lot of different channels. "They'll try Facebook, and they'll try Amazon, and they'll try lots of things to try and figure out what is the best mix that will work for that business."

Coming from one of the most globally successful e-commerce platforms, Padelford obviously stresses the need to leverage technology.

"Retailers have to focus on what they do best. And so we see a giant deleveraging from retailers off of their own IT systems and into rented systems."

"Part of that is just rapid technology and keeping up with the times, but part of it is also, why would you spend millions of dollars to be an IT company? That's hard enough. You're also a retailer."

Using the example of ASOS, he asks what if a business could be as big as ASOS but you didn't need anything that ASOS had to get started?