What we learned from the small business loans inquiry 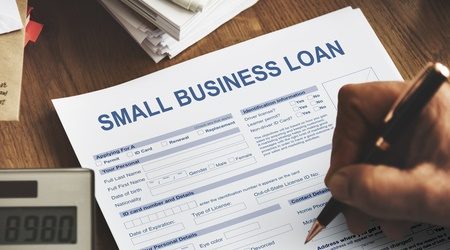 Representatives from the CommBank of Australia (CBA), Westpac Banking Corporation, National Australia Bank (NAB) and ANZ were all questioned and scrutinised regarding their practices, with the goal of providing a set of recommendations pertaining to potential changes to the current system.

We've analysed the investigation and run through the bank's responses to bring you the most relevant points highlighted by each of Australia's four major financial institutions.

ASBFEO Kate Carnell challenged ANZ deputy chief executive Graham Hodges as to why his bank and others cut off lending for small business loans at $1 million.

"What made you - the bank - decide that $1 million was the right figure for small business? It's a pretty low figure now. I think in the EU and other places it's now acknowledged that that is too low," she said.

"We have the small business category at a million, because - at that level and below - that picks up the vast majority of our small businesses and it also means that at less than a million dollars we're able to use more measures - sophisticated ways of assessing credit without them having to fill lots of additional forms, which would require a larger business to do in terms of their financial reporting," Hodges replied.

Carnell explored the bank's perception of customer responsibility with CBA chief risk officer David Cohen, relating to real-life incidents where loan facilities had been near-termination but there had been a lack of guidance around an appropriate notice period before cessation or refinancing.

"We spoke to the relationship manager of one of those cases after we spoke to you. And what was really interesting is, from his perspective, his role was to be introducing that customer to areas of the bank that would still like to sell him stuff... you were lending them money, everything was hunky dory, his job was to keep introducing them to parts of the bank who would be able to sell him," she said.

"Our responsibility is to ensure that our frontline relationship people... are openly communicating with the customer on a very honest basis. In circumstances where we have misled someone, that’s legally wrong. That’s actually a breach of the laws. So we can’t go and mislead people," Cohen replied.

"I suppose I'm just disappointed. Not just with your response to unfair contracts - but yours is as bad as the others, really - that what you've done is made the terms longer, more complex, but with just as many outs for the banks as the initial clauses that... contravene the new legislation," Carnell said.

"I hear your views. I concede that we want to make them even simpler. I also concede that contracts in a space are complicated, can be complicated, have been complicated and that goes against transparency, but I also think it’s important to apply another kind of test and that’s the customer test... where we have a specialised lender have a conversation with the customer, explain the key terms of the contract... and then have the customer leave with a firm understanding of that contract," Lindberg replied.

Carnell discussed the ways in which some Aussie banks impair the loans of their customers with NAB general manager group strategic business services Tim Williams.

"Taking into account that the covenants of nonmonetary default could be a whole range of things, including external events, like, the bank thinks that a particular location is under pressure... property values have come down in a particular area so you can revalue the security - the bricks and mortar that the loan is secured against. All of those things that have nothing to do with the business at all, really. Do you think it’s reasonable for... the person who’s running the business, doing what they can, paying their interest back, for the bank to move on those sorts of people, if they don’t want you to?" she questioned.

if the bank has a different a different change of view in terms of the risk around a particular sector, that doesn’t necessarily translate into a nonmonetary default... the underlying loan contract will govern the situation. So if the regulatory environment changes, for example, we have an adverse weather impost, then they still may be servicing their debt but that may have a dramatic impact in terms of their ability going forward and we can sit down with a customer and say we're not calling it default at that particular point in time. What we're saying is you’ve now got risk and you need to take some strategic re-balancing and we’re here to try and support that," Williams replied.