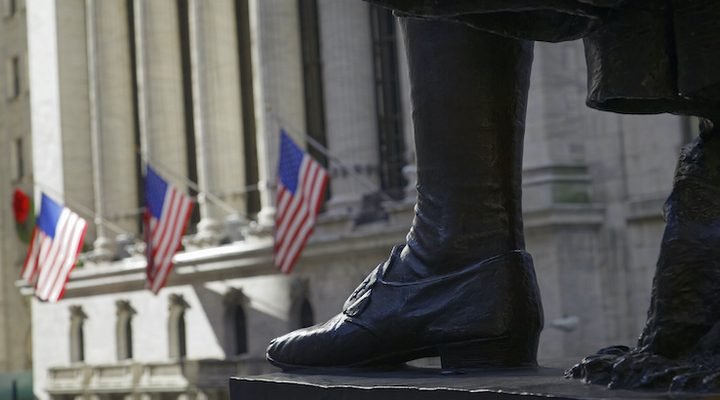 Reporting season is giving us a glimpse into which companies might succeed in the post-COVID-19 world.

Sponsored by IG Australia Pty Ltd (AFSL 515106). Pay $0 commission when you buy and sell Apple, Tesla, Meta and other top US shares in an IG Share Trading Account.

Sponsored by IG Australia Pty Ltd (AFSL 515106). Pay $0 commission when you buy and sell Apple, Tesla, Meta and other top US shares in an IG Share Trading Account.

Since COVID-19 started impacting the markets in late February, we’ve had a glimpse at how share traders think companies will perform amid recession, lockdowns and working from home rules.

But stock prices reflect investor sentiment, rather than actual performance. Earnings season is where the proof is in the pudding.

Earnings or reporting season – underway now in the US and Australia – is when companies release their annual or quarterly profit results and growth plans to shareholders.

With companies posting their first profit numbers since the crisis began, investors will be using it as a gauge for which companies could be successful in a post-COVID-19 world and which might be less relevant.

It goes without saying that the sectors most likely to see a boom recovery once the crisis ends are those that have been the most badly impacted. But the pandemic has also revealed a few new trends and top performers.

What has reporting season revealed so far?

Australia’s reporting season has barely started, but we can take a few clues from Wall Street which is part way through.

With much of the US locked down and closed for business, nobody is expecting stellar results. In fact, the broad consensus is that earnings growth will be down by around 40% among the biggest 500 companies on Wall Street.

Instead, the market will be watching whether profits are higher or lower than analysts' expectations as a measure of which firms are going to bounce back quickly (or not).

On that front, the results so far have been relatively positive with few major surprises, according to IG Market analyst Kyle Rodda.

“About 80% [of US 500 firms] have exceeded estimates – though of course, expectations were very low, and guidance was hard to come by in the lead up to it,” he said.

Among the most-watched stocks this reporting season will be the US tech giants – Facebook, Apple, Amazon, Netflix and Google (aka the FAANGs).

With people forced to stay at home, video streaming services, online conferencing and social media have become a bigger part of our lives – as the rally this year showed.

Importantly, investors will see US tech stock results as a potential sign that Wall Street stocks are as overvalued as the numbers suggest. While many of the tech giants have yet to report, Rodda says stocks are starting to show signs of weakness in the immediate future.

“Trends and general price momentum have either stalled, slowed or reversed slightly this reporting period, raising questions about the broader US stocks strength in the short-term,” said Rodda.

Companies listed on the tech-heavy NASDAQ have seen stock prices surge since the downturn in March, blowing out P/E ratios and leaving analysts speculating that stocks are overbought.

Netflix, the only FAANG so far to report, showed better than expected results, but disappointed investors with smaller growth projections and earnings per share (EPS), sending stocks in the company down around 13% in the following week.

Notably, although Microsoft also beat profit expectations, it missed the mark on its key online suite including Office 365 cloud and LinkedIn – resulting in a moderate share price fall of around 2%.

As with commodities, the financial industry comes under pressure when an economy slows, and it performs well when people are happier spending and borrowing.

It goes without saying that banking stocks will go through a growth stage after the crisis ends, but not all financial firms are made equal.

While retail banks have been hard hit by the recession, digital payment and investment platforms have boomed this year and, most importantly, are likely to remain relevant after the crisis ends.

According to research house IBISWorld, the buy now pay later (BNPL) industry is set to grow by 9.1% this year as major retailers such as Amazon, Kmart and eBay continue to adopt their services.

Meanwhile investment apps have also been wildly popular this year as people look to take advantage of the stock market volatility. More than 4,000 Australians a day opened share trading accounts between February and April.

“Perhaps the most conspicuous insight to be drawn from the reporting period so far was the performance of the big banks. The investment banks shot the lights out because of a record performance from their trading divisions,” said Rodda.

“But retail banks and the results of investment bank’s retail divisions really struggled and pointed to some tough times ahead.”

SPONSORED: Could one of these Internet technology companies be the next FAANG stock?

Travel and entertainment stocks have been among the worst affected for obvious reasons. But if the crisis ends quickly, they might also be the first to boom as desperate people rush to get out of the house.

In a recent Finder survey of investment analysts, almost a third of the 32 respondents said they thought there were travel bargains to be found while half said travel stocks were still too risky.

Profit results so far are dire – but not unexpectedly so. United Airlines reported a net profit loss of $US1.62 billion thanks to the slowdown in air travel while Delta reported a $US5.7 billion net loss.

Global cruise company Carnival Corp, which has been at the centre of the crisis, announced a US$4.4 billion loss and, like many airlines, the slimming down of its fleet.

Like many of the aforementioned sectors, a travel boom will come down to several factors, including how long the crisis continues for.

“The key issue here is 'when', and that right now is what markets are really trying to price in,” said Rodda.

“Further to that, an issue is whether this crisis ends only gradually, or by some miracle, probably due to the discovery of a vaccine, acutely. In the latter case, stocks roar, credit markets go berserk, industrial commodity prices lift off and risk currencies like the AUD would appreciate considerably.”

The commodity sector typically does well when economies are booming, building and manufacturing. By that same token, it also suffers when economies slow down.

According to Rodda, once the economy starts to recover, commodity stocks, which are a key focus of government stimulus packages, will probably benefit the most.

With the energy sector making up a big chunk of the ASX, oil and iron ore companies – that rely on purchases from China – have weighed heavily on the broader share market this year.

SPONSORED: Investors are told to focus on minimising fees when trading - but will that cost you in the long run?

SPONSORED: Our proprietary algorithm combines a range of factors to determine which ASX stocks could be on a promising trajectory.

SPONSORED: Are bank shares a bargain or do…