The new study on bitcoin and climate change misunderstands bitcoin 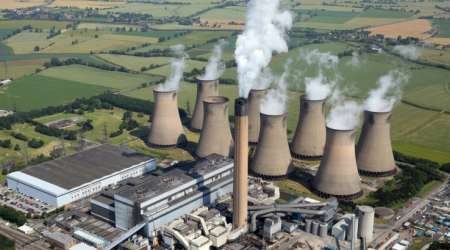 Bitcoin's energy consumption is not tied to transaction volume.

There have been a series of studies pointing at bitcoin's energy consumption and concluding that it could be environmentally catastrophic if bitcoin's popularity and usage continues to grow.

A new study from the University of Hawaii, published in Natural Climate Change on 29 October – almost right on bitcoin's tenth birthday – has crunched the numbers and concluded that some especially dire consequences might arise if bitcoin follows an adoption rate similar to other widely used technologies, and that it could single-handedly produce enough CO2 emissions to push global warming above 2°C in under three decades.

It reached this conclusion by estimating current energy consumption per transaction, then projecting its increase over time based on hypothetically growing transaction volume.

For some background, the reason 2°C is such an important benchmark is not because it's an especially important threshold in itself, but because it's more than enough to make a noticeable difference, it's a nice round number to build models around and we've already blown right past 1°C as a realistic limit. It's not yet possible to unpack all the consequences of climate change with complete accuracy, but as close to zero as possible is ideal to help minimise the upheavals that climate change will be causing in coming years.

So the gist of the study is that bitcoin, if it can account for a full 2°C all by itself in just a few decades, can single-handedly undermine global efforts to combat climate change and really make a mess of the planet.

It's good news, then, that it's based on flawed assumptions.

Appropriately for crypto, the study's data and models are available on GitHub.

This study estimated that bitcoin usage resulted in the emission of 69 million metric tons of carbon dioxide in 2017, while accounting for just 0.033% of cashless transactions that year. With that as a starting point, it extrapolated the data assuming bitcoin adoption - as measured by transaction volume - followed certain adoption models of other technologies.

The 69 million tons estimate came from collecting the data of all bitcoin blocks mined in 2017, examining databases of bitcoin mining software to see how much energy each tends to use, looking at the C02 emissions of the electricity generated in the countries where bitcoin is mined, and then mashing those numbers together to get an estimate of total global carbon emissions from bitcoin mining in 2017.

It then assumed that bitcoin transaction numbers would increase over time following the median of several models to eventually account for a significant proportion of global cashless transactions.

It then used this model to scale up predicted energy consumption based on increased transaction volumes.

The main problem is that bitcoin's energy consumption is not directly correlated with its transaction volume.

Assuming it does belies a fundamental misunderstanding of how bitcoin's blockchain works. With this flawed foundation, the entire study might have been a near-complete wasted effort, and all reporting of the study which fails to address this point might similarly be a wasted effort.

Or a waste of energy, if you will.

This is not a new problem with research in this area, and it's frankly mystifying that researchers continue to make this exact same error, and that various outlets continue reporting on these inherently broken studies as though their conclusions are grounded in fact.

Bitcoin price and hashrate are the only significant factors to consider when trying to predict bitcoin's energy consumption. And even if you want to bend your credulity over backwards and assume that bitcoin transaction volumes correlate with price, you're still directly at odds with reality.

How it actually works: A quick primer

Bitcoin is designed to spit out a new block every 10 minutes on average. These blocks carry the transactions.

The energy that goes into the bitcoin network is for the purpose of "finding" these blocks by solving maths problems with computing power. This application of computing power is known as mining, and it's measured by hashrate.

However, the blocks need to keep coming out at an average rate of one every 10 minutes because that's just how Satoshi economics works.

The problem is that as the hashrate increases, one would naturally expect blocks to start being discovered more quickly. To adjust for this, the network dynamically adjusts the difficulty of the maths problems that need to be solved.

Transactions do not enter into it except tangentially and negligibly.

Bitcoin's energy expenditure is driven by mining profit margins. Currently, each block mined comes with a reward of 12.5 bitcoin for whoever finds it by solving the problem. The reward is usually split among mining pools, but that's not really relevant here.

What is relevant is that each of those 12.5 bitcoin block rewards is currently worth some US$80,000, and that mining rewards are fixed as a set number of bitcoin which will change over time. It's 12.5 bitcoin right now, but is expected to drop to 6.25 bitcoin around 22 May 2020.

A miner's goal is to discover blocks efficiently enough that these rewards can cover the cost of the energy they used to find those blocks. There are three key facts to remember:

What researchers need to be looking at

Instead of wasting their energy by incorrectly tying together bitcoin transaction counts and estimated energy consumption, studies that want to explore the environmental impact of bitcoin mining need to look at two things: bitcoin prices and current network hashrate.

These two factors alone are enough to say with a high degree of certainty whether bitcoin's hashrate – and therefore its energy consumption – will be increasing, decreasing or staying more or less the same at a given time. This is because they can tell you whether consuming more energy would be profitable for miners at a given time. 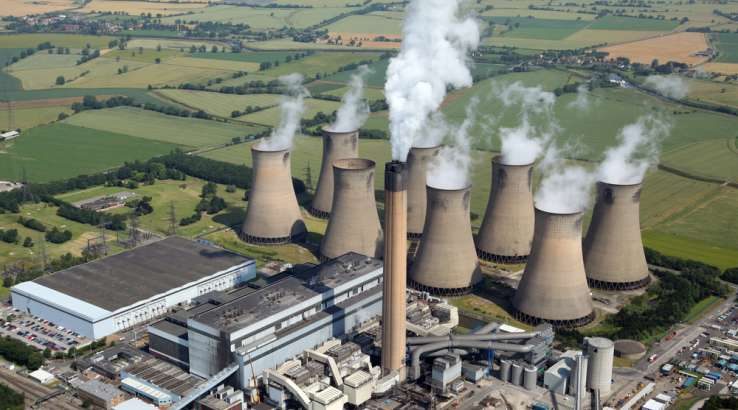 Transactions only enter the picture peripherally as a very mild dash of extra revenue in each block. Right now average transaction fees per block are about $900 on average, but will vary widely between blocks, making them a negligible and inconsistent part of the picture next to the total $80,000 block reward.

Transactions are only relevant to bitcoin energy consumption insofar as they very slightly increase the amount of energy that miners can profitable consume.

To actually use this in a meaningful way, it's worth noting that the energy efficiency of mining operations will vary widely based on a number of factors. The more energy-efficient a mining operation is, and the cheaper its energy, the more it can tolerate lower bitcoin prices. The less efficient outfits are already getting squeezed out of existence by bitcoin's sinking prices throughout the year.

The only way transaction count will be worth considering is if bitcoin becomes a sufficiently popular payment method that each block is filled and so demand for space on blocks, and therefore the transaction fees chosen by senders, increases considerably. But if this ever happens, people will stop using bitcoin because transaction fees are too high, which puts it right back to being a negligible factor.

Other observers have also found other potential flaws in the study, but its broken foundations are reason enough to dismiss it without splitting hairs. But many, many more are reporting on this new study as though it has any results worth reporting.

For reference, here's bitcoin's hashrate over the last 12 months. Note its tendency to increase in what's almost certainly not a sustainable fashion.