Driving for Uber vs Taxify: Which pays more? | finder.com.au

Taxify vs Uber: Side by side comparison for drivers

Bolt (Taxify) seized operations in Australia in April 2020. The information below is about the services they were previously offering.

The Taxify rideshare app launched in Australia on 12 December and was quickly dubbed an "Uber killer."

But is it actually that much better? We compared Uber and Taxify for drivers side by side to find out.

Looking to ride? Check out our comparison for riders to see which offers the better ride for price, deals and more for you.

Prices and fares, side by side.

For both drivers, Taxify is likely to offer better value for money in almost all situations.

Most notably Taxify takes a substantially smaller cut of the driver's earnings than Uber does, and is offering a promotional price-beat offer which theoretically guarantees cheaper Taxify rides than Uber rides for the duration.

Why would I NOT use Taxify?

Uber still has an advantage in a few areas:

And while passengers might favour the typically-lower and less active surge pricing of Taxify, drivers might feel otherwise.

Although Taxify will typically offer its drivers a larger cut of the total, higher surge pricing might lead driver-partners to stick with driving for Uber during peak hours or busy times.

The interface and how it works

Taxify works almost exactly like Uber, right down to the rating system. 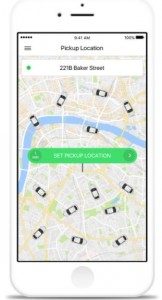 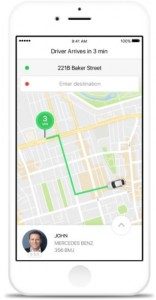 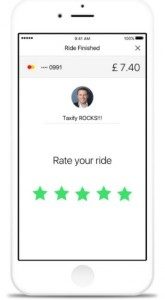 Taxify was founded in Estonia in 2013. Today it’s the most popular taxi rideshare company across large parts of Europe and Africa, tracking at about $1 billion revenue a year.

Uber was founded in the USA in 2009, and is generally one of the leading rideshare companies anywhere Taxify isn’t. It’s earning about $6.5 billion in revenue a year.

How can Taxify afford to offer cheaper rides?

Uber has had a long struggle with profitability. Despite its multi-billion dollar revenue, it reportedly had a $2.8 billion net loss in 2016. So how can Taxify afford to be even cheaper?

According to a Taxify spokesperson, it's simply because they run a tighter business than Uber.

Both Taxify and Uber have received billions of dollars in investment, with the aim of growing to greater profitability.

And both Taxify and Uber can always use more drivers.

To get started you can download the Taxify app here for iOS and here for Android.