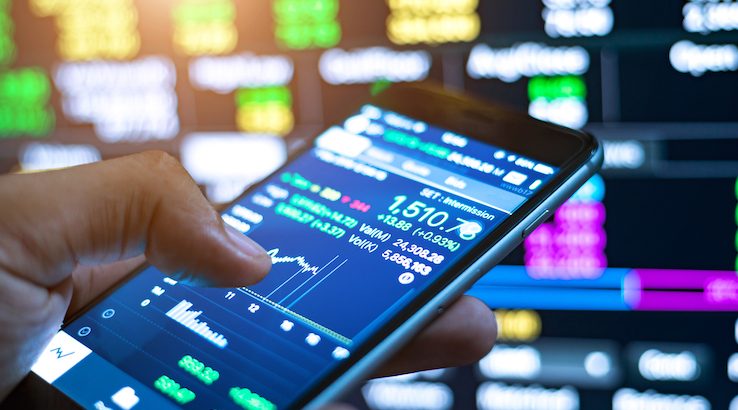 ASIC has delivered a warning as over 4,000 Australians a day pour into the stock market.

The market volatility of the last few weeks has seen an extraordinary number of Australians jump into the stock market through online brokers.

It comes as a new ASIC report revealed more than 140,000 new investors signed up to brokers between 24 February and 3 April, or an average of 4,675 new accounts a day.

That's an increase of around 3.4 times compared to the previous 6-month period, with new investors now seemingly accounting for 21% of all existing accounts.

Good news! You can now track your investments through the Finder App by connecting your share trading accounts. Sign up today to start saving

Unsurprisingly, all this activity has prompted the corporate watchdog to deliver a warning to inexperienced investors to stop risky "daytrading" strategies – because many appear to be failing at it.

"Even market professionals find it hard to ‘time’ the market in a turbulent environment, and the risk of significant losses is a regular challenge," ASIC cautioned in a statement on Wednesday.

When there's a stock market correction it's not usual for trade volumes to rise as investors look to scoop up bargains.

"Interest in what is happening in the market is at record levels and stems from both investors seeking to protect current portfolios as well as looking for new opportunities," Burns told Finder.

"We’ve seen a large response by customers, both new and existing ones, as well as a lot of customers that haven’t traded for some time."

Search volume on Google for the term "how to buy shares" in Australia spiked at the start of March after global stock markets plunged by as much as 20% in a matter of days.

Traffic on Finder to share trading guides has also more than doubled since the market crash began on 21 February compared to the previous 3-month period.

The problem according to ASIC is that retail investors aren't simply investing – many are trying their hand at daytrading, and losing money doing it.

While value investors aim to buy good quality stocks for the long-term (AKA the Warren Buffet method), day traders try to snap up quick profits by buying and selling stocks frequently based on predicted market movements.

But timing the market is a technique that even the professionals find difficult.

"For retail investors to attempt the same is particularly dangerous, and likely to lead to heavy losses – losses that could not happen at a worse time for many families," ASIC said in a statement.

Between 24 February and 3 April, retail investors made one trade on average per day, compared to one trade every 4.5 days in the period prior.

That accounts to a loss of around $230 million if no other action had been taken.

On CFD trading platforms, losses appear to have been even higher. Between 16-22 March 2020, net losses from trading CFDs were $234 million from 12 CFD providers.

"Leverage inherent in CFDs magnifies investment exposure and sensitivity to market volatility, so retail clients should be particularly cautious about investing in leveraged products at this time," ASIC warned.

Instead of trying to "time the market", Medallion Financial's managing director Michael Wayne said investors should be focused on the long term.

"History suggests that investors who deploy cash after a 30% decline in markets improve their chances of success, the assumption being they take a more 'buy and hold' approach," said Wayne.

Despite ASIC's warning, Wayne believes it's a good time for people to be investing.

"Ostensibly it's preferable to be investing after a sizeable correction, rather than chasing markets at multi year highs," said Wayne.

"The question is whether those setting up the new accounts are investing for the long term or actively trading."

According to data by CommSec, trading decisions have evolved over the last couple of months, with more investors now focused on buying blue chip stocks, such as the major banks and the miners.

After a market crash, major blue chip stocks are often thought to be a good buy because their price will likely rise again once the market corrects.

By April the top five most bought stocks included all five of the major banks, with CBA (CBA) the most popular, followed by Westpac (WBC), Qantas (QAN), NAB (NAB) and ANZ (ANZ).