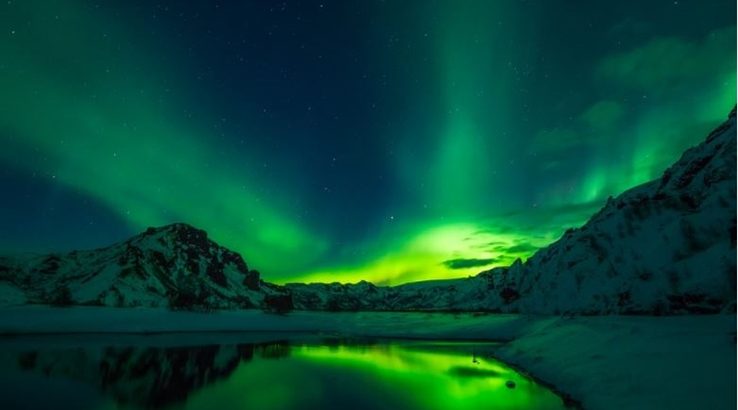 Iceland welcomed the economic diversity of crypto mining, but is looking well beyond it.

Iceland is a relatively small country with just a few staple industries. Tourism is naturally one of them, as is fishing.

Aluminium smelting has also become part of its backbone. The practice is extremely energy intensive, and thanks to its rivers and geothermal activity, Iceland has cheap, clean power to spare. The same cold and energy-rich landscape has also seen it become a cryptocurrency mining hub, expected to consume more than 100 megawatts by the end of the year.

Iceland's government welcomed bitcoin mining in part because of a desire to diversify its economy, but now bitcoin's temperamental prices and tendency towards unsustainability are also making Icelanders wary of leaning too heavily on crypto mining alone.

But even if the mining rigs go, it still sees a very bright future for data centres as the world moves to artificial intelligence.

He's not the first to make the connection. Bitmain is currently the world's largest bitcoin mining chip manufacturer and bitcoin miner, estimated to control about 50% of the network hash power. It's similarly keen on diversifying beyond bitcoin so the business can survive even if bitcoin doesn't.

In five years time, estimates Bitmain CEO Jihan Wu, AI chips could account for as much as 40% of the company's profits.

Gisli Kr. Katrinarson, chief commercial officer at Advania, Iceland's biggest data centre operator, notes that all the mining operations have prepared Iceland well for a shift to data centre management of other blockchain systems. Operators have "developed immense knowledge about the most efficient ways to operate and maintain these blockchain systems," Katrinarson said to Bloomberg.

Kristinn R. Thorisson, director of the Icelandic Institute for Intelligent Machines expects data centres to be an essential part of the future of AI, and foresees a long term future for Iceland's current investments in crypto mining hubs.

He described the data centres currently being occupied by bitcoin miners as "central to the industrial revolution that is still underway".

Thorisson is referring the so-called "fourth industrial revolution" as described by Klaus Schwab, the founder and chairman of the World Economic Forum.

The first was the harnessing of steam power to make production possible on an entirely new scale, and allow the creation of machines and materials previously thought impossible. The second was the control of electricity at the start of the twentieth century, and the lightbulbs, phonographs and combustion engines that would make use of it.

The third was the digital revolution and the transition to ever smaller and more powerful electronics, which put computers and software at the centre of the world.

The fourth came along before the third even ended. It's based on data and connectivity, and is seeing the developments of the third industrial revolution being ever more efficiently turned to all areas, including bio- and nanotechnology, the Internet of Things, robots, artificial intelligence, quantum computing, cryptocurrencies and similarly exciting-sounding developments.

With data being the lifeblood of systems, data centres will naturally be playing an active role. Artificial intelligence, distributed ledger technologies like blockchain and cryptocurrencies are going to be tied at the hip, and all will be dependent on massive data processing and storage centres.

He predicts a significant reliance on data centres for at least the next 50 years, suggesting that Iceland is in a good position to take advantage of the non-bitcoin digital gold rush in the near future.

What's happening behind the prices in a…

Ren (REN) cryptocurrency: How it works and where to buy it

Learn more about the REN cryptocurrency in…

SushiSwap: The story so far and what happens next

If you only have time to look at one hasty…

Learn more about the CoinField cryptocurrency…