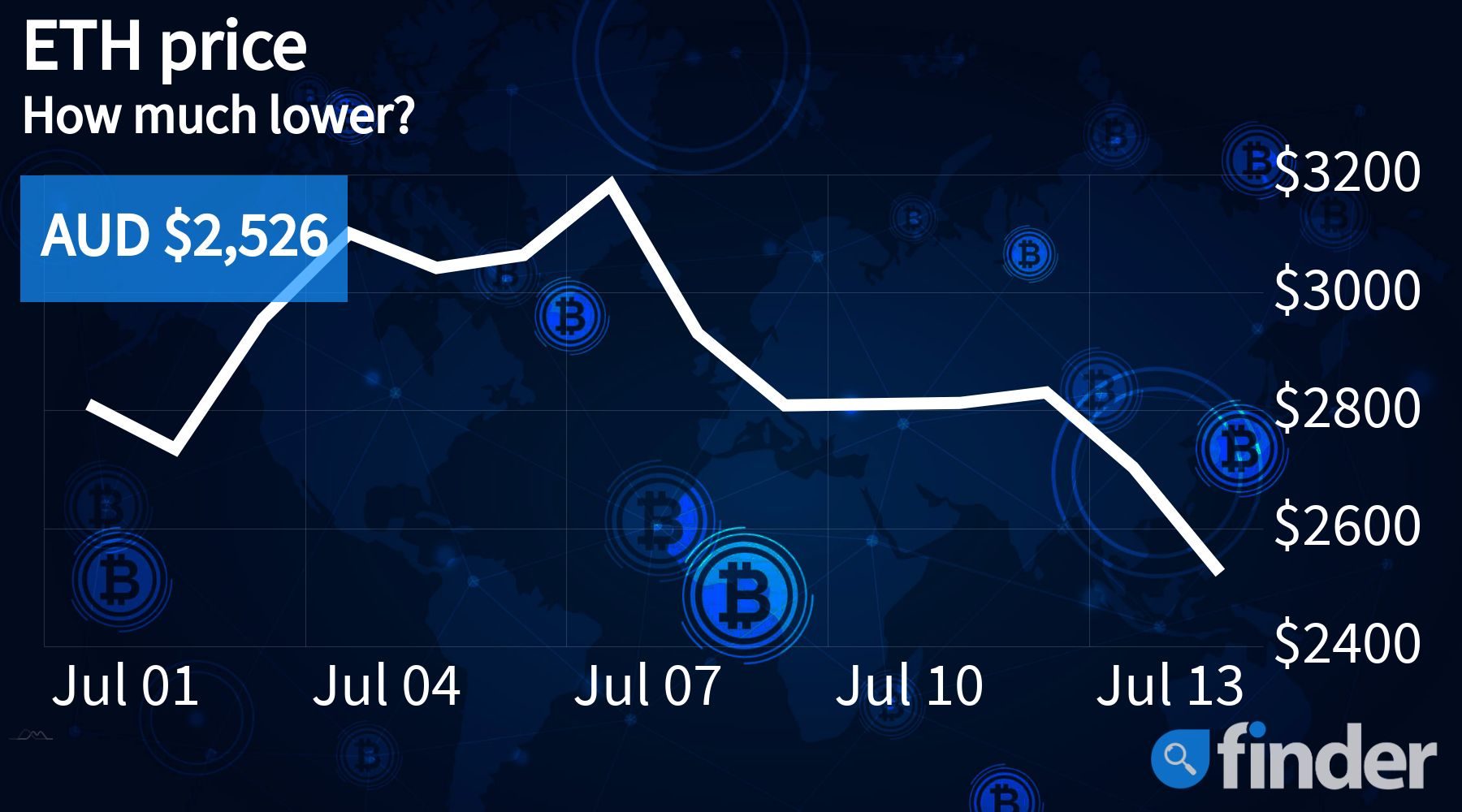 After showing a lot of bullish promise recently — primarily in the wake of its recent London Hardfork deployment on the Ropsten testnet — Ethereum, the world's second largest cryptocurrency by total market capitalization, is now in the red bigtime, currently showcasing losses of more than 7% over the last 24 hours. At press time, ETH is trading at a price point of around AU $2,540.

In recent days, the ETH/USD pair has been following in Bitcoin's footsteps quite closely, with the latter also down 4% since July 13, leading many analysts to suggest that the marketwide cleanse could be due to latest U.S. inflation data — which suggests that levels are currently at their highest in nearly three decades. To be a bit more technical, the U.S. consumer price index rose by a sizable 0.9% last month to hit a year-over-year ratio of 5.4%.

Additionally, it also bears mentioning that as per a Federal Open Market Committee meeting that took place in June, most officials are of the opinion that two interest rate hikes are needed by the end of 2023, especially if inflation levels continue to run hot above their set 2% target. For those unaware, the US Federal Reserve has maintained near zero interest levels (of around 0.25%) since Q1 last year, resulting in increased monetary dilution as well as a rise in demand for alternative SOVs such as Bitcoin.

That being said, on a purely objective note, since the start of 2021, Ethereum has been able to outperform most other premier cryptocurrencies like Bitcoin by big margin, thanks in large part due to the rise of the decentralized finance (DeFI) sector, increased adoption of stablecoins as well as growth of the non-fungible token (NFT) market.

Experts are still bullish about ETH

To gain a better overview of what lies ahead for Ethereum, Finder reached out to Gustavo De La Torre, Business Development Director for cryptocurrency trading platform N.exchange. He believes that after all the short-term volatility subsides, the fact still remains that by adopting a proof of stake (PoS) framework, Ethereum's dev team is looking to devise an ecosystem that is not only safer, cheaper that its previous iteration but also substantially quicker, adding:

"All in all, the preliminary launch of the London Hardfork upgrade is a step in the right direction for the premier altcoin to become a more energy-efficient and sustainable cryptocurrency in the long run. We may begin to see the renewed interest that can stir increased buyups and an eventual surge in price should all things go well."

In De La Torre's view, the weeks following the mainnet deployment of EIP 1559 will be crucial, since it is entirely possible that the altcoin may start to retrace its prior movements, eventually setting down around the US $3,500 to US $4,000 range.

Lastly, Konstantin Annismov, executive director for cryptocurrency exchange CEX.io, told Finder that, as things stand, a number of traders are holding out and waiting for certain monetary cycles to conclude before they start investing again. "Binance's woes and the European Union's quest to crack down on crypto asset-related money laundering are not helping things", he closed out by saying.