5 reasons why the new Ethereum ASIC miner is (probably) worthless 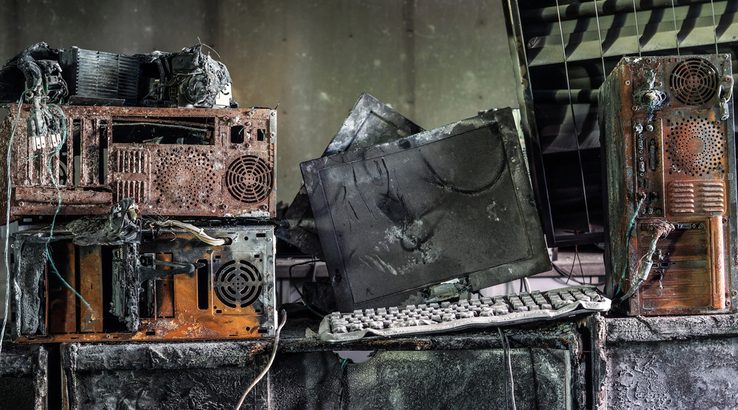 The expected returns from the $800 Bitmain E3 Ethash ASIC miner are less than zero.

ASIC mining has taken over bitcoin and consolidated its hashing power into just a handful of different pools and companies. It's a fate that most other coins would rather avoid, to avoid potentially dangerous centralisation of their networks while also ensuring that mining is at least somewhat viable for individuals.

Ethereum has long-resisted ASIC mining, so Bitmain's announcement of the world's first Ethash Ethereum ASIC miner, the Bitmain Antminer E3, is making waves. It aims to deliver a hash rate of 180 Megahash on Ethereum's EthHash, making it about 6 times faster than the Nvidia Geforce 1080 which tends to do about 30 Megahashes.

With a similar price to the Geforce 1080, it might look like a steal. Unfortunately, anyone brave enough to pick one up will almost certainly end up losing money.

The first reason is that even in perfect conditions you're still looking at a very unexciting ROI.

In an impossibly best case scenario you're looking at 133 days to break even.

But while Bitmain will happily take your money today, the gear won't be shipping until 16-31 July. Assume you somehow manage to get it right away on 16 July, run it under those impossibly good conditions starting immediately and you won't break even until 26 November. Under real world conditions you'd almost certainly be waiting until 2019 for a profit.

This is a problem, because there's a decent chance of this miner being obsolete before it even ships, and super obsolete 6 months after that.

There are four key reasons why ASIC miners won't have a chance on Ethereum, especially when there's so much lead-in time.

It might not work as promised. The EthHash algorithm needs a lot of memory, and regardless of whether you're mining with a GPU or an ASIC, those storage requirements are the main bottleneck. Developer Nick Johnson told CoinDesk that ASIC doesn't seem to have any improvements that would boost its performance that much higher than the GPUs used today.

Ethereum plans to migrate to a proof-of-stake system with the Casper upgrade. This will render the E3 completely useless. You can do other things with a GPU, but an ASIC miner that can't mine anything is just an expensive paperweight.

There's no revealed timeline for this update, but it went into testnet at the start of 2018 and many people seem to expect it sometime in late 2018 or early 2019. Even in near-perfect conditions a miner would still be extraordinarily hard pressed to make a buck from their rig before that hard deadline.

The mining rewards will be sharply cut before then, as Ethereum enters its hybrid PoS/PoW mode. Current specifications will see mining rewards cut by 80% in this period. If it's almost impossible to make your money's worth under current rewards and perfect conditions, there's no chance at a fifth of the mining rewards. 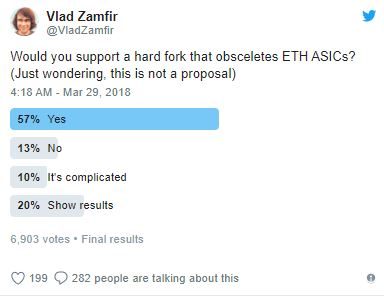 Despite the community interest in vigorously eliminating any ASIC presence from the Ethereum network, it likely won't be necessary with Casper on the horizon.

"I'm not convinced it's worth expending resources caring too much, except to push faster on Casper," Buterin said in a developer chat in February.

And if it comes to it, there are easier ways to render ASICs useless than a hard fork. "Poisoning the well," as it's been called in proposals, might be an easy enough way to stymie ASICs without getting side-tracked by bricking them outright with a hard fork.

Unlike bitcoin, the Ethereum network can carry a wide range of different transaction types, which offers a solid natural protection against highly-specialised ASIC miners. But if a certain type of computation (ASIC) should become prevalent anyway, conventional miners can simply introduce a large number of ASIC-unfriendly contracts into the network to clog the pipes of ASIC miners, while still allowing the more prevalent and general-purpose GPU miners to do their thing. 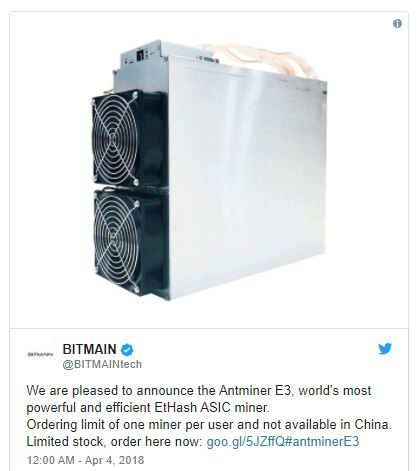