Charlie Shrem accused of stealing 5,000 bitcoin from the Winklevoss twins 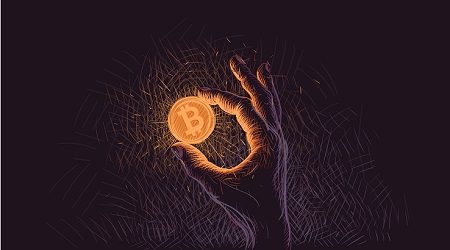 The bitcoin blockchain makes investigation easy, especially when you can tie a name to an address.

Between September 2012 and February 2013, Winklevoss Capital Fund (WCF), headed by the Winkelvoss twins, entrusted Charlie Shrem with $750,000 and the "absolute discretion" to buy bitcoin at the best price, according to a lawsuit filed on 26 October.

"Shrem embraced bitcoin at a time when it seemed a fool's errand to do so," the suit concedes.

Shrem later did a year in prison after pleading guilty to helping people convert fiat to bitcoin to buy drugs online, through his now-defunct BitInstant exchange. But this was all a while ago. So why is Shrem being dragged back into the legal spotlight now?

The New York Times suggests Shrem's recent displays of wealth might have raised flags. Over the last year, it says, Shrem has bought two Maseratis, two powerboats, a $2 million house in Florida and some smaller pieces of real estate.

The lawsuit notes that the Winklevoss twins were well aware of the apparently missing bitcoin at the time, and may have been on the way to putting a legal boot into Shrem, when he was arrested for other reasons, but might not have suspected there was any wealth to recover until he recently started splurging.

"Either Shrem has been incredibly lucky and successful since leaving prison, or — more likely — he 'acquired' his six properties, two Maseratis, two powerboats and other holdings with the appreciated value of the 5,000 Bitcoin he stole," the New York Times quotes the suit as saying.

It may be worth noting that incredible luck and success is not necessarily off the table. Andreas Antonopolous, another early bitcoin evangelist, received millions (at the time) in bitcoin donations from the bitcoin uber-wealthy after he revealed that circumstances forced him to sell his holdings early, and that despite being involved in the space early on he wasn't actually a bitcoin millionaire. Elsewhere, people who now have more money than they know what to do with are cryptographically hiding millions of dollars in bitcoin in puzzles, and inviting the world to crack the code and claim their fortune.

The bitcoin boom of late 2017 made quite a few people incredibly wealthy, and you don't have to look far to see people looking for ways to dispose of their money. With Shrem's status in the industry, his connections with other now-incredibly-wealthy early bitcoin users, it's not inconceivable that he's been getting mansions, Maseratis and millions of dollars as gifts.

On the other hand, blockchain forensics can provide a very clear trail of evidence, and that's where the Winklevoss twins are looking.

Blockchain forensics firm Elliptic got on the case.

But bitcoin might be the worst possible choice for someone who wants to keep their transactions hidden, as Russia's election hackers found out the hard way. To get a sense of just how not-private the bitcoin blockchain is, one might even do an armchair investigation of their own by following along with Elliptic.

The starting point might be Elliptic's discovery that in a 2014 post on Bitcoin Talk, Charlie Shrem admitted to owning a bitcoin vanity address that included his name.

Charlie "Van Bitcoin" Shrem signed his name under the account avatar, signed off with his name on the post itself and linked out to his own website (which now redirects to his Medium page) in the signature.

One might assume beyond a reasonable doubt that the author of that post was indeed Charlie Shrem, and that the address provided is therefore definitely Shrem's.

Investigators now had a starting point. And that's why rule number one for bitcoin privacy enthusiasts is to never, ever, ever tie your real world identity to a bitcoin address.

The vanity address is here:

It no longer holds any bitcoin, as Elliptic found, but it was easy enough to follow the money that did go in and out of it.

They came across this transaction of exactly 5,000 BTC that arrived at it on 31 December 2012. It was the correct amount of bitcoin, at the time when 5,000 BTC went missing.

Following the money is relatively easy with bitcoin. It's mostly just a question of how far one wants to follow it, and whether any mixers or tumblers obstruct the trail. There's always a trail to follow right up until the final location of the money, at which point there's a course of action such as going to a centralised exchange or merchant that eventually received the money, with a police report in hand.

The trail leading from Charlie Shrem's vanity address (top chain, second from the left) can be visualised like so: 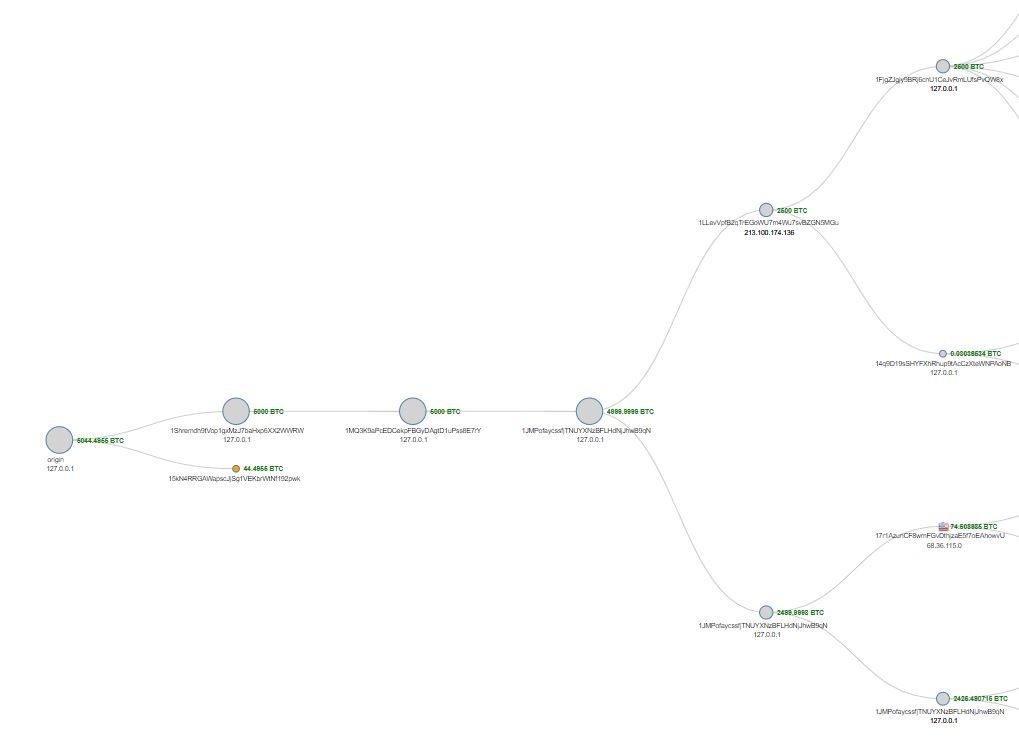 This might prove that Shrem handled 5,000 bitcoin at the same time as 5,000 bitcoin allegedly went missing, but it doesn't necessarily prove that it's the same 5,000 bitcoin, so to speak. While the same blockchain forensics can also be followed upstream, it might be harder to draw conclusions about who owns which wallets, why they're sending funds that ended up in Shrem's hands and how exactly that allegedly missing $61,000 was initially converted into bitcoin.

As you might imagine, bitcoin traders often weren't really up to date on their AML/KYC procedures back then.

This level of transparency can also be a very good thing. Wherever financial transparency is called for, such as in the distribution of government grants, these kinds of systems can be a very useful way of automatically making financial data publicly available.

Similarly, it's easy to see why accountants, businesses that want to create audit trails, and many more, are interested in the automated transparency that blockchain can offer.

Judge Jed Rakoff, of the Federal District Court for the Southern District of New York, has approved an application made by the Winklevoss twins last September, to freeze any funds that Shrem might hold at Xapo and Coinbase.

And naturally it would be imprudent for anyone to jump to conclusions, but the facts that can be established are that:

Shrem's lawyer said in a statement that the claims were baseless, and Shrem intends to defend himself against them. "The lawsuit erroneously alleges that, about six years ago, Charlie essentially misappropriated thousands of bitcoins," Shrem's lawyer said. "Nothing could be further from the truth. Charlie plans to vigorously defend himself and quickly clear his name."

Shrem is still a prominent figure in cryptocurrency circles. He founded and then resigned from his position at the Bitcoin Foundation in 2014, and then founded Crypto.IQ more recently. He's also serving as an advisor to a range of other projects, and is closely involved in the space. Gemini also holds a prominent position in the cryptocurrency world, and similarly has its fingers in a lot of pies. This suit, therefore, might have various impacts on a range of projects around the cryptocurrency world. Or it might quietly settle.