Bitcoin SegWit2x hard fork: Everything you need to know 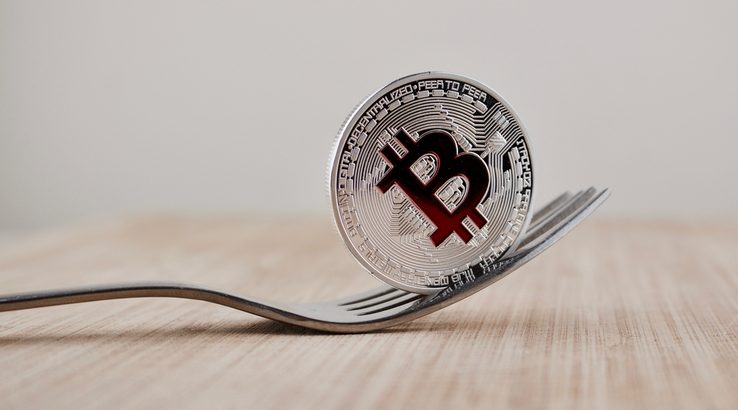 A new version of bitcoin is about to branch off this week. Here's the lowdown on Segwit2x.

The bitcoin Segwit2x (B2X) hard fork is set to come at block 501451, or in around two days on 29 December, after an initial cancellation in November. The B2X fork will increase block sizes from 1MB to 4MB, reducing transfer costs and speeds.

Segwit2x was originally cancelled last month after a lack of consensus among the bitcoin community, resulting in the development team behind B2X making more changes before the hard fork this week.

When it forks this week, B2X will reduce block times to 2.5 minutes (down from 10 minutes for bitcoin) and increase block sizes from 1MB to 4MB.

This isn’t the first bitcoin fork, with the cryptocurrency forking four times this year already, birthing Bitcoin Cash (BCH) in August, Bitcoin Gold in November, and both Bitcoin Diamond and Super Bitcoin in December. Bitcoin Cash is probably the one you’ve heard of recently, after prices more than doubled in the last month.

What separates Segwit2x from bitcoin?

On a high level, B2X will allow for faster and cheaper transactions by allowing more transactions to occur in each block, and for blocks to have faster production rates.

The founders of B2X say this will happen by implementing the following:

The roadmap for the next 12 months for B2X also includes some other big additions:

These solutions all sound good on the surface, but not all in the bitcoin community are happy. One of the biggest issues is that it allows for transactions over a “second-layer solution”, such as the Lightning Network mentioned above. This means part of the transaction would move off the blockchain network, which many believe defeats the purpose.

When this issue arose earlier in the year when SegWit2x was first announced, it was one of the things that inspired the creation of Bitcoin Cash. Instead of trying to fix multiple parts of bitcoin like B2X, Bitcoin Cash simply multiplied the block size to 8MB to help solve backlogged blocks and speed up transactions, while still keeping everything on the blockchain.

What is a bitcoin hard fork and why does it happen?

Like any species, as the conditions around it changes and it faces more challenges, it needs to adapt and evolve to survive. This is essentially what happens with a bitcoin fork.

Traditional bitcoin has many challengers, particularly because of its 1MB block size. When BTC was first created, this was more than enough space to process every transaction quickly. But as BTC has become more popular, and trading volume has increased, transactions have become delayed as transactions wait for the next available block space.

As problems such as this keep getting worse, the wider bitcoin community looks to fix these issues to help its growth.

However, due to the nature of bitcoin requiring a consensus across the network to make any changes, it becomes extremely difficult to make any major changes, which is why we see what are essentially evolved forms of bitcoin – branches of the bitcoin DNA with a few changes to it.

As a result, a successful hard fork can essentially create billions of dollars overnight, with the new currency also holding value. At the time of the fork, each B2X will be worth 0.01 BTC.

How to get B2X after the hard fork

Several big exchanges, such as Coinbase, have already confirmed they will be accommodating B2X on launch, which means if you currently hold 3 BTC, you will receive 3 B2X in your Coinbase wallet automatically.

If you don’t own any BTC, you will be able to purchase B2X on most major exchanges in the same way you buy BTC or Bitcoin Cash now.

It’s unclear and always extremely difficult to work out what will happen to prices after a fork. Bitcoin miners, traders and exchanges all usually take sides and play a major role in the success of the coin.

BTC miners will play a huge role in determining the success, depending on where they focus their software. Back in May, it was believed B2X could take over as the main form of bitcoin with over 83% of hashing power signed on to support B2X.

However, in recent months, a few big companies have withdrawn their initial support, meaning sharp price shifts around both currencies could occur until one is seen as the clear winner in the near future.

Many also argue that consumer exchanges such as Coinbase can act as a bit of a king maker for currencies based on who they support. This was evident when the price of BCH increased after Coinbase decided to support it.

If B2X comes out on top, it could become the new bitcoin and take up the BTC ticker. If it fails, it will just fizzle out and become essentially worthless.

What exchanges are supporting SegWit2x?

Most of the big exchanges are expected to support B2X; however, there are a few that have announced they either aren't or are waiting until it's safe. Most of the exchanges that will support it, including Coinbase, have also announced they won't be trading for 24 hours before the fork for security.

For now, these are the exchanges that have confirmed they will be supporting B2X:

What wallets are supporting SegWit2x?

Official wallet support for SegWit2x has been limited so far; however, if you keep your coins with a wallet linked to an exchange above, such as Coinbase, these will be supported. While more are expected to support B2X in the coming weeks, if you use a third party, the following have announced they will be supporting B2X:

What happens if B2X becomes the new bitcoin?

If B2X prevails and gains consensus support, becoming the new BTC, it will mean that the rules around BTC will need to change to that of B2X. This will mean increased block sizes and faster transaction speeds.

These faster speeds will make it easier to use bitcoin as an actual currency, which it isn’t really used for due to the delays between transactions right now.

By taking over the BTC name and ticker, it will also mean that B2X will be able to keep bitcoin’s value even with the new rule changes.