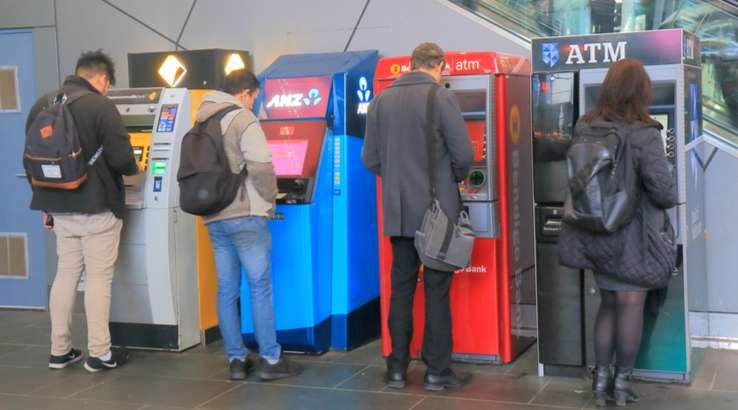 This guide is sponsored by IG Markets (AFSL 220440). Trade US shares now at $0 commission, and Aussie shares from just $5 when you trade 3 or more times in the previous month. You won't find these rates and 45 years of experience with any other provider. Find out more.

CommBank (CBA), Westpac, NAB and ANZ are some of the most popular stocks in Australia because they're seen as safe, reliable dividend stocks.

However, with interest rates at record lows and the country entering a recession, the last six months haven't been easy on our banking sector.

Adding to their woes, the major banks have been forced to cut or delay dividends to shore up company profits.

Despite this, many investors will be seeing the market correction as an opportunity to buy stocks at a discount. The question is whether this is the case for our blue chip bank stocks.

Are major banks a bargain?

Although shares of the major banks are much lower than they were at the start of the year, they've also staged an impressive rally since April.

After crashing by 35% between February and March, CBA's share price has risen by up to 16% in the last four weeks alone (20 May - 20 June) and the others have seen even bigger recoveries.

Since 20 May, Westpac, NAB and ANZ have seen share prices lift by over 20%. Now some analysts believe they're back to being overpriced.

Overpriced means if you buy at today's price, you're unlikely to get much in the way of returns in the next 12-18 months. Brokers try to predict this by setting a future price target.

Broker price targets for CBA are mostly below or just below its current price. This means analysts believe the bank has mostly recovered from its March falls and is unlikely to rise much further this year. Morgan Stanley and Macquarie are the most pessimistic with price targets of $61.50, around 10% below its current price, while Citi is the most optimistic at $68.75.

NAB's outlook is more positive, with 6 major brokers pricing it as undervalued, including Citi which believes it will rally by another 33%.

The outlook for ANZ is mixed, with price targets ranging from $17 to $24.

According to IG's market analyst Kyle Rodda, the outlook for the banking sector in the next 12 months is neutral.

"The industry was amongst the heaviest hit at the outset of this crisis. I think we are coming out of the other end of it now, and that naturally means that the worst for bank stocks is probably over too," said Rodda.

"In saying that, the business environment for the banks will remain challenging. Weak macro fundamentals, tighter credit conditions, higher credit risk and low long-term interest rates will be considerable headwinds."

Despite prices sitting well below their February peaks, Rodda thinks banks may not recover much further in the short term.

"Over the next 5-10 years, the outlook for bank shares is probably slightly better," said Rodda.

"It’s a secular question of course. Will long-term rates of growth along with long-term interest rates rise?"

SPONSORED: Reporting season is giving us a glimpse into which companies might succeed in the post-COVID-19 world.

Dividends are a big deal for bank investors. Because major blue chip stocks don't typically see their share prices rise as much as growth companies, such as Afterpay or Zip, investors rely instead on their dividends.

But dividends are payed from company profits and earnings results aren't likely to be positive when there's a recession.

In April, NAB slashed its interim dividend by more than 60% from 83 cents per share to just 30 cents, while ANZ and Westpac deferred theirs until further notice.

While CBA kept its March dividend at $2 per share, it's anyone's guess whether that will remain later in the year.

Rodda believes bank dividends will be compromised for several years.

"Buying banks for the dividend has to be done carefully, and (again) when the stock price is suitably undervalued to avoid the potential of getting caught in a yield trap," said Rodda.

How to invest in bank stocks

To buy shares in the major banks, you'll need to open a brokerage account.

The easiest and cheapest way to do this is through an online broker or share trading platform – just make sure you pick one with access to the Australian Securities Exchange (ASX).

Once you open an account, you can search for your stock of choice by searching for the company name or stock code.

Depending on the platform you pick, you'll typically have the option of buying at the latest price or entering your desired price through a limit order.

To find a list of online brokerage accounts and other investment ideas you can head to our share trading homepage.