iPhone 13: Should you buy it outright or on a mobile plan? 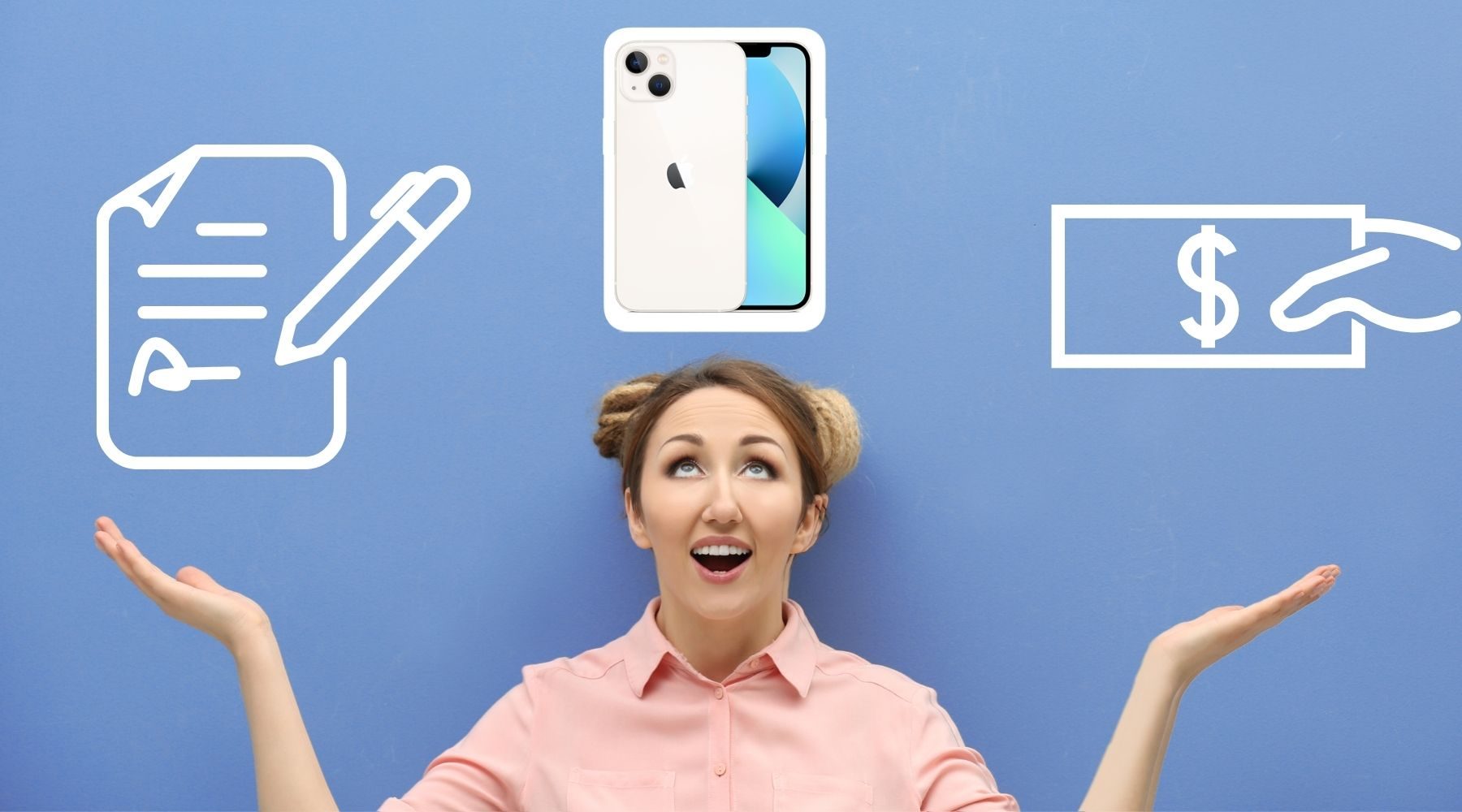 While buying the device outright might be cheaper in the long run, some people might benefit more from buying it on a plan.

The new iPhone 13 has officially launched and you might be anxiously waiting to get your hands on Apple's latest phone.

But the choice remains: Should you spend all your dollars in one go? Or pair it with a mobile plan and split your costs over time?

We've broken down both sides of the argument for you to figure out which is cheaper, and which is better.

The short answer is: It will always be cheaper to buy a new phone outright because you won't be tied to a single provider for 12, 24 or 36 months.

The only thing you might miss out on is any discounts or freebies that providers like to include with a phone plan.

That being said, owning your phone from the get-go means you can shop around for the cheapest mobile plan whenever you want, as often as you want.

Depending on which iPhone 13 you're after, this is how much you'll be spending in the one transaction if you choose to buy outright:

But a word of caution: Buying outright may not be the best decision for you if:

Buying the iPhone outright might mean it's cheaper overall, but it still comes at a rather large cost to you in the moment.

Buying the iPhone 13 on a plan

If whipping out anywhere between $1,199 and $2,719 seems like a pretty big expense right now, you could always get the new iPhone 13 on a plan from Telstra, Optus or Vodafone.

By getting it on a plan from a provider, the cost of the iPhone 13 gets split into repayment periods of 12, 24 or 36 months – whichever one you choose.

The good news is that providers don't lock you into contracts anymore so you could always leave whenever you want by paying off the remaining cost of your device.

Which iPhone 13 plan should I get?

You have the choice between Telstra, Optus and Vodafone, but the real decision comes down to whether you have a preference in price, coverage or perks.

To compare iPhone 13 plans yourself from all 3 telcos, click here.

I want the cheapest price for an iPhone 13

Vodafone offers the cheapest iPhone 13 plan, starting at $77.47 a month over 36 months. You'll get the iPhone 13 128GB phone bundled with Vodafone's 40GB plan for this price.

If you're happy to pay a little more for a cheaper repayment period, you could also pay:

I want decent coverage with my iPhone 13

If you're sick of your phone reception dropping out, Telstra is your best bet.

With the widest 4G coverage in Australia reaching 99.5% of the population, those in rural and regional areas will most likely need Telstra too.

Telstra's plan prices are a tad higher than Vodafone's. Getting the iPhone 13 128GB model paired with Telstra's cheapest plan means you'll be paying:

I want bonus plan features included with my iPhone 13

We all love a freebie so if you'd like some handy features to use with your new phone, we think Optus takes the cake.

The cheapest you'll pay for the iPhone 13 (128GB) will be $82.46 over 36 months. This is right in the middle of costs compared to Telstra and Vodafone.

While you're allowed to leave these providers before your repayment period is up, there is a downside to signing up to a phone on a plan.

The reality is that the majority of plans offered with an iPhone 13 won't be the cheapest or most competitive offers around. Over time, you'll end up paying more than you would if you purchased outright.

If a big one-time purchase is fine for you, then buying the iPhone 13 outright is definitely the cheaper option.

However, if you're uncomfortable about spending all your big bucks at once, then purchasing the iPhone 13 on a plan isn't the worst decision in the world.

It all depends on your own personal circumstances.

What cheaper plans could I get with the iPhone 13?

If you're buying outright, you might as well save money on a cheaper mobile plan instead.

Here are a few hot offers available this month:

You can switch between the tabs depending on which model you're after.

Looking for more mobile deals? Compare SIM-only plans to find a provider that fits your price and data needs better.