What you need to know about the latest innovations in insurance.

Perhaps the least surprising thing revealed by the sudden rise of insurtech on the global stage is that many insurers are very risk-averse; most established names in the insurance industry are hesitant to dive in until they know more. The PWC global FinTech survey revealed that about three-quarters of insurers expect this technology to disrupt their industry, but less than half are prepared to put it at the heart of their future strategy.

The first thing to bear in mind is that insurtech isn’t just one more future technology rolling in from the wings. It’s already here, and its impact will keep growing as it becomes more integrated with each sector of the insurance industry. Between 2014 and 2015, the amount invested in insurtech more than tripled from $740m to $2.65 billion, and 2016 is seeing even more investment than ever before.

What exactly is insurtech?

Insurtech that is widely used includes the following:

Insurtech that is used sparsely, or on the cusp of emerging includes:

Insurtech that is still largely theoretical and not yet ready for practical applications includes:

Insurtech Startup of the Year 2016

Boundlss won insurtech startup of the year at the first Annual Australian Fintech Awards in 2016. This health insurance technology startup aims to keep people healthier and happier with software, sensors, apps and expert advice, interconnected with wearables and other devices.

Its primary focus is on helping businesses keep health insurance costs down thanks to a fitter and healthier workforce, and it aims to rollout integrated health and wellness programs to any business that requests it.

One notable offering is Lloyd, a program that combines human expertise with artificial intelligence to help people stay in shape and live healthier lives. This software connects to a health monitoring device such as a Fitbit to allow employees to develop and manage their own lifestyle programs.

How insurtech startups will change the industry

The influence of insurtech can be seen in two categories. The first is new startups; companies that are being built from the ground up to take advantage of new technology. The second is well-established and existing brands that are incorporating insurtech into their current business.

Insurtech startups are focused on redefining insurance products for the next generation, and many are focused on competing directly with entrenched competitors by offering a better service, more tailored products and a range of other advantages. Often this is done by looking at specific problems that exist within the industry and developing new systems to work around them. 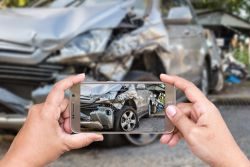 The new generation of insurers are trying to improve the claims process by developing automated claims systems that allow benefits to be paid without the need to negotiate. The biggest challenge here is finding a way to prevent fraudulent claims without hindering honest customers.

Home ownership among younger Australians is lower than it used to be, but the industry has yet to adapt. Instead, insurers keep offering bundled home and contents insurance, or unsuitable contents-only policies.

Most people, particularly young Australians, are only interested in insuring a select few possessions. Established insurers relying on current systems might not be able to allow people to insure just one item at a time, whilst startups that build themselves around this need are able to design new systems to specifically address it.

The industry has done its best to adapt, but people are living longer than ever before and accruing more medical expenses in old age. However, most life insurance policies still expire when the policyholder hits the age of 90 or claims the maximum benefits. Someone who’s 20 years old today may have a very good chance of surviving to the age of 120 or older, but life insurance hasn’t caught up.

Established insurers try to include products for people in all age groups and are very reliant on sales volume to sustain their large businesses. Startups, on the other hand, have lower overheads and can target more specific demographics.

People are waiting longer to have families, they’re opting for less expensive funerals and dual-income families are now normal. This has big implications for what the “typical” life insurance policy should be. The increased flexibility offered by insurtech startups might drive younger policyholders away from the traditional choices and towards a brand that lets them tailor their plan to their own needs.

While startups are challenging the insurance status quo, the biggest names in Australian insurance don’t want to miss out on the promise of insurtech either.

“There's a lot of room to use tech and big data to reinvent how insurance is done."

Trōv is an app that offers a whole new way to both think about and manage insurance. It can be downloaded onto your phone or other device, and can be used to buy insurance for valued items, switch policies on and off, make claims and efficiently manage your insurance in one place.

In May 2016, Suncorp Insurance partnered with Trōv to help it launch in Australia. Claims payouts by Trōv are backed by Suncorp, which took out a USD$5 million equity stake in the insurer.

What sets the app apart is that Trōv is all about insuring valuable items one by one, on a case-by-case basis. It allows you to organise, record and value possessions by managing photos, receipts and proof of value. When you need to claim, you simply send a text.

Each new Trōv user is a new Suncorp customer. The app provides a new and easy way to manage insurance, but whether it's enough for Suncorp to claim a new generation of customers is, at the end of the day, up to the customers.

By the numbers: Insurtech around the world

Elizabeth Barry is Finder's global fintech editor. She has written about finance for over five years and has been featured in a range of publications and media including Seven News, the ABC, Mamamia, Dynamic Business and Financy. Elizabeth has a Bachelor of Communications and a Master of Creative Writing from the University of Technology Sydney. In 2017, she received the Highly Commended award for Best New Journalist at the IT Journalism Awards. Elizabeth has found writing about innovations in financial services to be her passion (which has surprised no one more than herself).

Fintech 101: What basics and terms do you need to know? Australia recognised for embracing fintech startups

The world has a new method of fundraising, which means it's time to ask how it could all go wrong.

Medical costs comparison could save you a lot of money. Here's how to reduce your out of pocket medical expenses.

Dr Silvia Pfeiffer is a technologist and digital health enthusiast and CEO of the telehealth service Coviu. Find out more about her business insight here.

Meet our Finder authors who are helping millions of Australians one decision at a time.