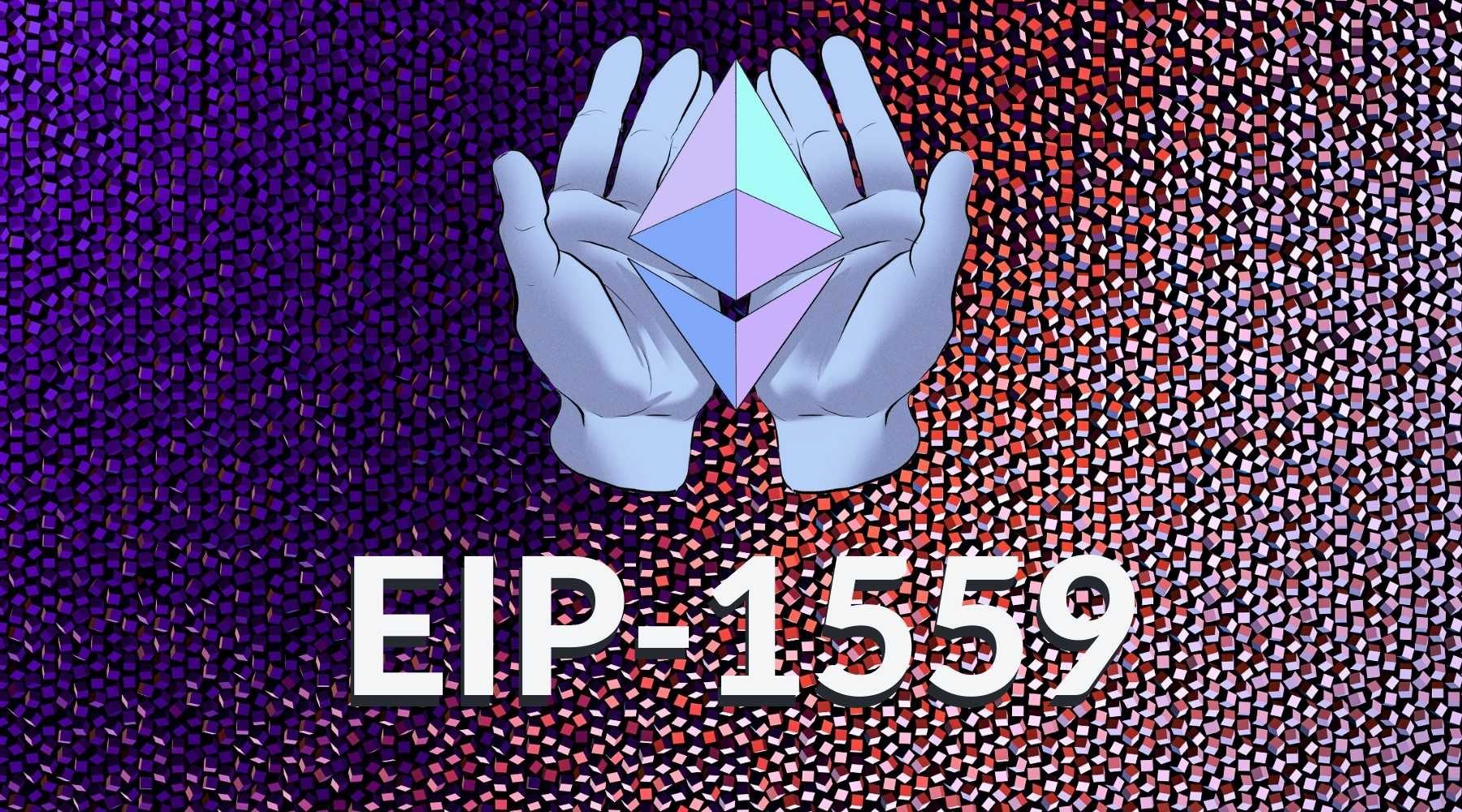 On 4 August one of Ethereum's biggest upgrades will go live, making ETH coins more valuable than ever before.

The London update is the name for a set of upgrades which are due to go live on the Ethereum blockchain at the start of August.

The update features 5 individual upgrades, each known as an Ethereum Improvement Proposal (EIP).

Together these EIPs will make Ethereum cheaper to use and reduce the supply of ETH, while simultaneously increasing demand. In theory, increasing scarcity like this should cause the price of ETH to appreciate over time.

EIP-1559 is the focus of the update and made up of 2 parts. The first changes how gas fees work, which should make Ethereum transactions cheaper.

The second burns these fees instead of sending them to miners, which will reduce the supply of ETH by approximately 1–2% each year.

That might sound small, but it results in roughly 3 million ETH being removed from circulation each year. The current circulating supply of ETH is 113 million, according to CoinGecko.

The other EIPs are more technical, reducing network inefficiencies and improving how smart contracts work.

EIP-1559 is by far the most anticipated of the upgrades, so let's take a closer look and see how the changes will affect you and any ETH you might be hodling.

This article originally appeared in our cryptocurrency newsletter. Sign up below for weekly insights teaching you how to get the most out of your investment.

The bull run at the start of this year, which took ETH from $750 to $4,000 in less than 4 months, highlighted several weaknesses within Ethereum. This resulted in competitors such as Binance Smart Chain taking some of its market share by offering faster and cheaper transactions.

To understand why this was such a problem and why it needs to be solved, let's recap how fees on Ethereum work.

Fees are charged on every transaction and paid to the miners who bundle and add transactions to each new block, which is roughly every 10–15 seconds.

Blocks include bundles of transactions and are how data on a blockchain gets updated.

Transactions occur any time you move assets or interact with a smart contract or application (dapp). These include:

As you can see, transactions occur every time you do something on Ethereum.

At the height of the 2021 bull run in May, people were paying as much as $40 to move tokens, $80 for a basic trade on Uniswap and several hundred dollars for tasks such as yield farming which involves multiple transactions.

Doesn't exactly sound like the efficient future of finance, does it?

Currently fees work via an auction system. How much you bid helps determine how soon your transaction will be processed, with those bidding the highest going first.

Middle-of-the road bids may have to wait a few minutes, depending on congestion.

And if you bid too low, your transaction will get "stuck" and lock your funds up until you fix it, which is a painful process for beginners and can end up costing you a lot if you're in the middle of trading, as you will miss your window of opportunity.

Even if you use Ethereum regularly you might not be aware of the auction system as most wallets offer you several options for a transaction, such as "slow, average, fast". These are based on recommended prices from services like ETH Gas Station which track gas prices to help you know how much to spend.

The auction system thus creates a feedback loop where prices rapidly inflate during periods of network congestion. As congestion is usually due to market volatility, wealthy traders and bots are incentivised to spend big in order to enter and exit trades ahead of everyone else. This is known as front-running.

The effect is that the majority of users are priced out of using Ethereum during peak periods, which would sound the death-knell for the protocol if not dealt with.

EIP-1559 will hopefully put an end to the feedback loop of sky-high fees created during periods of congestion, although it may not solve the issue of front-running, and may even create new opportunities in that arena.

To reduce transaction fees, EIP-1559 will abandon the auction system in favour of a base fee with the option to add a tip to prioritise your transaction. Importantly, both the base fee and tip will be paid in ether (ETH). Where this gets interesting is that the base fee won't go to the miner. Instead it will be burned which will reduce the amount of ETH in circulation.

This supply reduction is the aspect of EIP-1559 that has so many people excited about its potential effect on the price of ETH.

Remember that new ether is still created with each block as a part of mining rewards, so it wont turn it into a deflationary asset immediately. We will need to wait until the Ethereum 2.0 "merge" which will change how new ETH coins are produced, by eliminating mining in favour of proof-of-stake.

Even allowing for that, the overall reduction in ETH inflation will still be significant in the interim.

A simulation by Dune Analytics suggests that 1 year from launch, there will be a net reduction of 76% in the inflation rate of ETH.

Respected Ethereum developer Justin Drake supports this with his own modelling, which estimates an inflation reduction of around 70%.

Based on this data, the overall supply of ETH would reduce by 1.4% each year once Ethereum 2.0 is launched.

Let me say that again – once Ethereum 2.0 eliminates mining, the overall number of Ethereum coins will reduce each year.

Keep in mind the relevant phase of Ethereum 2.0 isn't due to go live until December 2021 (and might be delayed further). That means the supply of Ethereum will continue to grow until then, as mining rewards continue to be paid.

But once mining is eliminated, the supply of ETH will reduce by approximately 1.4% each year due to burning, despite new ETH being minted with each block. 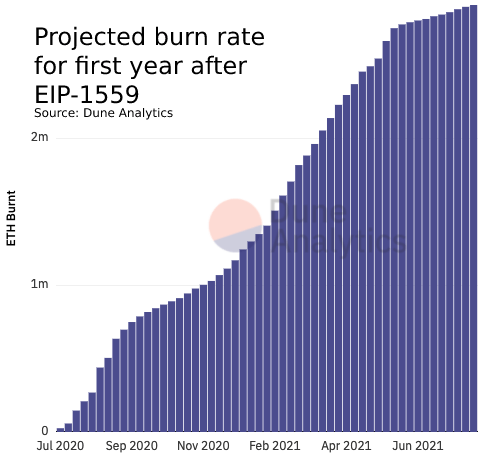 What it means for you

In short, using Ethereum should get cheaper and your ETH coins should become rarer and more valuable as a result of both increased utility and a reduction in supply. Supply will be further reduced by Ethereum 2.0 staking, which has already removed 6 million coins from circulation. So the London upgrade isn't the only thing creating pressure on the ETH supply.

Metamask has announced that it will still give you the option for "slow, average, fast" transactions, which will include a tip and be based on the gas fees for previous blocks. This is essentially how fees are calculated for the current auction system.

If you've been sitting on the sidelines and haven't started using DeFi for trading or earning money with yield farming, now is a great time to start as fees should drop.