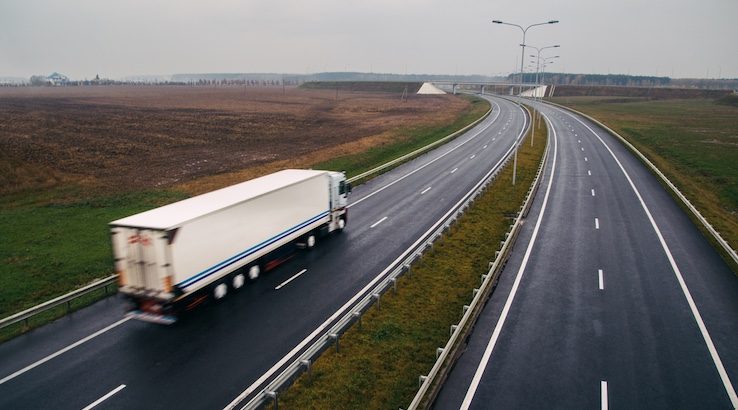 You could be forgiven for thinking that a sense of environmentalism would be the driving factor for a business looking to enter the electric vehicle market. In the case of SEA Electric founder Tony Fairweather, it was the economic case that convinced him to pull the trigger on the electric vehicle company back in 2017.

Having spent four years in product testing and development, Fairweather launched commercial operations in 2017 when the cost of lithium batteries dropped below US$300 per kilowatt/hour, making the assembly and electrification of commercial vehicles a financially attractive possibility. SEA Electric now counts Woolworths and DHL among its clients, promises a four-year ROI on electrified commercial vehicles over diesel counterparts and plans on launching in the US over the following months.

Fairweather managed to initially self-fund SEA Electric, primarily through his existing business, which covered early funding and initial development, before seeking additional funding through equity investors. It was a logical decision for the company, but one also motivated by the lack of feasible mainstream funding options.

"We didn't even consider it"

Despite his business experience, Fairweather knew the likelihood of getting traditional finance would be difficult and bring with it additional problems. "We understand traditional Australian financial institutions, and know they're very risk adverse and prefer funding successful companies with long trading histories as opposed to start-ups and new technologies. To be honest, in the early stages we didn't even consider it because we knew it would be complex, and if we were able to get funding from a bank it would be expensive," he told Finder.

It's a familiar story for those working in the tech or emerging industry sector, whose promising ideas are often hindered by a lack of funding at crucial stages of development. While initiatives such as the Westpac Emerging Industries division are looking to help innovative businesses grow, Fairweather believes the lack of financial support comes at an economic cost for the Australian tech industry.

"Australian financial institutions like to support companies that are already successful and have long, successful trading histories. So there is a very big gap in the Australian market for low-cost and efficient funding of technology companies, or any new companies in new industries, that are trying to develop before commercialising. We had to do this ourselves, with the exception of the recent support from Westpac," he said.

"We still had to be at a certain point of commercialisation, which begs the question of how many fantastic opportunities out there are not coming to realisation because Australian financial institutions don't have the ability to support them."

Getting the timing right

While SEA Electric didn't pursue traditional business finance, Fairweather understands the role it can play in supporting established businesses, but says the key to any business owner seeking funding is to map out when and where you'll need finance.

"From very early on, understand at what stages you require funding, and understand what kind of funding you will need at those various stages. Don't rely on early debt funding. That can be more easily attained once you've got a trading history, a pipeline and profitability. That's the stage where low cost bank funding and traditional finance can come into play. Early on you need to be realistic about where you can achieve and obtain funding," he said.

While funding avenues will open up as the business develops, Fairweather says the lack of support for emerging businesses means it's likely you'll have to go it alone initially. "The friends and family element of getting a start-up to commercialisation is absolutely true, particularly in Australia. You need to be able to self-fund for a period of time to be able to prove the business, products, services and the model before having the ability to raise low cost traditional financing."

The economics of electrification

"What is clear is the electric vehicle revolution upon us is driven by cost, interestingly, and not by the environmental benefit which is 100% cream on top and fantastic, but people will only buy electric vehicles if they see the economics being right. Some people might buy them in passenger cars as a premium because of the environmental element, but you won't get the scale until the economics are right," says Fairweather.

The dropping cost of lithium batteries has accelerated the industry beyond early predictions, according to Fairweather. "Those costs have come down so rapidly and on a much great trajectory than anyone anticipated over the last 4-5 years, which is why this electric vehicle revolution is happening now and not in 2023 or 2025." With a third of Australians already indicating they would consider buying an electric vehicle, according to Roy Morgan, it's likely this figure will continue to rise as electric vehicles become cheaper, and Fairweather is confident the future is bright for the industry.

"We see it as being enormous. That's not us being bullish because we're in the space, it's because we understand this segment. The electric vehicle industry is unique."

While Fairweather is understandably optimistic, the advent of electrification throws up its own obstacles compared to fuel-based vehicles, both in terms of infrastructure and wider industry support.

"You don't have to worry about the refuelling when you've got a diesel truck or a petrol car, because petrol stations are everywhere. You don't necessarily have to worry about range because you have the ability to top up with fuel effectively anywhere," says Fairweather. "When it comes to electric vehicles, that all changes. It's not just a function of where the charging stations are, it is all proportional, all relative to what we call the duty cycle – to what that vehicle is doing. So a small passenger car for mum to do the school drop offs has a very different duty cycle to a delivery commercial vehicle which is the segment that we're in."

The decision to focus on electrifying the commercial vehicle sector was a natural result of the realities of this duty cycle. "The delivery vehicle does effectively fixed routes and kilometres, so it's very easy for us to develop technology and minimise cost and weights to optimise the particular duty cycle," says Fairweather.

"I think the finance companies are starting to get on-board. Clean Energy Finance Corporation and Arena have some support packages but typically bigger scale things – they prefer working in that $20 million or above area of support. So there are lots of things that financial institutions, leasing companies and government can do. The good news is that there is now some good activity in Australia. 12 months ago there was nothing, literally nothing. In the last 12 months I think they have realised that they are a long way behind the rest of the world and all parties are fostering some momentum. We have a fair way to go before catching up with the rest of the world though."