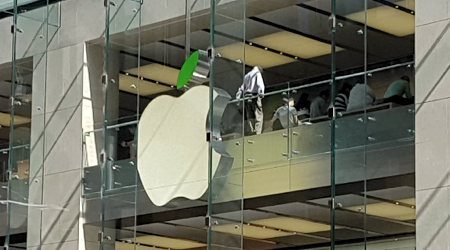 Apple will allow you to trade in old smartphones – even Android models – for credit towards a new iPhone. It’s convenient, but is it good value?

Apple’s deal for trade-ins isn’t new in any real way, although since launching the service back in 2014 for iPhone and iPad models, the service has also expanded to accommodate the trade-in of selected Android handsets. Naturally, Apple would be very happy to get as many Android users onto iOS as possible. Apple provides trade in facilities in its Apple stores as well as via its online store.

Apple’s promise is that you can get "up to $500" towards the purchase of a new iPhone. Not surprisingly, you can’t actually trade in an iPhone 6s or iPhone 6s Plus, because that’s the primary model Apple wants to sell to you right now. (Plus, it would make terrible financial sense on your part, given the handset usually costs at least $1,000).

Which phones can I trade in?

You're not actually dealing with Apple

You may have noticed the use of the words "Apple’s trade-in partner" in the preceding paragraph. That’s because the deal isn’t actually done by Apple itself, but through a third party company called Brightstar.

That has some significant implications for any trade-in, because the fine print rather explicitly prohibits chasing Apple if you’re not happy with the deal or the assessment of your smartphone. It isn’t likely to be much different conceptually than using any other online phone buyback scheme, but it is worth realising that you may have to deal with a company that isn’t Apple if something goes wrong.

That leaves the question as to whether it is actually worth doing in the first place quite open. Presuming you are in the market for a new iPhone, there is some obvious convenience in sorting out your smartphone affairs in an essentially one-step manner, but that has to be weighted against the value you will actually get for your device.

How much will I get for my smartphone?

We gathered a selection of handsets and ran them through Apple’s online checking tool to generate a trade-in price. In every instance, we have assumed a phone in perfect working order; it’s not hard to see why a phone with water damage or a broken screen would be worth less than that.

For the purposes of comparison, we’ve used the figures published by Gumtree to see the general asking price for those same handsets. We’ve previously used those figures to calculate how much you could get for just an iPhone alone.

Gumtree’s average prices are "asking" prices, so you may be able to get more for a phone you’re selling, or may find that it actually sells for slightly less. You would have to go through the somewhat inconvenient tasks of dealing with interested buyers and ensuring that you were able to safely and satisfactorily sell your handset.

The average price on Gumtree doesn’t take storage capacity into consideration, although the same is also true for some of the models Brightstar will accept a trade-in for as well.

You could sell a higher capacity model on Gumtree for more than the average. A lower capacity may fetch less. Either figure would affect the overall average. However, a check at the time of writing did find numerous examples of devices on sale on Gumtree with asking prices at or above the average for these particular handsets. In this case above is fine, because presumably if you're selling off your smartphone you would want to make as much as feasible for it.

The difference couldn’t be more stark. While there is some convenience with Apple’s offer, the actual value of the offer is considerably below real-world market value. It isn't stated what happens to all traded-in handsets, and it is feasible Apple may keep some iPhone models for parts or to use as refurbished models, but it is also equally easy to see how it could turn around a quick profit on just those handsets, let alone the implicit profit in a fresh new iPhone sale.

If you do happen to be extremely remote such that the option of easily and safely selling via Gumtree or similar just isn’t an option at all there might be some scant value in taking Apple up on its offer, but otherwise you’ll do much better to sell it yourself.