What do Australians want in a credit card? 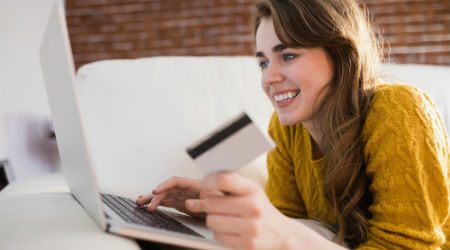 No annual fees, low interest on purchases and lots of rewards - what else are Aussies looking for in their credit cards?

Are you looking to earn reward points as you spend? Do you need to knuckle down and pay off your debt? Or do you want to avoid interest on planned purchases? Regardless of how you want to manage your finances, you can find a credit card that can help you do it.

But with so much choice in the market, what are Australians actually looking for in a credit card? In a survey conducted by finder.com.au in 2016, we asked that exact question. Read on to learn which cards are most compatible with what Aussies want.

Cards that cut down costs

Unsurprisingly, Australians are on the lookout for opportunities to cut their costs when comparing new credit cards. Across the board, these three costs are catching our attention when we’re weighing up cards:

Out of all of the features on the market, 81.36% of Australians are looking for a credit card with a low or $0 annual fee.

Given that credit card annual fees can sit between $0 and $200 for standard cards or as high as $1,200 for high-end cards, it’s no wonder that cardholders are looking for ways to cut down on these costs. If you don’t have to pay a yearly fee and you pay your card in full to avoid interest every month, a no annual fee card could be a cost-free credit option.

In 2015, Australians credit card holders collectively made 188,522,014 purchases worth $24,425,285,429. It’s no shock then that almost 40% (37.88%) of Aussies are paying attention to the purchase rate when comparing new credit cards. Unless you’re planning on using your card for paying down a debt or you know you’ll pay your balance in full each statement period, the purchase rate (which usually sits between 0% if it has a promotional offer and 14% and 19% for standard cards) should be high on your list of what to look for when comparing your card options.

Cash advances, such as ATM withdrawals and gambling purchases, typically attract higher interest rates than purchases (rates can go as high as 21.99%). Despite that, national credit card withdrawals are the highest they’ve been in six years. In the 12 months leading to March 2016, Australians made $9.7 billion worth of cash advances.

Given how many Aussies are using their cards for ATM withdrawals, it’s surprising that only 17.31% consider the cash advance fee and rate when comparing their credit cards. Given they make up 1.1% of all credit card transactions, it’s more important than ever for Australians to understand what cash advance rates will apply before they decide on a card. While you should avoid using your card for cash advances if you want to keep your interest costs low, you can compare cards with low cash advance rates.

In a separate survey conducted by finder in December 2016, 30.29% Australians nominated paying off debts as their financial New Year’s Resolutions. Plus, as we reported in November 2016, 35.67% of Australians planned to pay for an average of $536 worth of Christmas gifts on their credit card. So a lot of Aussies will be looking for a credit card to help consolidate their debts in the new year. If need to pay down a debt and want to avoid interest costs, a 0% balance transfer credit card could come in handy. To prepare for the post-Christmas debt period, issuers such as Westpac and NAB have introduced competitive 0% for 24-month balance transfer offers. This means you could repay your post-Christmas debt for two years without collecting any interest.

However, as both of these cards charge balance transfer fees and annual fees, you should make sure the cost of the card doesn’t outweigh the interest savings. The 0% offer will only be in place for the length of the promotional period, you should try to repay the entire debt before the high revert rate kicks in and your remaining debt starts to grow with interest.

Cards that forget the frills

Premium features might sound appealing, but it seems that most Aussies don’t even give credit card extras a thought when comparing their credit card options.

According to the finder.com.au survey, only 1.43% of cardholders are looking for a 24/7 concierge service in their new card. Concierge services are like a personal assistant that comes with your card; they can organise anything from a restaurant reservation, sending a gift to a loved one or finding tickets to a sold-out concert. Considering you can perform most of these acts with the help of your smartphone pretty easily, it’s perhaps unsurprising that most cardholders aren’t fussed by the presence (or lack thereof) of a concierge.

If you’re a frequent traveller, a complimentary airline lounge pass is a great way to wait for your flight in style. These passes come with terms and conditions, though, and you usually need to be a frequent flyer travelling with the relevant airline on the day you visit the lounge to get in. As these airline lounge passes are only really beneficial to members of a frequent flyer program, this could be why only 3.59% of Australians take them into consideration when weighing up cards.

If you’re planning to pay for some of your next holiday on plastic, a card with complimentary travel insurance can be a great way to save the time and money it’d take to organise standalone insurance for your trip. It turns out that most Australians don’t give complimentary travel insurance a thought when comparing new cards, though. From the finder survey, we found that only 14.17% of cardholders considered whether the card came with insurance during their comparison.

In terms of prestigious cards in general, only 4.87% of Australians are looking for gold, black or platinum cards in general. As the annual fees for these cards generally sit between $99 and $1,200 and have minimum annual income requirements between $50,000 and $100,000, these cards are designed for high earners and spenders, so it’s no wonder why they only appeal to a small percentage of Aussies.

Cards that reap the rewards

Everybody loves being rewarded, so it’s no shock that almost 40% of Australians are considering their rewards options when comparing credit cards.

When you break it down, 21.00% of Australians are looking for a “good (non-frequent flyer) rewards program” when picking out their next card. Unlike frequent flyer cards, these cards let you earn rewards points directly from the bank which you can then transfer to an airline frequent flyer program, redeem for cashback, or use to buy products from the rewards store.

Meanwhile, a smaller 18.35% of Aussies are looking for cards with the best earn rate on frequent flyer points (in other words, are interested in how many points they can earn per dollar spent). Frequent flyer cards can usually only earn rewards with one airline loyalty scheme, so these are best for spenders who regularly fly with the same airline.

While the glitz and glamour of a premium credit card with complimentary insurance, airline passes and a concierge service may sound nice on paper, it seems that most Australians prefer the no-frills options. While no annual fee cards and purchase rates are an important part of the comparison, Aussies are still keen to get rewarded as they spend.

However, the majority might not represent you, so it’s important that you consider your own financial situation, spending habits and eligibility requirements when comparing credit cards. If you’re not sure where to start, use our comparison tables to weigh up your options side by side to find the right card for you.