4 things I learned about streaming video around my home 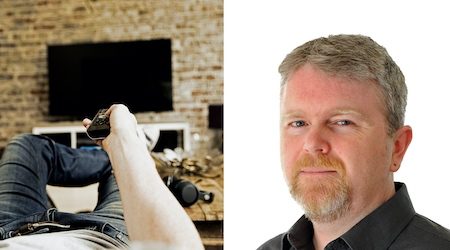 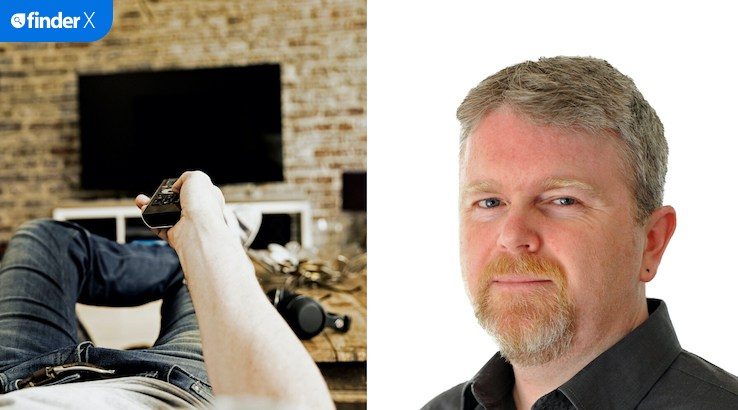 Tech journalist Adam Turner shares his tips for watching whatever you want on any device, so you don't have to switch between the TV, your phone or a laptop unless you want to.

These days, it's easy to watch subscription video services like Netflix on practically any device, but things can become more tricky when you're trying to stream your own video library around the house.

Subscription video isn't the be-all and end-all of home entertainment. Sometimes, you might want to fling video from your smartphone or tablet to the big screen in the lounge room. Other times, you might want to tap into your video library to watch TV shows you've downloaded or ripped from a DVD box set. Whatever you're watching, there are a few tips to ensure everything goes smoothly.

1. Use Ethernet wherever possible

Wi-Fi is certainly handy, but it's not always reliable when it comes to streaming video around your home, so the more you can rely on Ethernet cables the better.

Remember, if you're streaming video from your phone to your television, and they're both on Wi-Fi, then the video stream needs to cross your Wi-Fi network twice. If you can run an Ethernet cable from your broadband modem/router to your smart TV or set-top box, you're far less likely to run into issues like stuttering.

That's not a problem in my home, as my modem/router is in the lounge room behind the television, so all my home entertainment gear is connected to Ethernet. It's a different story at my parents' house, where the lounge room is at the opposite end of the house to the broadband modem/router in the spare bedroom.

At their house, I set up a PowerLine AV plug to run an Ethernet connection through the power points, offering a solid 20Mbps connection. That's more than enough to handle streaming video from handheld devices as well as Ultra HD Netflix straight from the Internet.

If Wi-Fi is your only option, then try to connect your devices to the 5GHz Wi-Fi band, which is faster than 2.4GHz and less prone to interference from household devices like cordless phones and microwave ovens. If your devices insist on switching across to 2.4GHz, consider creating a separate 5GHz network just for streaming video around your home.

There are a few ways to stream video from your gadgets to your home entertainment gear, but Google's Chromecast format tends to the most ubiquitous. If your television doesn't have built-in support for Chromecast streaming, then adding a cheap Chromecast HDMI dongle makes life much easier.

Google's Chromecast dongle is very easy to set up. Simply take it out of the box, plug it into a spare HDMI video input on your television and then connect it to a power point. Now use your television's remote control to select that HDMI input, give the Chromecast a minute to power up and then follow the onscreen instructions.

First, it will ask you to download the Google Home app on your smartphone or tablet – it helps if you've turned on Bluetooth – then it will walk you through the steps of connecting the Chromecast to your home Wi-Fi network so you can stream video.

Of course, if your home is full of iGadgets, then you probably rely on Apple's AirPlay to stream video, which is only built into a handful of 2019-model televisions from the likes of LG, Samsung and Sony. If you're not lucky enough to own one of these, you'll need to consider investing in an Apple TV set-top box, as Apple doesn't offer a cheaper Chromecast-style dongle.

Another advantage of connecting a Chromecast dongle to your television is that it makes life much easier than messing around with the television's own remote control and built-in apps.

The old Sony's smart TV apps are very slow and clunky, it's much easier to plug in a Chromecast. Now when anyone wants to watch streaming video on that television, they simply reach for their smartphone, choose what they want to watch and then fling it to the Chromecast – the Chromecast even turns on the Sony television for them.

If you've got a library of video files that you've downloaded or ripped from disc, you might keep them on your computer, but it's easier to access them if you keep them on a central Network Attached Storage (NAS) drive. Think of a NAS like a big USB stick that can be accessed from any device connected to your home network via Ethernet or Wi-Fi.

This is where DLNA (Digital Living Network Alliance) certified devices and servers can come into play. In theory, DLNA offers the perfect way to fling those videos files to all the devices around your home. DLNA server features are built into Windows 10, plus it's supported by most NAS drives. Meanwhile, you'll find DLNA player features in most home entertainment gear.

Unfortunately, compatibility is very hit-and-miss, so there's no guarantee that your DLNA server will play nicely with all the DLNA players in your home.

I have a Synology NAS, which supports DLNA but also works with Synology's own DS Video smartphone app, so it's worth checking if there's a similar app for your brand of NAS.

The Synology app lets me browse through the videos on the NAS and watch them on my phone, or else fling them to my home entertainment gear via AirPlay and Chromecast. Alternatively, you'll find similar features in third-party apps like 8player.

An even better option is to look for a NAS that supports Plex Media Server, as the Plex ecosystem is a lot more dependable than DLNA.

With Plex Media Server running on my Synology NAS, I can use the Netflix-like Plex app to stream video to my phone and then to my home entertainment gear. Even better, the Plex app is available for a wide range of computers, smartphones, tablets, smart TVs, streaming sticks, set-top boxes and games consoles. The icing on the cake is that Plex can even stream video to my phone across the Internet when I'm away from home.

It's easy to assume that all streaming video is the same, but the quality is often dependent on the video formats supported by your playback device.

That old Sony television in my bedroom skimps on video codec support, which forces Plex on my Synology NAS to convert or "transcode" some video files on the fly. Sometimes the NAS struggles under the load of transcoding HD video files, but I'm not in a rush to upgrade to a more powerful NAS.

That's where the Google Chromecast streaming dongle comes to my rescue, as it supports a lot more video codecs. The Synology NAS doesn't need to transcode when streaming to the Chromecast, ensuring HD videos still look great on the television in my bedroom.

If you're ripping a DVD box set so you can keep the files on your NAS and watch them anywhere, the MPEG-4 video format is generally the best – it's supported by a wide range of home entertainment gear so your NAS is less likely to need to transcode the file.