Optus launches SubHub: How does it work and is it worth it? 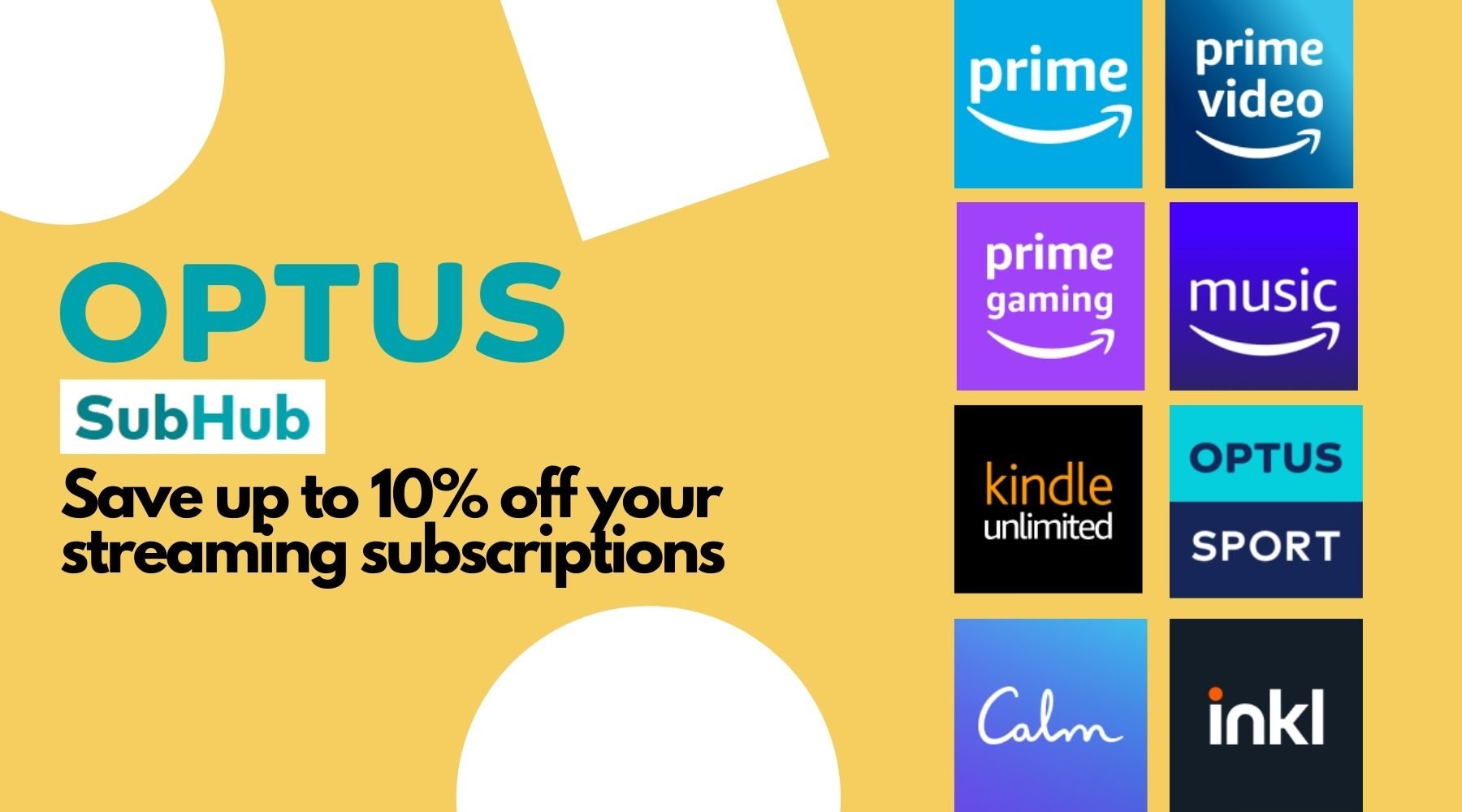 Optus wants to be your one-stop shop for all your streaming and content subscriptions. With up to 10% off up for grabs, is this actually a good deal?

Telcos have tried all sorts of enticements over the years to get you to sign up, from "free" devices – not just phones but sometimes games consoles, set-top boxes or wearables – to discounts and plenty more.

Optus's latest offering to entice customers over to the "Yes" brand is a little different. Optus SubHub is, as the name suggests, a one-stop location for managing your online subscriptions to streaming media and content services.

What exactly is Optus SubHub?

There's a dizzying array of subscription services available online. Streaming video – the likes of Netflix, Disney+ and Amazon Prime Video are the most obvious, but you can also add a bunch of services from magazine subscriptions to meditation packages, language learning services, retro video game streaming and just about everything you could think of besides.

Optus's pitch for SubHub is that it'll provide eligible Optus customers with a way to manage all of their subscriptions, with the added enticement of savings on each bundled subscription.

It's a fairly common complaint that many of us end up with subscriptions that we forget about – or at least forget to cancel – so that could have some real merit.

Who can get Optus SubHub?

Optus SubHub is available for eligible Optus customers, which at this point is defined as postpaid Optus customers with a current Optus mobile or Optus home broadband plan. Sorry Optus prepaid customers, you don't get SubHub access, at least for now.

List of services you can bundle with Optus SubHub?

At launch, the list of eligible services is somewhat slender, but it has expanded since. Amazon Prime was the key star service, bringing with it Amazon Prime Video, Amazon Music and Amazon Prime Gaming. Keeping within the Amazon umbrella, you can also bundle in Kindle Unlimited for your ebook reading needs.

Mediation app Calm was also available for bundling, alongside news app Inkl. Plus – and in no way surprisingly – Optus Sport can also be bundled and controlled through Optus SubHub. In an interview with Finder, Optus VP of Content, Clive Dickens, confirmed more services would follow after launch and he was true to his word. As of March 2022, the following services are available through Optus SubHub.

It took a lot longer than expected, but on 7 March 2022, Netflix was finally added to Optus SubHub. Bringing Australia's most popular streaming service to the platform is a milestone moment for Optus.

How much can I actually save with Optus SubHub?

At a base level, anyone eligible for Optus SubHub gets access to Optus Sport and OS Fitness.

The catch is that there's currently only just enough services within SubHub to qualify for that 10% discount, but if you're already in the Amazon Prime ecosystem and want Calm and Inkl as well, there's money to be saved.

Are there any other special deals with Optus SubHub?

At launch, Optus will gift eligible customers a free 12-month Amazon Prime Subscription, as long as you're not a current Amazon Prime standard subscriber.

Optus is claiming this as an $83.88 saving, based on a $6.99 monthly price, although it's really only a $59 saving as that's what Amazon would charge you for a 12-month upfront Amazon Prime subscription.

You can also grab a 3-month Kindle Unlimited subscription (usually $13.99 per month) at launch.

There's also a deal for meditation app Calm, with a 3-month subscription for free (usually $9.99 per month) as long as you're not an existing Calm Premium subscriber.

How does Optus SubHub compare to other offers?

SubHub is a curious creature, not really comparable to other Australian telco offers. The closest current offering would be Telstra's entertainment packages that bundle in either Xbox consoles or Telstra TV set-top boxes, along with access to Telstra TV Box Office, but that's not quite the same thing.

In one respect, it's arguably closer to what Apple does with its on-device billing for App Store subscriptions. If you subscribe to services such as Disney+ on your iPhone or iPad, Apple handles the billing for you under one "subscription" tab – although there, of course, you don't get any kind of discount on your subscriptions at all.

Is Optus SubHub worth it?

If you're already an eligible Optus customer and the subscriptions that are currently available match what you're after, then sure. There's definitely some savings up for grabs.

This is definitely a unique service that hasn't been offered yet in Australia. It could be a nifty way for you to manage your subscriptions all in one place.

But just remember that you'll need to be a new subscriber to each SubHub service for the discount to apply.

Can I add my existing subscriptions to Optus SubHub?

Not yet, or at least not at launch.

Optus's deals for all its subscription packages only apply to new services. This probably means that Optus doesn't have the infrastructure in place to take over the billing and management of existing subscription services, although it does note that this is "coming soon".

Compare streaming services to find the right one. Make sure your NBN plan is up to scratch so you're not dealing with slow Internet while you're watching your favourite show or movie.