Ethereum: Almost zero chance of the SEC declaring it a security 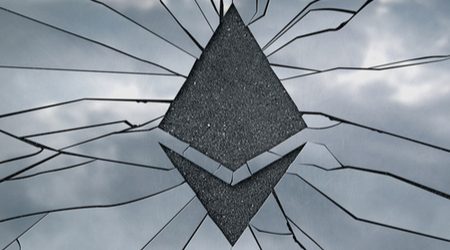 Ethereum's judgment day is coming on 7 May and it's almost certainly going to go Ethereum's way.

On 7 May, senior SEC and CFTC officials will be discussing whether or not Ethereum is a security, said people familiar with the matter to the Wall Street Journal.

The definition of a security in US law is several pages long, but it generally refers to something sold as a speculative investment or to pay dividends through its operation, where the future value of that investment depends on someone else to put in the work.

Most or all ICOs, for example, can be categorised as securities in the USA. The market reacted very strongly to the SEC's initial announcement that it would be cracking down on cryptocurrency securities and exchanges. Ethereum, in particular, was hit hard because it hosts a lot of ICOs.

But those discussions were largely centred around ICOs, while this latest volley is focused on the Ethereum token itself. If it's deemed to be a security on 7 May, it would probably mean most cryptocurrency exchanges would be forced to cease trading it in the USA, except when appropriately registered and to accredited investors.

"There is a strong case that one or both of ETH and XRP are noncompliant securities," said former CFTC chairman Gary Gensler in a recent speech. Its 2014 token sale, he points out, could have been classified as an illegal securities sale.

However, he admits that "there's no legal precedent for it", and the only clear consensus among experts and regulators seems to be that it's a grey area without any clear answers.

There's almost certainly nothing to worry about

The odds of Ethereum being declared a security on 7 May are slim to none, experts say. It might be a fairly one-sided argument.

In a nutshell, the only argument for Ethereum being a security is that it was initially sold as a speculative asset without appropriate registration, and purchased by people as such. Other than that, it's only arguments against.

"It's highly unlikely they'll go back and impose some onerous burdens," said Phil Lookadoo, commodities lawyer at Haynes and Boone. "It would be very unusual for a regulator to go back in time and say 'you should have thought three or four years ago when you started that this was a security.' To single out one or two cryptocurrencies because of the way they were formed would be picking winners and losers. It's not the sort of thing the SEC would want to be doing."

"It would make a shambles of U.S. innovation policy," said Peter Van Valkenburgh, director of research at Coin Center. "It's going to throw up a lot of barriers that aren't necessarily sensible."

It would also be an intensive uphill legal battle to declare it a security, says Blake Estes, a financial lawyer with Alston & Bird. And with the deck strongly stacked against Ethereum-as-a-security, it would be a resource-intensive battle that the SEC probably has no real interest in pursuing.

"To the extent there were security elements on these platforms, they've dissipated over time," he pointed out. These days Ethereum has a range of practical applications, which makes it extremely difficult to argue that it's a purely speculative asset. It would also be difficult to confidently argue that people buying Ethereum in the initial sale were doing so for investment purposes, rather than because they wanted to use the system themselves.

Plus, as several attorneys pointed out to Fortune, Gensler’s background is as at the Commodity Futures Trading Commission (CFTC) which does not have a role in determining what constitutes a security.

It would also open up some difficult and extremely tangled cans of worms in other ways. The Ethereum token sale took in bitcoin, which wasn't widely regarded as money in 2014. Were investors really spending money, or was it more like swapping digital baseball cards? Could they technically even be called investors if they were spending bitcoin? Plus, Ethereum is just a decentralised piece of software. It doesn't have a street address or official representative, which makes it awfully hard to send threatening legal letters. There's the Ethereum foundation, but they're more like a team of volunteer programmers willingly giving up their spare time to work on the Ethereum platform.

And even if – and it's an unrealistically big if – Ethereum was quickly and unanimously declared a security, the only result would be that certain US exchanges could no longer sell the token to the general public.

The only thing that's 100% clear is that it's a grey area without any clear legal precedent one way or another, and it's all up for debate. And this particular debate is extremely one sided. If it wasn't, it wouldn't be a grey area.