Aussie tourists not put off by rising US dollar 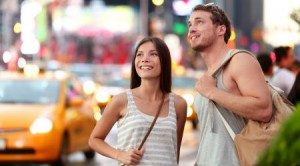 More than one million Australians head to US despite a weakening Aussie dollar.

Travel insurance rules continue to change as a result of the pandemic. Some information may not be accurate at this time. It’s even more important to double-check all details that matter to you before taking out cover. Please note:

Finally, some good news! Travel is picking up, so some insurers have started offering cover again. Just remember, you won't be covered for any pandemic related claims if you do take out domestic travel insurance.

Over one million Australians packed their bags and headed to the USA between April 2015 and March 2016.

The United States has long been a travel favourite for Australians heading abroad. According to historical data trends from the ABS, the USA comes in second to New Zealand for most popular destination for Australians heading overseas and accounts for over 10% of all short-term departures since the ABS started tracking this data in January 1991.

The Australian dollar has been very volatile against the Greenback since 1991, at points buying less than US$0.50 and at others buying up to US$1.10. During that time, the average exchange for USD to AUD was US$0.76.

However, travel slowed in only four of those years. Interestingly, the Australian dollar doesn't seem to have had much of an effect on Australians desire to head to the USA, with departures growing in all but five year on year periods:

The period between 2001 and 2003 represented low points for both departures and for the dollar.

The USA is one of the most searched destinations using the finder.com.au travel insurance quote engine, accounting for roughly 14% of all user searches. This is slightly higher than expected since USA departures make up around 10% of all Australian travellers.

One factor could be the cheap flights from Australia to Los Angeles that are available. Another possibility is the comparatively cheap cost of living across the United States as a whole. Everyday items such as food, clothing and other sundries are cheaper in the US than in Australia (factoring currency conversion), despite the weak Australian dollar.

Below is a comparison of common everyday expenses and how they compare on price between Australia and the USA (prices are in Aussie dollars).