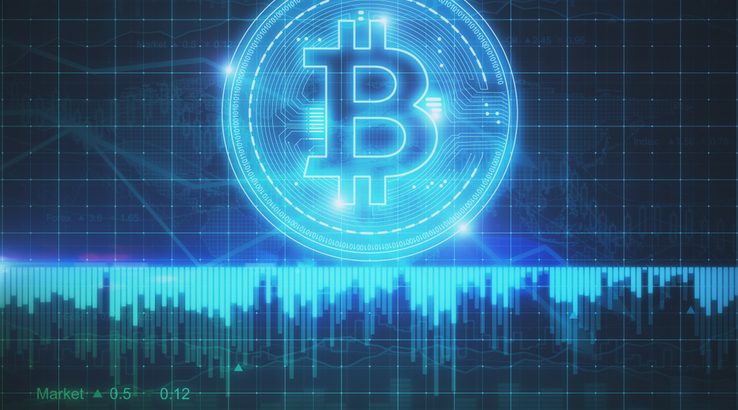 Where do we find the value of a Bitcoin once we peel away the myths of fungibility and privacy?

This article was originally published 22 May 2020.

The crypto markets experienced a low rumbling sound earlier this week as an ancient slab of 50 Bitcoin, mined just a month after Bitcoin was created and now worth some US$450,000, awoke from its slumber. The slab emerged from the earth and rose into the air, then fragmented into two pieces, each of which sprouted a pair of wings and flew to a new roost in a different wallet.

Or less fancifully: someone made a transaction with Bitcoin that was mined in 2009 and which sat untouched until now.

The first question on everyone's mind was whether this meant Satoshi Nakamoto had returned. And the first answer everyone received was "probably not". Probabilistic analysis of Satoshi's early mining tells us that this transaction probably belongs to some other very early Bitcoin miner.

The markets weren't overly reassured though and Bitcoin prices slipped lower as the news broke. It's not clear whether the slip had anything to do with the news or if it's just a coincidence of timing.

The next question then is: what does this tell us about the nature of Bitcoin itself?

The only reason everyone can gather around this kind of event with their popcorn and the only reason markets can potentially move on these sorts of developments, is because Bitcoin is not fungible.

Fungibility refers to when every unit of something is interchangeable and equally valued.

Dollars are fungible, because each dollar is worth a dollar regardless of which dollar it is and where it has been. Artworks, antiques, comic books and action figures are not fungible, because their value is dependent on the individual item's provenance and varies depending on whether the item is in its original packaging or any unique quirks it might have.

It's generally accepted that any viable currency has to be fungible. If it's not, it can't act as a consistent unit of account, while it's ability to store value and serve as a medium of exchange starts falling apart.

In cryptocurrency, where all transactions are tracked on a public blockchain, the presence of sophisticated blockchain analytics tools means all cryptocurrencies are non-fungible by default. Despite being purely digital, each coin has a history of sorts and can theoretically be traced back to its creation.

The exception is privacy coins which, by virtue of concealing their transaction histories, become functionally interchangeable and fungible.

This is kind of awkward for Bitcoin because so many of its ideals are tied up in the ideas of privacy, fungibility and sound money, but in strictly practical terms it has never really achieved that.

Coin mixers and CoinJoins as found integrated into platforms like Wasabi Wallet offer a degree of on-demand privacy for individual users, but without being enshrined for all on the protocol level, it's not enough to actually make Bitcoin fungible.

That wasn't intentional. Bitcoin was always meant to be private and fungible on the protocol level. Satoshi Nakamoto wanted it to be, but it basically just flopped on that front because it was too tough to implement.

"If a solution was found, a much better, easier, more convenient implementation of Bitcoin would be possible... We're trying to prove the absence of something, which seems to require knowing about all and checking that the something isn't included."

All the most prominent cryptocurrency privacy foundations, including zero knowledge proofs, Mimblewimble and the group signatures that would form the foundation of Monero, were all proposed for Bitcoin but then ended up drifting away to other cryptocurrencies because they couldn't work with Bitcoin.

These old coins coming to life provide a striking reminder of just how non-fungible Bitcoin is. And many of the responses to the incident, in the form of fears that sleuths searching for Satoshi will unintentionally end up de-anonymising some other early miner, just go to show how non-private Bitcoin really is.

It's one of Bitcoin's more persistent disconnects. Its main mythoi are related to themes of privacy and "real money" but on paper it's just not great at those things.

"Anyone who successfully de-anonymises Bitcoin users fails to understand that Bitcoin is anonymous!"

And yet, Bitcoin is succeeding, both in its own right and compared to privacy-oriented cryptocurrencies that actually offer fungibility and privacy.

There are clear signs of growing institutional investment in cold, hard Bitcoin rather than blockchain. The narrative of Bitcoin as a hedge against inflation is catching on.

The stock-to-flow theory remains historically compelling, although the coming years will really put it to the test. In the marketplace Bitcoin has been flatly outperforming privacy-oriented coins like Zcash and Monero, as well as pretend privacy coins like Litecoin and DASH.

One conclusion we can draw from this is that the markets don't give a flip about most of what you hear about Bitcoin.

Money talks and it's saying "actually I'd rather pay capital gains tax on large crypto investment returns than get smaller returns without paying tax".

In fact, the lack of privacy might be a boon for Bitcoin, because it means it's still widely available in markets where privacy cryptocurrencies have been banned.

Similarly, without Bitcoin's lack of fungibility we wouldn't be able to find such clear evidence of trends like "hodling". Bitcoin is what it is precisely because it's more of a non-fungible collectible than a fungible currency.

Plus, fungibility would only really matter if Bitcoin was going to be used as a currency, which it's not. Average Bitcoin transaction fees have climbed to a painful US$6 post-halving, which is a more pressing concern than something like fungibility, but either way no one's actually using Bitcoin as a payment method.

Even in cryptocurrency's native habitat of the dark web, cryptocurrency only makes up 0.08% of total transactions (down from its peak of a whopping 1% in 2014) and most criminals' preference is still for Bitcoin on account of its familiarity, liquidity and widespread use.

And those factors are perhaps what Bitcoin mostly offers at the end of the day. Familiarity, liquidity and comparatively enormous network effects compared to other cryptocurrencies. It's got a lot of infrastructure under it, it can be smoothly converted between fiat and other crypto and its global brand recognition is incredible by any metric.

Much of the rest of it – all the talk of privacy and freedom and so on, even the myth of Bitcoin's decentralisation to an extent – is largely just emotional advertising.

And in a time and a place where there are undoubtedly some hair-raising problems going down with incumbent currencies and for a product whose value hinges on sheer belief, brand recognition and good advertising might be more than enough to seize the day.