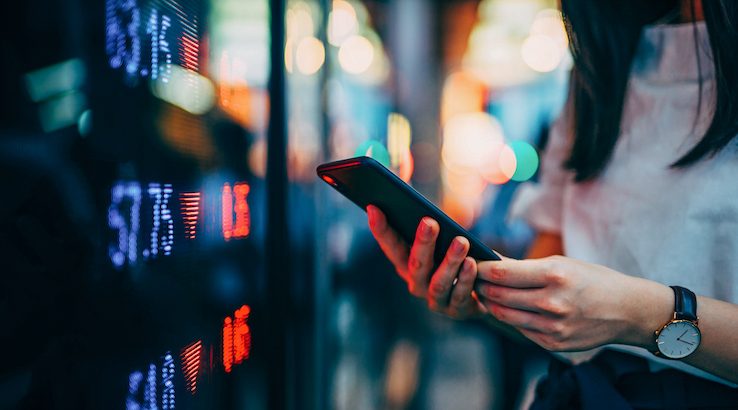 Australia is facing its first recession in 29 years – so what does that mean for stocks?

Sponsored by International Capital Markets Pty Ltd (IC Markets) AFSL 335692, a leading CFD provider across forex, stocks, and commodities. Trusted by traders worldwide. Trade with spreads as low as 0.0 pips.
CFDs and forex are risky investment products and most clients lose money trading. Consider whether this is right for you before making a decision.

It’s official – Australia is in the middle of a recession that has been triggered by COVID-19. But does that mean we can expect our stock market to follow a similar fate?

Broadly speaking, recessions are marked by a slowdown in business production, high unemployment, less spending or borrowing and wage stagnation. In April the IMF predicted the health crisis would trigger the biggest global downturn since the Great Depression.

None of this should be good news for the stock market. So you may be wondering why we’ve seen Australia’s market (S&P/ASX 200 index) rally by more than 30% since the end of March. On 3 June alone, it rose by 1.3% after GDP figures confirmed our recession status.

It begs the question – why is this happening and can the stock market continue rising during a recession?

Do stock markets crash in a recession?

People often forget the share market is separate to the economy. Stock markets don’t always crash when there’s a recession and sometimes they crash spectacularly during periods of economic growth.

A good example of this is the 2008 Global Financial Crisis (GFC) that saw global stock markets tumble as much as 50% before the crisis eased. It took Australia’s market 11 years to recover to its pre-GFC heights, only surpassing it’s 2007 high in July last year.

The thing is, Australia wasn’t technically in a recession during this time. A technical recession is where there have been two consecutive quarters of negative growth in GDP – and Australia's economy was growing during the GFC.

Australia’s All Ords index during periods of crisis

It's tricky to track Australia's stock market performance prior to the 1980's as we no longer use the same comparative measures, but historical data indicates there isn't a big connection between GDP growth and the severity of a correction.

During our worst ever recession in 1929, Australia’s stock market fell by around 46%, whereas it saw its worst ever crash in history through the 1970's oil crisis followed by the GFC.

But get this, in our most recent recession in the early 90s, the stock market actually rose by around 24%. Instead it fell in the six months prior as economic warning signs started to appear.

SPONSORED: What can we expect if Trump is voted out of the White House?

The US sneezes... Australia gets a cold

Stock markets don’t always follow the tune of the economy because they’re global in a way that’s not necessarily reflective of the economic situation.

The changes taking place in major economies such as the US, China and parts of Europe can be a better predictor of ASX market performance than our own.

Our stock market plummeted during the GFC because the United States and parts of Europe were suffering their worst economic downturn since the Great Depression, even though our own economy was still growing.

This tells us that Australia's recession may actually be secondary when it comes to our stocks. The real question might be, how will the world's two biggest economies – and our two key trading partners – weather the storm?

Will the stock market recover in 2020?

The market appears to be recovering from its 30% March fall thanks to new stimulus measures announced in the US and Australia. But it’s difficult to say if the rally will last, especially once the support measures end.

We know that in the past, stock market crash recovery times depend on the type of bear market we’re seeing. These are either event-driven, cyclical (occurs every few years) or structural (deeply-rooted financial/economic issues).

Event-driven market crashes historically take the shortest time to recover at 9 months on average with market falls of 29%. Structural crises are more severe with a recovery period of 9 years and average market drops of 57%, according to Goldman Sachs research.

Although the crisis started as event-driven thanks to the pandemic, analysts believe the longer we remain in lockdown, the more likely we are to face a structural crisis similar to the GFC.

Although we can’t say whether stocks will rise or fall during the current recession, there’s a good chance stocks will remain volatile.

Between February and March, the US, UK and Australia saw their benchmark stock indices fall by more than 30% – the quickest transition to a bear market in history. During this time, stocks saw unprecedented levels of volatility.

In the US, the S&P 500 topped the charts, with volatility levels surpassing both the 1929 market crash and the GFC, with average daily swings nearing 5% in March. 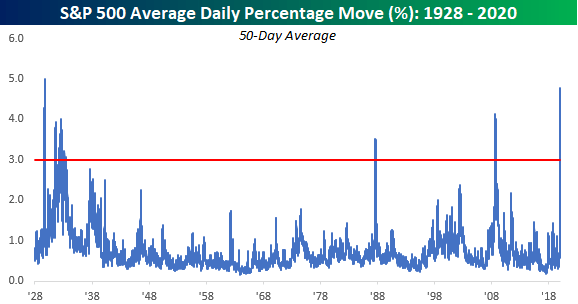 While the volatility appears to be cooling, the big unknown is how it will behave once economic stimulus packages such as JobKeeper come to an end.

Are stocks a good bet?

The reality is, with interest rates at record lows, investors are left with few other good options outside of the stock market.

When an economy is underperforming, central banks typically lower interest rates to encourage more spending and borrowing, but Australia’s cash rate is already at a record low of 0.25%, so there’s little room left for manoeuvring by the RBA.

It also means that people can no longer get a good return on their money by keeping savings in the bank.

Although lending rates on property are low, property investing is still very much out of reach for many everyday Australians.

At the end of the day, how a stock market performs during a recession all comes down to the choices available to investors. Do people have enough spare cash to invest? Are there viable options outside of stocks? These things rely on healthy global economies and the support available for the people and businesses living in it.

How will the US election impact the stock market?

SPONSORED: What can we expect if Trump is…