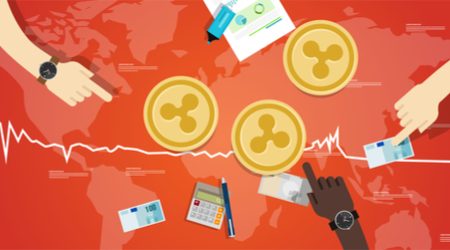 The Ripple-powered MoneyTap app is set to roll out across dozens of Japanese banks any day now.

The SBI Ripple Asia Japanese Bank Consortium was formed in 2016 as a network of 15 banks. It has since swelled to 61 member banks covering almost 80% of banking assets in Japan.

The deal has been in the works for years, and now seems to be on the cusp of making a prominent move in the form of the MoneyTap app. The app was announced in March, but the app website went up only hours ago.

It's not downloadable yet, but the live site suggests it might be very, very close. The site says the app will be downloadable in autumn 2018, which is broadly anytime from now to November.

If all goes well, Ripple might lock in the vast majority of international money transfers going in and out of Japan in the coming days.

SWIFT is generally entirely inadequate for consumer money transfers, especially for relatively small remittance payments. In Japan, the transfer fee alone might cost about 12 hours of labour for a migrant worker. It's hard to say though because the actual transfer fees will vary widely. This often necessitates multiple trips to the bank at a later date to cover shortfalls when the initial transfer fees paid weren't enough.

Through MoneyTap, Ripple aims to drop fees to a fraction of the current norm and usher in reliable same-day transfers. With such a distinctive edge and so much need in the marketplace, it seems quite likely that it will take off. 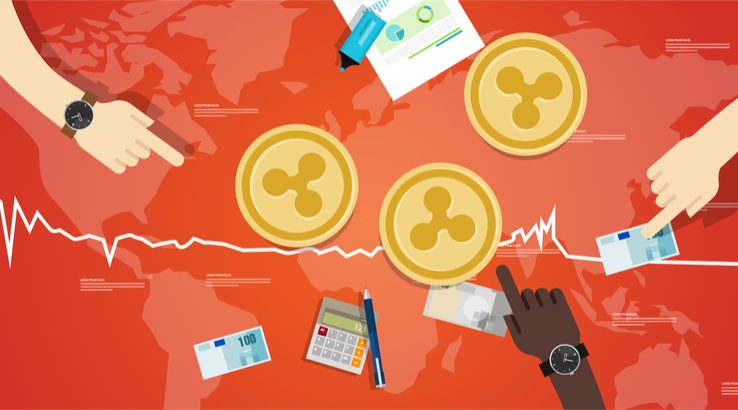 Other players in Japan's market are also moving to shove SWIFT out of the way, but it's reasonable to assume that none of them have the same reach as the Ripple-friendly Japanese Banking Consortium.

Realistic competitors include remittance companies such as Western Union, which are already more competitive on fees, but without a hard digital pivot, these might risk losing their edge. Other low-fee international money transfer services similarly might not be able to match the sheer cost-effectiveness of a Ripple-powered system.

In 2016, MUFG (Japan's largest bank) seems to have initially struck off on its own through a partnership with Coinbase. The Nikkei Asian Review describes the purpose of the partnership as an effort to find a replacement for SWIFT. As an aside, this strongly suggests that Coinbase has viewed itself as a potential Ripple surrogate for years now, which might go some ways towards explaining why an XRP listing on Coinbase might never happen. MUFG has since joined the Ripple-powered Consortium though.

Credit where it's due, SWIFT has also been aggressively moving towards blockchain solutions, but may have found itself at an inherent disadvantage because actually deploying a SWIFT blockchain solution would mean a lot more overhauling by the banks, and it's not really in a position to force this. It doesn't show any signs of becoming a competitive option for smaller consumer money transfers any time soon.

Beyond Japan, it's worth noting that the problems with absurdly expensive and unpredictable remittances are everywhere, albeit in slightly different flavours. Take a look, for example, at how much it might cost to make a bank transfer from Australia to New Zealand.

Edna wants to send $50 in birthday money to one of her grandchildren in New Zealand. She doesn't truck with newfangled money transfer apps or other international money transfer services, and after a lifetime of banking with the same reputable financial institution, there's no one she trusts more to handle the birthday money.

So she takes a gander at the fee schedule.

Figures here are based on the Commonwealth Bank fee schedule dated February 2018 (PDF) because it's both clear and easy to read, but the numbers might be similar for many other banks around.

If Edna wants to avoid that last fee, she can use online banking or the app instead. It's "only" $6 for using the app to go online to make a transfer involving the conversion of AUD to NZD, and this will typically incur an additional fee as a percentage of the total amount sent.

That's also only for transfers under $1,000. If it's above $1,000, then the fee is $12 instead because moving four digits worth of numbers naturally costs more than moving three digits of number.

Alternatively, if Edna just wants to send AUD to New Zealand without a conversion, that will be a flat $22 fee for using the app or online banking.

The correspondent fee is optional, but if Edna doesn't pay it, then a variable transfer fee amount will be taken from the money you're sending and the person receiving the money might be charged an additional fee of $11 to $35 for receiving it.

Edna would probably end up spending more on transfer fees than the amount she actually wants to send.