Podcast: Career planning in the time of coronavirus 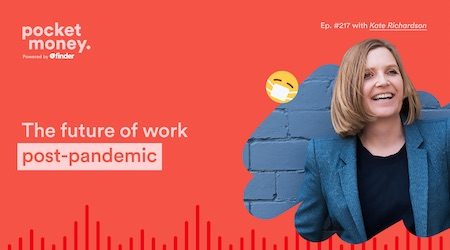 How to turn a career crisis into a career opportunity.

Right now many of us are experiencing a lot of change, whole industries are on ice right now, while others have had to pivot fast. We are fast on track to record unemployment and with a recession nipping at our heels, plenty of career plans and dreams might be feeling a little crushed right now.

But are there opportunities in the ashes of the first half of 2020? And what might "work" look like in the future?

Kate Richardson was a high flying marketing executive who has worked in high profile organisations including the Sydney Opera House, Network TEN, NAKED communications before hitting her very own career crisis a few years ago. Kate then pulled the plug on both her career trajectory and her home town when she decided to move cities and pursue a completely different career as an executive career coach and career mentor.

Kate shares her tips on how to take a career crisis and turn it into a career opportunity.

Mentioned in this episode:

The Finder Pocket Money podcast is intended to provide you with tips, tools and strategies that will help you make better decisions. Although we're licensed and authorised, we (and our guests) aren't providing any form of financial or legal advice. So please consider your own situation and get proper advice about your individual circumstances before making any decisions based on anything on our show. Thanks for listening.

Have questions for the Pocket Money crew? Want to suggest a future episode idea? Hoping to speak with other curious young adults sorting through their lives and their money?

Pocket Money is hosted by Sally McMullen and Kate Browne, produced and directed by Ankita Shetty, with editing by Brianna Ansaldo of Bamby Media.

finder.com.au (ACL 385509. CAR 432664) is Australia's most popular comparison site. We like to help, and while we understand that our podcast provides information, insight and entertainment, it's not personal advice. Consider your own circumstances and get advice before you make any decision based on our general comments and commentary.