What can we learn from the payment revolution in China? 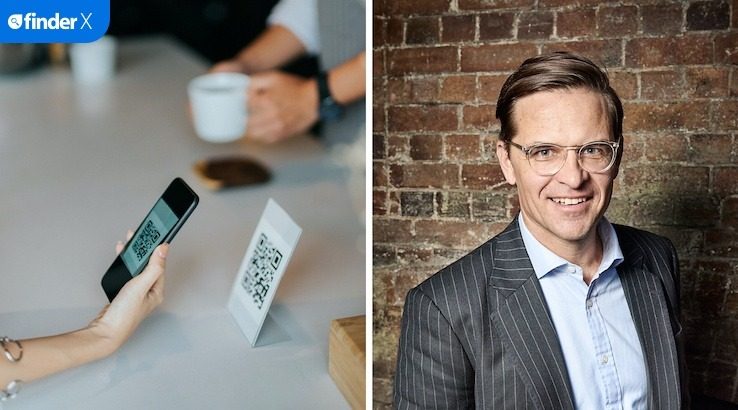 From Alipay and WeChat to QR codes, eCommerce expert John O'Loghlen gives us the lowdown on how payment trends in China could bring change to our shores.

Payments have changed significantly in Australia over the past decade – from phasing out cheques and card signatures, to the introduction of contactless payments and the rise of digital cards.

While we've moved away from cash and witnessed gradual innovation in our payment options, by comparison, China has experienced what can only be described as a payments revolution and is now home to almost half of the world's digital payments.

For regular travellers to China, this innovation won't come as a surprise, but frustratingly, the country's primary digital payment systems have been locked to foreigners, until now. In November 2019, Alipay – China's leading mobile payment platform that serves over 1.2 billion users with its local e-wallet partners – opened its service to short-term visitors.

So, with China's mobile platforms now available to foreign visitors, what's all the fuss? To unpack this question, it's important to examine the nation's history and how it compares to Australia (and elsewhere in the world).

China was one of the first countries to introduce paper currency during the ninth century, and it remained the dominant form of payment up until the last decade.

Unlike many western countries, China never really got on board with the rollout of plastic credit cards and card payment infrastructure, including point of sale (POS) terminals.

This gave birth to China's "all-in-one" apps, Alipay and WeChat. These digital-first payment services weren't held back by the existing plastic status quo and were able to quickly redefine what payments could be.

Fast-forward to today and these services aren't just used for payments, they are a lifestyle tool.

From hailing a taxi to booking movie tickets, accessing financial advice and ordering meals, it's possible to do all of this within the one app.

Users can also scan these apps for a plethora of discounts and promotions, both online and in-store.

Many retailers use these apps as a sophisticated marketing channel, so if you are heading to China and intend to do some shopping, using these apps before and during your visit will ensure you get the best deals.

Another phenomenon of China's payment and lifestyle systems is the use of QR (quick response) codes: a barcode that instantaneously relays information. QR codes have become universal as they are cheaper and easier for merchants to print and set up than investing in point-of-sale machines and card readers.

While QR codes are slowly gaining traction in Australia (you might have seen them in magazines, on posters or in television ads), in China they are mainstream and play the same role as our payment terminals.

Want to buy a bottle of water from a vending machine in China? Chances are you'll need to pay by scanning a QR code through your mobile app.

They're cheap to create, easily spread and all you need is a phone with a camera. In fact, they've become so common in China that paying with cash is practically unheard of, even with street performers and taxi drivers.

QR codes are the great leveller, it means anyone can become a merchant, without the hefty overheads of payment infrastructure we experience in the western world.

They are so popular with Chinese consumers, that tens of thousands of Australian businesses are now employing them to appeal to the 1.2 million Chinese visitors who come to Australia annually.

What could this mean for Australia's payment options?

China was only able to develop such a progressive payments system as they evolved much later in the global technology cycle.

In Australia, our payment system is dictated by the legacy infrastructure of our financial institutions and old habits, like using a plastic credit card, die hard.

As a result, it's unlikely that we will experience the same level of integration and convenience any time soon. But there are many emerging fintechs and global technology players that are improving the pace of our innovation.

In the meantime, you should head to China if you'd like to catch a glimpse of the future of payments.

John O'Loghlen is the Director of Alipay in Australia and New Zealand, the world's leading payment and lifestyle platform with more than 1.2 billion users worldwide, with its local e-wallet partners. John has more than two decades of experience engaging with the Chinese market, including in roles with Alibaba Group, Domino's Pizza, Macquarie Bank and Goldman Sachs.