NSW road deaths are down but traffic fines rise 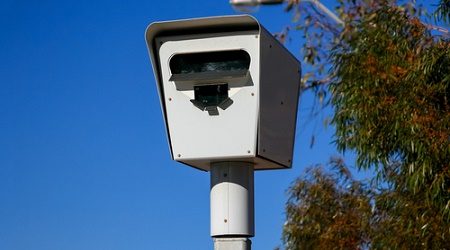 While the death toll on New South Wales (NSW) roads has reduced substantially over the past forty years, the value of traffic infringements has increased, due to the proliferation of speed and safety cameras and random breath tests (RBT).

These new figures represent the lowest ratio of deaths since the beginning of the 20th century. In 1908 there were 7.6 deaths per 100,000 people. In recent years, NSW roads have become far busier. In 1910 there were around 4000 registered vehicles. Currently, there are about 5 million motor vehicles on NSW roads.

The greatest falls have been recorded since the inception of RBT in 1982, when the road deaths ratio was around 23 per 100,000 people.

The number of serious injuries as a result of road accidents in NSW have remained relatively steady over the last decade.

Serious injuries are those persons admitted to hospital because of injuries from a crash, who did not die within 30 days of the crash.

The southbound speed camera on Botany Road, operating in the vicinity of Gardeners Road Public School in the Sydney suburb of Rosebery, topped the list for most recorded incidents - 10,937 - in 2015/16.

Top 10 most dangerous school zones based on number of notices:

While NSW roads have become significantly safer in recent years, statistics released by the Bureau of Infrastructure, Transport and Regional Economics (BITRE) show fatalities across the country have been rising progressively.

There were 120 road deaths in Australia this past July, 26.8% higher than the same period five years ago.

The number of pedestrian motorcyclist and bicyclist deaths also increased year-on-year in July.

It's not all doom and gloom though. BITRE revealed the number of fatal crashes involving heavy vehicles in Australia have decreased dramatically over the last decade.

If you've been involved in a car accident, follow our step-by-step guide for what to do and who to contact.