Investing in Pop! Vinyl toys could get you a 442% return 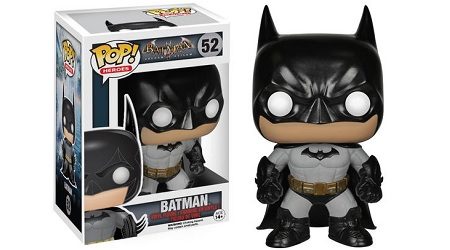 People are constantly searching for the most effective ways to invest their money and generate profitable returns, from dumping their cash into savings accounts or term deposits, trading currencies, or buying shares on the stock exchange. But have you ever thought of investing in miniature figurines?

However, there are opportunities to make thousands of dollars investing in unique, low-tech FUNKO Pop! Vinyls collectibles, and with an average profit margin of 442% per figurine, it may be worth exploring.

This isn't the first time I've been schooled on the investment fortuity of toys. Just last month we discovered Lego sets that were returning immense profits, significantly higher than investments favoured by savers on the Financial Times Stock Exchange (FTSE) 100 Index over the past 15 years.

What are FUNKO Pop! Vinyls?

The company currently holds hundreds of licenses and the rights to create tens of thousands of characters. Millions of these figurines have been distributed and sold worldwide.

The team at finder.com.au analysed data from Pop Price Guide, a website dedicated to providing estimate valuations of FUNKO figurines based on current sales activity. The site also allows users to track items in their collections to ascertain market values and platforms to engage in forum discussions.

Reviewing the price guide we found the average return on investment for Pop! Vinyl figures was 442%.

The recommended retail price (RRP) of these collectibles is around US$20 and none of the hundreds of figurines listed were released prior to 2010. In fact, most were produced and released between 2014 and 2015, meaning market values have skyrocketed over a very short period.

"When licensors see that your products are getting into the marketplace and there is a coolness factor to them, they want to be a part of that," Mariotti said.

Many of the FUNKO Pop! Vinyl figurines sold via online marketplaces such as eBay are currently priced at values far exceeding their initial RRP.

For example, Stan Lee signature Pop! Vinyls released exclusively at New York Comic-Con 2014 are currently priced at US$65, returning a profit margin of US$45 - an effective return of 225%.

But investors beware! Buying up every figurine won't necessarily turn you a profit in the future. There are plenty of releases which are currently returning less now than their original retail price. Many are only released at single events, but with these returns, even the cost of your airline ticket might be covered.

There's a lot of time, money and research that needs to be invested... and plenty of luck too.

Pop! Vinyls and Lego aren't the only items to be considered potentially sound investments. In the last five years, Chanel's Classic Flap Bag has seen a 71.92% increase in value. These figures make the bag one of the highest returning investments, outperforming the US housing market and the S&P 500.

If you're unsure of the best investment strategy for your savings or superannuation, check out our comprehensive investment guide and consider discussing your options with a financial adviser.