A beginner’s guide to Lego investing 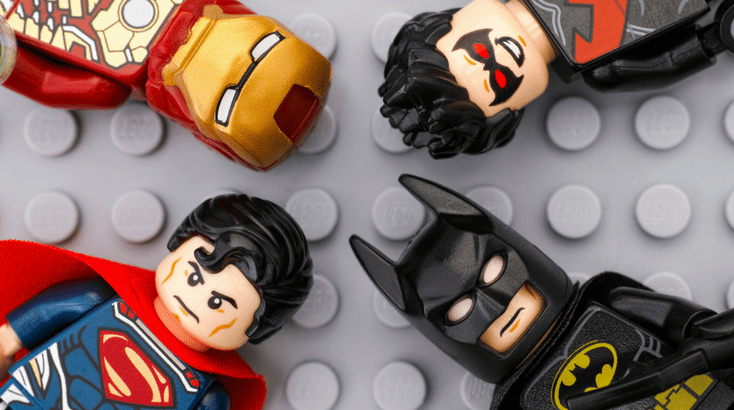 With property prices increasingly out of reach, is investing in Lego a more viable option for investors with net returns of up to 3,593%?

Most people know the benefit of investing their money in something as opposed to leaving it sitting in cash, but with so many investment options available it can be hard to know which one is right for you. There’s savings accounts, term deposits, forex trading, Lego, shares… wait, Lego? The little plastic bricks you played with as a child and now painfully (quite literally) regret owning each time you step on one in your house? Yes, that Lego.

Here at finder.com.au we’ve done the research and pulled together the top Lego sets, their initial selling price and what they are going for now. Spoiler alert – the top sellers have increased in value by up to 3,593% and are selling for up to $9,206 a pop.

Could you have one of these sets stored in your parents’ garage? We hope for your sake that you do, but If you don’t and are keen to get on board we’ve compiled some strategies for Lego investing below, along with some suggested sets currently on the shelves. The best part? You don’t even need to sacrifice your smashed avo on toast to get there. Ready? LEGGO.

Lego is having a moment. Not only has Lego recently replaced Ferrari as the "world's most powerful brand", but an analysis by British newspaper The Telegraph found Lego was a better investment than the stock market and gold.

According to the newspaper, since the year 2000 the Financial Times Stock Exchange (FTSE) 100 delivered investors an average annual return of 4.1% after dividends. On home soil, according to ABC Bullion, the average rate of return for gold in Australian dollars between 1999 and 2014 was 8.3%.

“Aren’t those quite good returns?” I hear you say. Yes, but Lego trumps both of these.

The Telegraph revealed Lego sets in good condition have increased in value by 12% each year since 2000 – more than double that of the FTSE 100. finder.com.au’s research also found that some of the bestselling Lego sets still new in box are increasing in value up to 55% annually.

Here at finder.com.au we’ve been busy looking at data from brixinvest, a resource and investment guide for buyers and sellers with resale price information and trend data, to reveal the top Lego sellers when new in box.

brixinvest compiles its data by analysing various sources including resellers and auction sites. It includes data on the initial selling price, the average price sellers are requesting now and the value increase since launch.

Which discontinued Lego sets are valued the highest?

It’s no surprise the Lego sets that are no longer available on the shelves are the ones raking in the big dollars – they’re ultra exclusive and, let’s face it, people always want what they can’t have.

The biggest value increase is for the Lego set Market Street – part of the Modular Buildings theme and released in 2007 for US$89. When new in box, this set now sees an average asking price of US$3,287, with the highest asking price recorded at US$4,170 and boasting an outrageous total value increase of 3,593% over nine years. Second place goes to Cafe Corner, released in the same year and theme, which initially sold for US$139 and now asks for an average of US$3,329.

If you were a self-confessed Star Wars fan when you were young you could be in luck, as sets from this theme are now worth a mint. There are four Star Wars sets listed in the top 10 retired Lego set sellers including Millennium Falcon, Death Star 2, AT-AT and Imperial Star Destroyer which have seen value increases between 46% and 1,319% since initially hitting the shelves.

The following table shows the top 10 discontinued Lego sets new in box with the highest return on investment since being released according to brixinvest. Could you have one?

What makes Lego such a good investment?

Firstly, it’s made of plastic so it’s virtually indestructible (great for investors, not so great for the environment). Therefore while a Lego set may be 15 years old, it will most likely still function the same and won’t look too outdated. This is especially true if it’s still in the box!

It also has an element of exclusivity. Lego only releases a limited number of each set, meaning they are only available to purchase new for a limited time before being discontinued. For example there are only 5,000 famous Mr. Gold minifigures in existence, so it’s no surprise it has become the single most expensive minifigure in the market today, worth upwards of US$1,000.

Lego is also relatively cheap; compared to property which will set you back a casual million dollars in most major Australian cities, many extravagant Lego sets cost under $300 when they’re first released. So if you can’t afford an investment property – why not build up a portfolio of Lego instead?

Like comic books, Lego is a collector’s item and can be highly addictive. Crazed fans will do, or more appropriately will pay, whatever it takes to complete their collection.

The famous Taj Mahal Lego set may fetch over US$4,500 today, but it was released almost 10 years ago for a measly US$299. Like most investments, you’re not going to get rich overnight, and you should buy with this mentality.

Discontinued Lego sets are only truly valuable if they are unopened and still in their original packaging. Knowing this, if you find a set you want to build and you believe it may jump in value after it’s no longer in stores, you should purchase two – one for play and one for safekeeping.

Do your research to learn which Lego sets typically increase in value, and consider buying sets in those themes when they are released. As there are four Star Wars sets listed in the top 10 retired Lego set sellers above, buying a few sets from this theme could be a smart move.

4. The bigger the better.

Usually the sets that are worth a fortune now are quite large, with thousands of individual Lego pieces and minifigures to match. As a guide, aim to buy sets with at least 1,000 pieces. The Star Wars Millennium Falcon, worth over US$10,000, boasts 5,197 pieces and five individual minifigures.

Buying Lego that is launched around a particular popular film series is a good strategy, as these will likely be discontinued shortly after the movie premiers making them instantly more valuable. Again, Star Wars is a perfect example of this.

If you’re keen to dabble in some Lego investing but don’t want to break the bank, you’ll be pleased to hear that there are 10 sets currently selling for under $300 that brixinvest believes may have a good chance of increasing in value after they’re discontinued.

If Lego’s not your thing yet you’ve recently received one of the below sets as a gift from a distant relative, do your future self a favour and hold onto it.

Before you get too excited and spend your next pay cheque on Lego, it’s important to remember that, like any investment, there is always a level of risk involved. Some Lego products and themes, such as Prince of Persia and The Lone Ranger, are worth less now than when they were first released.

But if you know what you’re looking for and find a Lego set with a few thousand pieces, unique minifigures, an element of exclusivity and from a popular theme, why not give it a go?