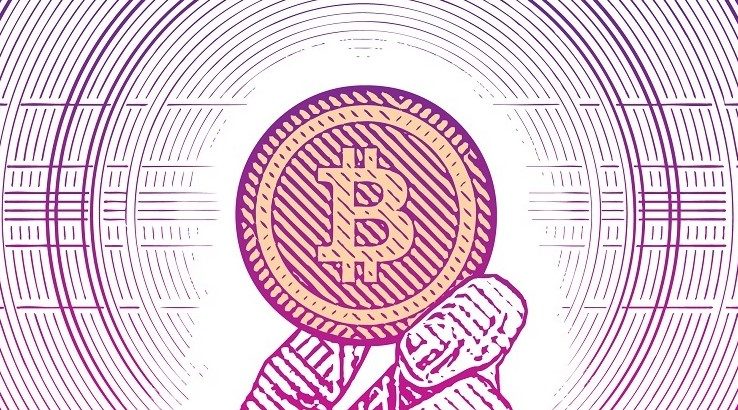 What does the halving do to Bitcoin prices, and why?

The Bitcoin halving is a periodic event programmed into Bitcoin. It happens roughly every 4 years.

It’s widely believed that each halving significantly impacts Bitcoin prices, and understanding the halving is the key to understanding Bitcoin's value as well as how the principles of scarcity apply to all other cryptocurrencies.

This guide is sponsored by CoinSpot. Buy Bitcoin and heaps of other cryptocurrencies on one of Australia's longest-running exchanges. Free AUD deposit options, friendly local support and plenty more great features.
Find out more.

This guide is sponsored by CoinSpot. Buy Bitcoin and heaps of other cryptocurrencies on one of Australia's longest-running exchanges. Free AUD deposit options, friendly local support and plenty more great features. Find out more.

What happens in the halving?

There will be a maximum of 21 million Bitcoin, but they’re being created gradually. Each halving slows down the speed at which new Bitcoin is created, reducing it by half. 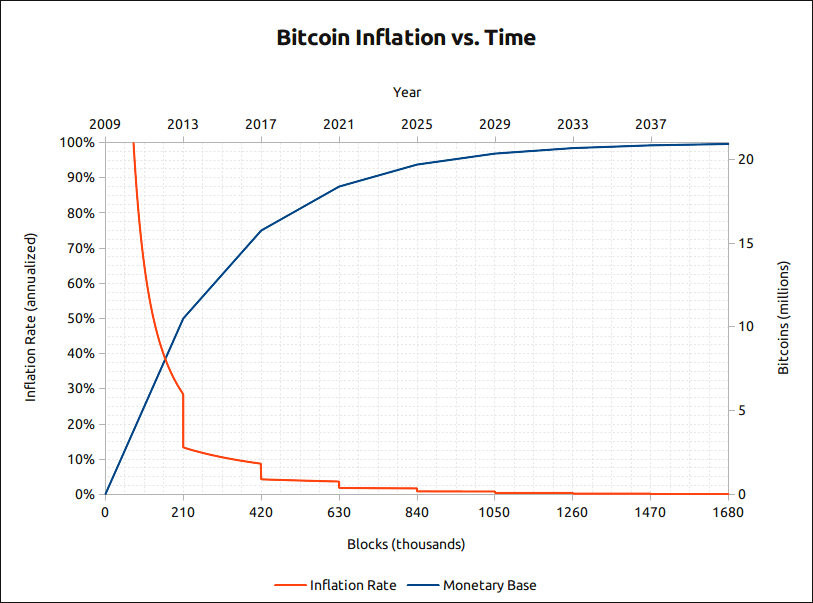 Each halving is a big step towards this outcome.

Why does Bitcoin halve?

Bitcoin was deliberately designed to be valuable. Its inventor described it as electronic cash and digital gold, and in order to function as money it has to be worth something.

It’s also necessary that the coin be valuable for the Bitcoin network to keep functioning. The miners who operate the Bitcoin network and help process its transactions are paid in newly-created Bitcoin, but if the coin wasn’t worth anything they wouldn’t be getting paid enough to keep doing it.

And just like money or gold, Bitcoin's primary purpose is to be valuable.

The halving helps support this. It doesn’t directly make Bitcoin any more valuable, but it does make it more scarce. And on paper, if something is less common it’s more valuable.

In theory, each halving makes Bitcoin more valuable. But in the real world the market decides how much it’s worth, and there’s no guarantee that the theory will cleanly translate to the real world.

Both of Bitcoin’s previous halvings were characterised by similar price movements.

The first halving was on 28 November 2012. Bitcoin prices started climbing about six months before the event, then they topped out and dropped a few weeks before the halving actually happened.

A similar thing happened for the next halving, on 9 July 2016. Prices more than doubled in the six months before the halving, but dropped significantly before the event.

A broadly similar thing happened once again before the third and most recent halving. Prices rose in the weeks before the halving, and then dropped just before the event itself.

But despite those drops, Bitcoin's halvings are mostly associated with prices going up.

It’s clear that both previous halvings were followed by major Bitcoin price rises. The real question, though, is whether the halvings are what caused prices to rise.

One theory suggests they did.

Bitcoin and the stock to flow theory

It’s called the “stock to flow” theory, and historically it’s been an incredibly good predictor of Bitcoin prices.

There’s a very simple formula behind the stock to flow theory: you take the total number of Bitcoin in existence (the “stock”) and divide it by the number of new Bitcoin created each year (the “flow”). This gives you a nice, clear number called the “stock to flow (S2F) ratio”.

The stock keeps gradually increasing as more Bitcoin is created, while the flow gets cut in half each time Bitcoin halves. Consequently, the S2F ratio is a number that gently increases over time, but jumps sharply every 4 years or so.

By charting Bitcoin prices against its S2F, we can get a model of Bitcoin prices that can accommodate Bitcoin’s price changes from less than a dollar all the way to $20,000.

Bitcoin’s next stop after the halving, according to this model, is the $100,000 range. 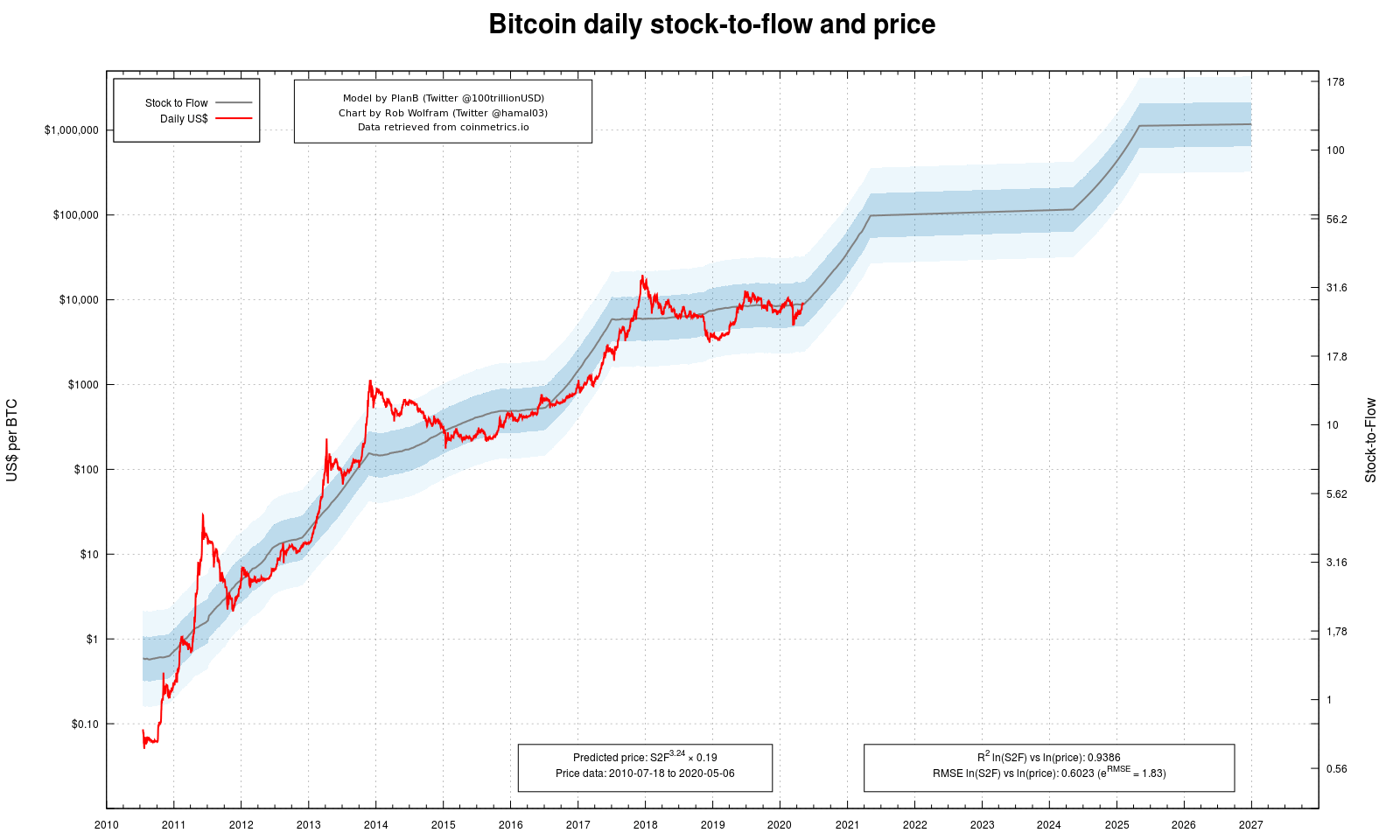 Firstly, it’s important to note that this chart is an automated creation that essentially just mashes together Bitcoin prices and the Bitcoin S2F ratio to create a pattern. This is why it has such peculiar logarithmic scales for Bitcoin prices (left) and S2F ratio (right), and why it looks almost "too perfect."

It's also worth noting that the dark blue line represents a very wide possible price range. As of April 2020, Bitcoin prices can swing from about $5,000 to $16,000 without going outside the dark blue line, so staying in that range isn’t a huge predictive achievement.

So the formula is (probably) not a magic Bitcoin price prediction machine.

However, it does show that once we factor in the halving there is a coherent theory to rationally explain how Bitcoin prices are equally sensible at both $0.10 and $10,000. It highlights how, according to one of the most historically-accurate Bitcoin economic models ever devised, the halving is perhaps the single most important part of Bitcoin’s price history.

It also gives us a hint of where Bitcoin will go next if we assume past performance is a guarantee of future performance – which it’s not. 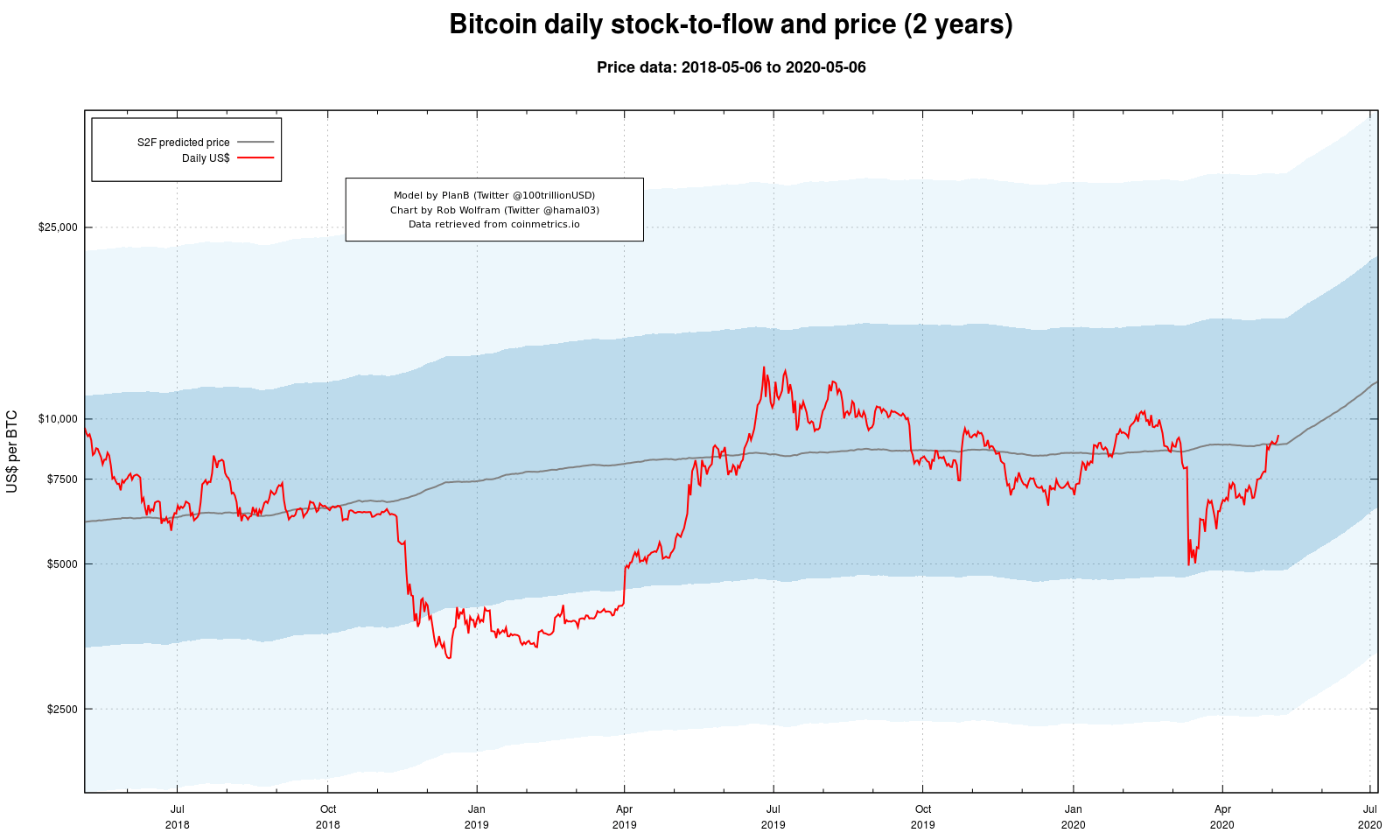 For this theory to hold, Bitcoin will need to make explosive gains to over $100,000 in the coming years. Fortunately, if enough people believe in the S2F theory, it could end up becoming a self-fulfilling prophecy.

This is why the coming years will either make or break the impressively-accurate Bitcoin stock to flow model.

Is there a chance the price of Bitcoin won't rise?

Despite the compelling nature of the most bullish Bitcoin price theories, there are still some arguments for betting against Bitcoin in the halving.

The big one is the simple fact that past performance is not a guarantee of future returns.

Plus, Bitcoin is simply not selling at $100,000. If enough people truly believed in the S2F model, the markets would already have priced in the rise to a greater extent. Taking Bitcoin from $10,000 to $100,000 will require a lot more money than taking it from $0 to $10,000 did, and there really is no roadmap for what it aims to do now.

It’s also worth noting that Bitcoin isn’t the only cryptocurrency with a halving. Litecoin, Bitcoin Cash and Bitcoin SV all went through their own equivalent halvings recently, with little fanfare and no apparent market impact.

No one knows what exactly that special sauce is, so no one can be completely certain that Bitcoin has enough of it going into this halving.

One way or another, each halving changes what we know about Bitcoin, and it’s always a momentous occasion for the cryptocurrency.

How these principles apply to all cryptocurrencies

There are hundreds of different cryptocurrencies, but one common factor they all share with Bitcoin, and with each other, is that they are only useful if they are valuable and they are only valuable because they are useful.

And so, much like Bitcoin, other cryptocurrencies have formulated their own coin release schedules and have their own finite, circulating supplies. For example:

But Bitcoin was the first cryptocurrency, it's still by far the largest and each halving is a massive and sudden adjustment to its coin supply. While the underlying principles are relevant to all cryptocurrencies, the Bitcoin halving is the best time and place to see it in action.

You can create an account with CoinSpot and receive $10 free Bitcoin after your first deposit.