Beem It: Hands-on review of the new instant payment app 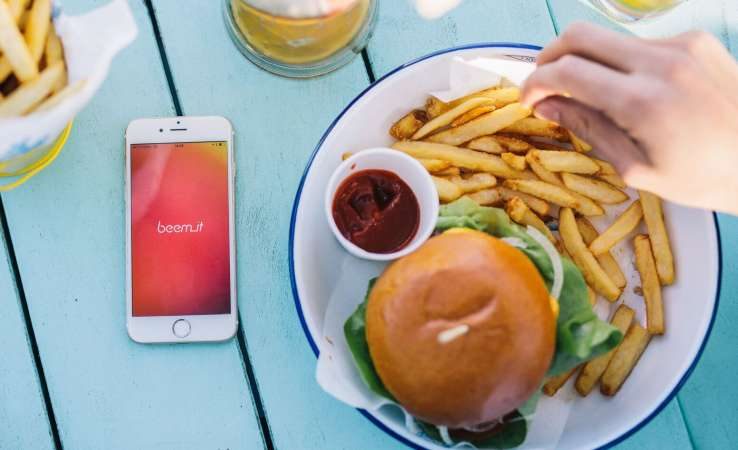 New instant payment and bill-splitting app Beem It has officially launched today following its soft launch on the iOS and Android app stores on 1 May. I've been using the app for almost one week and I can honestly tell you, I'm hooked. I actually wish I owed people money just so that I could use the app to send it to them.

Beem It was developed by CommBank, NAB and Westpac and was initially announced back in October. The app is a pretty big deal for several reasons: it allows you to send and receive money instantly, and it's not restricted to any particular financial institutions unlike Apple Pay, Samsung Pay and Google Pay. Anyone with an Australian bank card can send money through the app and their recipient will receive the funds into their account within 10 seconds (provided they too have the app). Oh, and it's completely free.

Since its soft launch into the app store at the beginning of May the payment app has already been downloaded more than 10,000 times, and just three weeks post launch it was ranking number 30 in the app store for financial apps. That's with zero marketing or publicity.

I freely admit that I can count the number of apps I regularly use on just one hand. So to be honest, I probably wouldn't have bothered downloading Beem It if it wasn't a pre-requisite for attending the media reveal event last week. But as I went through the registration and verification process, I was surprised by how easy it was and almost...fun. Having the app setup on my phone meant that at the launch event I was able to use it to pay, request and split money with others there as part of the live demo, to get a real taste of how the app works.

Use Beem It to Pay, Request and Split

When I log in to the app I can select whether I want to pay someone money, request that someone pays me money or split an amount of money between one to ten people. For example, if I owed a friend money for lunch I can hit 'Pay', type the amount, select the contact I want to send it to and type what it's for. Then I just select which bank card I want it to be taken from, and swipe right to confirm. 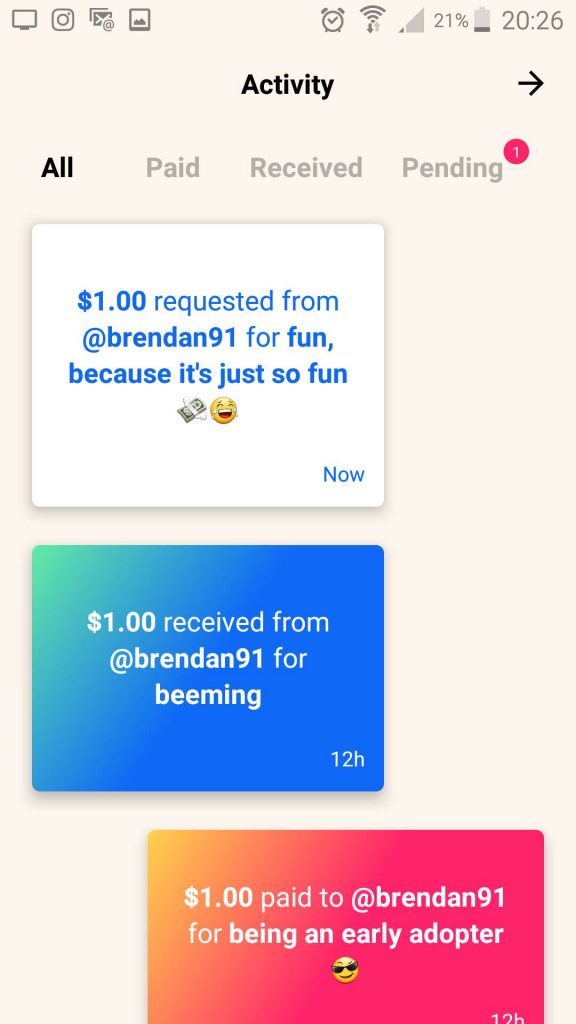 The whole process is easy, strangely addictive and feels like you're drafting a text message to a friend or using a social media platform. When selecting who to send or request money from, it feels more like you're "tagging" a friend in something. It's full of bright colours, and unlike a standard banking app you can use a personal username, type whatever you want in the description and add emojis to your heart's content. Not a BSB or account number in sight.

The app will show you which of your existing contacts is already using the app. When I noticed a friend of mine was already Beeming, we couldn't resist sending each other $1 back and forth simply because it was fun.

If you send money to someone who doesn't yet have the app installed, they'll receive a text message with a download link, and as soon as their account is setup they'll receive the money. This is probably the main downside of the app; the fact that both parties need to have it installed in order for the payment to be processed.

Taking the awkwardness out of money

Beem It was designed to make it easier than ever before to request money from someone that owes you or to split the bill without any fuss. Rather than awkwardly reminding your friend that they still haven't paid you back for those Friday-night drinks, you can simply request the money from them through the app. Or if you pick up the tab after lunch with some colleagues, you can enter the total amount into the app, tag who you want to split it with and the app will send requests to the others for their share.

CEO of Beem It Mark Wood said: “We know that carrying sufficient cash or paying people back via bank transfer is laborious, often leaving people out of pocket and getting in the way of memorable life moments. Unlike using cash or bank apps, Beem It is a brand new, instant person-to-person payment experience for all Australians, that removes money from the moment and aims to help Aussies avoid awkward conversations about money with only a few taps in the app.”

While the app is free to download from your app store at the moment, Wood did allude to the fact that the startup has to make money somehow and would be looking at different ways to monetise the app later down the track. Whether this would be in the form of a one-off download fee, a monthly membership fee or perhaps even some sort of fee that the banks would bear is unclear.