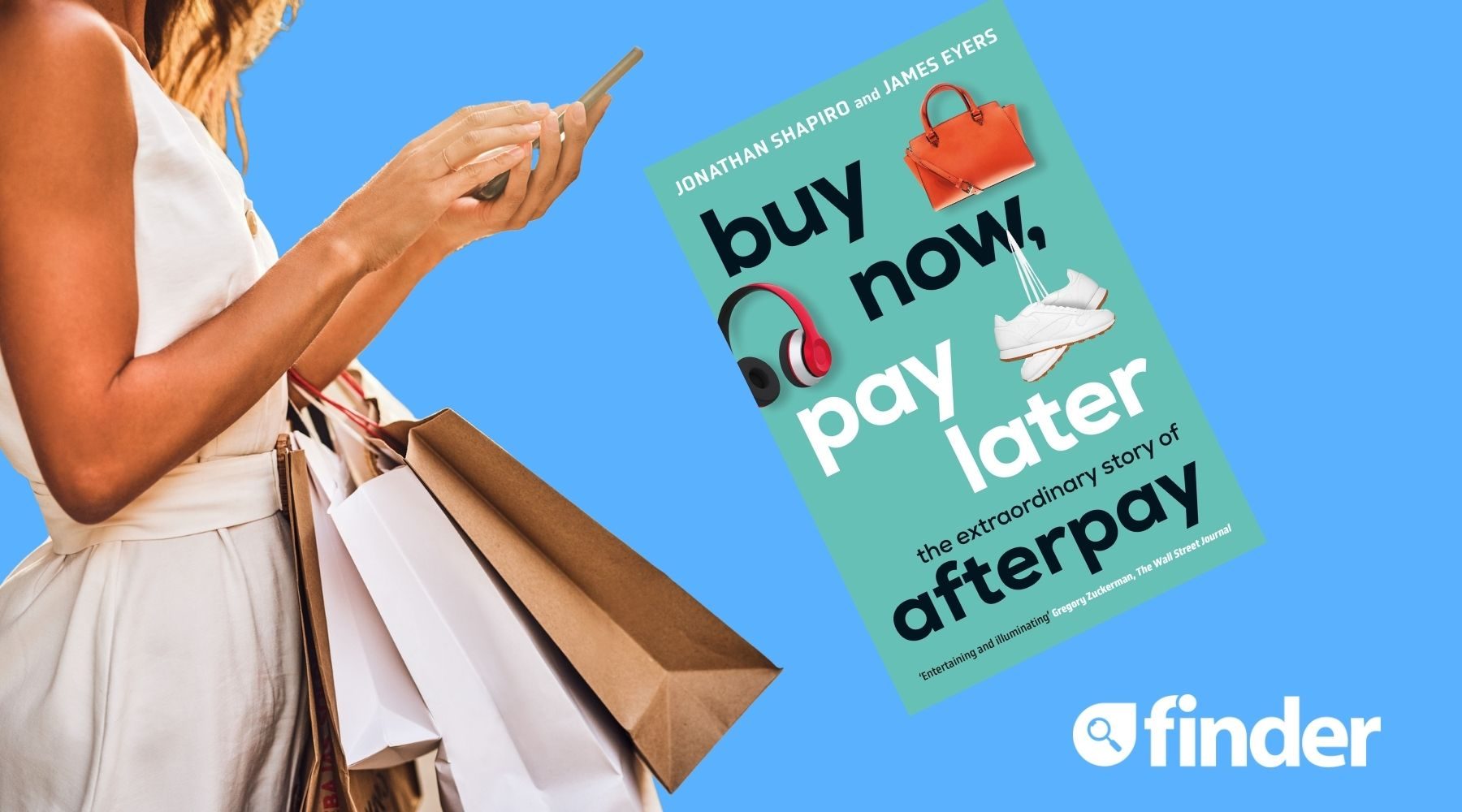 In just a few years, Afterpay has gone from a start-up that banks wouldn't fund to a household name and big player in the payments space.

Now, Afterpay has made history with a $39 billion merger and acquisition (M&A) deal with US payment company Square.

The deal is the biggest of its kind ever in Australia and made headlines around the world when Afterpay and Square announced it. The news also saw Afterpay's share price rise 25% in a single day.

But even before this, Afterpay was getting peoples' attention both in the news and in shops.

"Afterpay (and others) made buy now pay later sexy and consumer-y and millennial, and it became a very punchy kind of brand," finance journalist and author Jonathan Shapiro told Finder in an interview.

Shapiro and fellow finance journalist James Eyers have literally written the book on Afterpay. Called Buy now, pay later: The extraordinary story of Afterpay, it charts the brand's beginnings, right up to when it started looking towards the US for bigger opportunities.

Afterpay was maybe a little bit unusual in being the pure-play buy now pay later offering. It was so simple, you knew exactly what you were getting when you used it.”

"That's why it became so popular, because consumers just understood that 'unless I miss a repayment I'm not going to pay anything for this'," Eyers said.

Shapiro and Eyers have tracked the responses that banks had to Afterpay in their book, and said that it probably didn't seem like a big threat at first.

"I think it was probably inconsequential to the banks for its first few years," Eyers told Finder, adding that Afterpay had even "struggled to get the banks to fund it in the early stages".

"And then it sort of started to stir the giant, so to speak."

As Afterpay has gone from strength to strength, more BNPL brands have come onto the market. This includes options from new fintechs and established brands such as Apple and PayPal, as well as major banks and lenders.

In fact, the same week Afterpay announced its deal with Square, Citi Australia announced it will launch its own BNPL offering, called Spot, in October 2021.

How Australians use credit is evolving, and there remains an opportunity for new players to step in and listen to consumers who are sending a clear message they want innovative payment solutions to help them manage their finances”

In the actual credit card space, the influence of Afterpay and BNPL in general has been mixed. This includes no interest credit cards that charge a flat monthly fee (when you have a balance) and instalment plans that let you break down part of your balance into fixed, monthly payments, often for a set fee and a low or 0% interest rate.

But Shapiro and Eyers also said banking apps have evolved to address similar changes in the way people engage with their finances.

"They've added a lot of functionality and have done a lot of investment…to make that app a place that you can stay and do everything, you don't need to go anywhere else," he said.

"I think Commonwealth Bank clearly has been the institution that has responded the most aggressively."

The cost of paying later

In comparison to other payment options like credit cards or wage advance services, buy now pay later fees tend to be either similar in cost, or lower.

But Eyers said it still means there is a cost to shoppers – especially for BNPL services that charge a monthly fee.

"Even if they get 60% of the revenue from the customer and 40% from the merchant or some sort of split like that, it's still predominantly funded by fees," he said.

Afterpay is pretty unique, I think, and maybe Sezzle in the US as well, as actually having only the late fee for the consumer.”

Both Eyers and Shapiro also noted that BNPL is self-regulated, as opposed to banks and other traditional lenders that are heavily regulated. A lack of regulation can potentially mean less protection and more issues for people who use these services, which has been a big controversy for Afterpay.

Eyers said there are strong points on both sides of the discussion and lots to consider.

"I think it'll come down to the effectiveness of that self-regulation code. No one's triggered the code yet or been investigated yet... and the code itself looks reasonably strong. But are they going to enforce it against themselves? We haven't seen that yet and I think that needs to happen."

Right now, the biggest focus is on what's next for Afterpay in light of the merger with Square.

While it's still early days, Shapiro and Eyers said it has the potential to help keep Afterpay low-cost for consumers.

"Even Afterpay…initially, and I don't know how fleeting this was, they also thought that they had to charge interest at some stage," Shapiro said.

He added that there were questions around whether the buy now pay later model could stand on its own and be financially viable, without putting more costs onto shoppers.

"Now I think Square and Afterpay have thought: 'Look, if we join together and become this massive ecosystem that's connecting everybody, we don't have to go down the interest payment route. And we can continue to be the knights in shining armour that won't charge you interest, because we've now built a large ecosystem where we can be big enough to find [other] ways to monetise rather than having to suck you in through buy now pay later'," Shapiro said.

"Whatever happens to Afterpay [beyond the merger], they've kind of created this new way of paying."

Buy Now, Pay Later: The extraordinary story of Afterpay is published by Allen & Unwin and is available through major bookstores and retailers. You can also learn more about buy now pay later on Finder, or see how brands like Afterpay compare to credit cards.