A ringing phone is a dangerous driving hazard 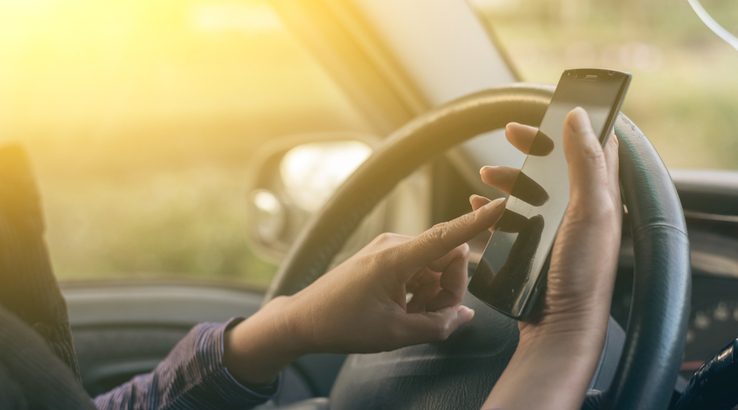 One of the most complicated things you can do with your phone is answer it, especially while driving.

According to a new study by researchers at the Queensland University of Technology (QUT) and published in the journal PLOS ONE, answering your phone while driving is one of the most dangerous things you can do on the road, with a four-fold increase in crash risk.

There are three connected factors that explain why it's so dangerous and why it likely causes a disproportionate number of accidents:

To make matters worse, novice drivers were found to be especially at risk. Not only are they less experienced drivers, but UOQ researchers also found that new drivers were the most likely to use their phones on the road. There might be a reason car insurance is notoriously more expensive for younger drivers.

Of the 484 Queensland drivers surveyed in the study, 28% reported talking on a handheld device while driving (findings echoed by the finder.com.au dangerous drivers survey). But almost twice that amount admitted to locating and answering their phone if it rang while driving. Additionally, almost 50% of drivers think that locating and answering the phone isn't as dangerous as talking and texting.

Answering the phone is complicated

The actual act of answering a phone is deceptively complex. First you have to locate it, then you need to check who's calling you, and then you need to decide whether to answer the call or reject it. All of this is done under the stress of a time limit.

And you don't have the luxury of choosing where and when it happens. You might limit your texting to red stop lights, or while you're stuck in traffic, but odds are that your phone won't ring at such an opportune moment. This further elevates the risk.

Also, drivers don't necessarily adapt to the new conditions while locating and answering their phone the way they do when texting or checking a map. Despite the distraction, they're still maintaining the same speed, following closely behind the car in front and not scanning their surrounds as frequently as they should be.

All of these factors come together to make a ringing phone one of the most dangerous things on the road.

"Finding and reaching for a ringing phone is perceived by drivers as having a mid-range crash risk, however, research has shown that this task is one of the most risky activities a driver can engage in," explains lead researcher Oscar Oviedo-Trespalacios.

"This is because drivers are likely to adapt their driving behaviour when talking, texting and browsing, by reducing their speed, increasing their distance from the vehicle in front and scanning their environment more frequently... On the other hand, a ringing mobile phone can occur at any time without giving the driver time to adapt their behaviour, and therefore increases the likelihood of a crash."

Other findings showed that drivers tend to be more worried about being caught using their phones than actually using them. 70% of drivers admitted to being extra alert for police when using their phones on the road, while others took steps such as making sure to hold phones below window level. Being on the lookout for police and trying to use a phone evasively might further distract a driver, increasing the risk even more.

Despite the risks, more than 1 in 10 drivers still maintained that it wasn't dangerous to use a phone on the road. That particular driving myth could use busting more than others.