What is Verge (XVG)?

Your comprehensive guide to Verge (XVG), a cryptocurrency built with a focus on privacy and anonymity.

In the rapidly expanding world of cryptocurrency, an increasing number of developers are focussing on providing secure and anonymous transactions to their users. Verge (XVG) is one of the popular contenders in the battle for privacy coin supremacy.

So, what does Verge offer, how does it work and what should you consider before buying XVG? Let’s take a closer look.

According to the team behind this open-source project, the goal is to “empower people around the world by bringing blockchain transactions into everyday life”. The maximum supply of Verge is capped at 16.5 billion XVG, and at time of writing more than 14.9 billion of those coins were in circulation.

With Verge, privacy is offered as a choice, rather than by default. Thanks to the currency’s Wraith Protocol, users get to choose between public and private ledgers on the same blockchain. This means those who value transparency, for example merchants, can benefit from the record-keeping advantages of blockchain technology, while anyone who wants to send funds privately has this option available to them.

If you choose to send a private transaction, Verge uses anonymity-centric networks, such as Tor (The onion router) and the Invisible Internet Project (I2P), to ensure that the IP addresses of the parties involved in the payment are fully obfuscated. The result: untraceable transactions.

Where to buy Verge (XVG)

The technology behind Verge

Ask a room full of programmers to solve a problem, and you'll never see the same solution twice. With privacy coins the same is true and there’s more than one way to offer anonymous transactions. For Verge, the focus is on providing privacy by changing how a user connects to the network.

A proof-of-work cryptocurrency, Verge is one of a small number of projects that uses multi-algorithm consensus. There are five algorithms used – Scrypt, X17, Lyra2REv2, myr-groestl and Blake2s – which means you can mine XVG in five different ways. The Verge team says this approach was chosen to allow for more equal access to the currency, ensuring that it can be mined using different hardware.

Verge was initially created in 2014 and went by the name DogecoinDark. However, in an effort to move away from the light-heartedness of Dogecoin and the negative connotations associated with “Dark”, it rebranded to Verge in 2016.

The Verge team is at pains to point out that it is not a private company but is instead an open-source, community-driven project. And just like the coin they created, the team also places an emphasis on their own anonymity, with first names or pseudonyms only listed on the website.

However, you can follow some key players, such as lead developer Sunerok and the project’s technical writer and advisor, CryptoRekt, on Twitter to find out more about any XVG news and updates.

Establishing strategic partnerships and relationships with businesses, investors and even other crypto projects can all impact on the price of a currency. Verge has had a couple of notable partnership announcements in recent times:

What’s next for Verge: the roadmap

2018 has been a big year for Verge so far, with new partnerships, the launch of a new website and the stage two release of its Core Wallet 4.0. The following milestones are listed for completion in its 2018 roadmap:

If you’re considering buying any XVG coins, one key issue you should be aware of is that Verge is far from the only privacy coin competing for market share. Monero, Dash, Zcash, Bytecoin and Bitcoin Private are just some of the other currencies built with a focus on anonymous transactions, so you’ll need to consider how Verge stacks up against those other projects.

More generally, it’s also worth pointing out that all privacy coins (whether rightly or wrongly) inevitably develop associations with dodgy or even criminal activity. While privacy is an essential feature for many consumers, it’s also a double-edged sword that can cast doubt on the credibility of a coin and hamper its public perception.

Verge has also been no stranger to controversy throughout its history. From a 51% attack by hackers in April 2018 that forced it to fork, to earlier reports suggesting that it was being blackmailed by John McAfee, there may be a few question marks you want to clear up before deciding whether or not to buy.

Read more about what the future might hold in our XVG price prediction.

Verge is one of many coins developed with a core focus on privacy. Depending on which way you look at it, the project’s open-source nature can be both a benefit and a drawback, and it’ll be very interesting to see how Verge fares in the battle for privacy coin supremacy over the course of 2018 and beyond. Make sure you compare Verge’s strengths and weaknesses with those of its competitors before deciding whether or not to buy.

Litecoin was freely given a 9.9% stake by Tokenpay, which was initially approached by Weg Bank.

In a few days an expert hacker found a dozen bugs in EOS, but that's not the only coin he's taken on.

Once considered almost mythical, 51% attacks have been springing up everywhere in recent weeks.

The renewed hack attack striking Verge shows how community support can help a brand survive anything.

The little-known PIVX coin is making progress in a unique direction.

How to buy Verge (XVG) 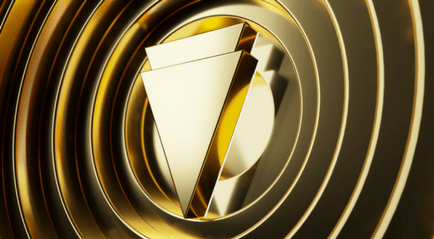 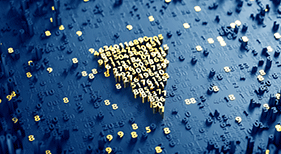