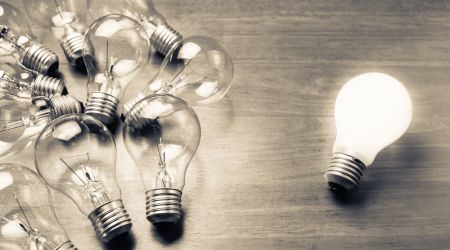 Better support for fintech companies and adopting successful regulation from the UK would reduce misconduct in banks, according to TruePillars CEO John Baini. TruePillars is an SME lender that operates using a peer-to-peer model, the latest entrant to the increasingly competitive SME market.

"It’s clear that there have been enough problems that the government has seen fit to hold the parliamentary inquiry," said Baini. "But I always feel that the narrative is: let’s publicly shame them, let’s hold them to account, but in the end, if you do that, ultimately how can really sanction the banks?"

The answer, he argues, lies in encouraging competition in finance, which will come from fintech companies. In the UK, the government established a mandatory referral program, whereby banks that are unable to service customers should be passed on to alternative finance providers that can. Baini says this initiative, as well as others, leads to better banking conduct.

"In the UK, they’ve set up something called the British Business Bank, and they’ve actually actively put money through platforms like TruePillars, like SocietyOne, RateSetter (the equivalent platform in the UK), and they’ve actually seen the government come on as lenders to help get capital flowing."

"The outcome is alternative finance in the UK is now seriously competing with the banks...customers actually have a viable alternative to go to."

If you can build an alternate finance industry that can fund itself in a different way...it can give you a bit of insurance against the next GFC.

While competition in the fintech space is increasing, Baini sees SME lenders such as TruePillars as on a different level to other alternative finance providers.

"Some other platforms such as RateSetter and SocietyOne, for example, are doing the newer personal loans and a lot of the borrowers that are successful would be ones that the banks would happily lend to," he said.

"We sort of feel we’re filling a gap that is just economically difficult for banks under new regulation, so I don’t see us as a pure disruptor like some of the other players, it’s more that we’ve found out an efficient way to deliver that loan and a funding source that has more appetite for that type of loan."

Baini, who has 20 years experience in banking, says he experienced the GFC firsthand when he was working Dubai. While coming from a loan origination and approval background, he started working with companies hit by the financial crisis. He says that along with keeping banks in check, a more competition-friendly environment would offer some protection against a second GFC.

"Banks weren’t able to get access to money from other institutions and both central banks and governments had to step in and provide them with funding."

"If you can build an alternate finance industry that can fund itself in a different way, and from different sources to the banks, it can give you a bit of insurance against the next GFC."

TruePillars, which began operating in June, offers a marketplace lending platform that connects business borrowers and investors. Rates for the borrower are determined by a five-star risk rating and investors can earn returns currently averaging at 12.5% p.a..