Are fintechs like Afterpay looking at the bigger picture? | Finder

Are fintechs like Afterpay looking at the bigger picture? 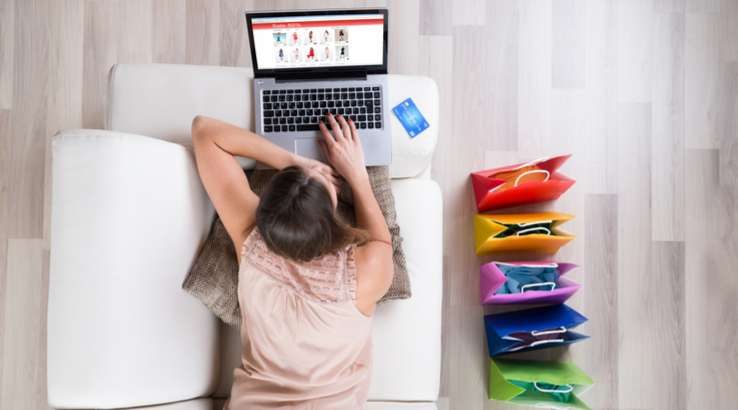 Buy now, pay later products are hugely popular, but who will "clean up the mess" if consumers get in over their head?

Buy now, pay later services like Afterpay, Zip Pay and Certegy have exploded onto the Australian scene and are making headlines for a number of reasons. The most recent is the current Senate Australian inquiry looking into these largely unregulated services, to determine whether or not they should be included in the Credit Act and regulated in the same way as other credit products like payday loans.

Currently, despite letting consumers pay a small percentage of an item upfront, take it home and then pay off the rest in four instalments, they're not required to pre-qualify the consumer to make sure they're in a position to pay off the money owed.

Afterpay, the biggest and best-known of these services, says it welcomes the inquiry but argues that the product is "extremely different" to a payday loan and is in fact helping Australians budget and manage their money. "They are using Afterpay as a budgeting tool, not as a source of credit," its submission to the inquiry says. "We are effectively a lay-by system, except you receive the good or service up front. "

However, this is not the view of many community financial counselling services and non-profit financial organisations that have made submissions to the inquiry.

The Consumer Action Law Centre in its submission to the Senate Inquiry said Australians were already drowning in an unsustainable level of debt and these buy now, pay later products are only making this worse. "The explosion of buy now, pay later services such as Certegy, Afterpay, ZipPay comes at a time when Australians hold record levels of household debt," it wrote. "As the popularity of these products have grown, so too have calls to the National Debt Helpline from individuals with debts owed to buy now, pay later providers."

The Salvation Army also made a submission to the Senate Inquiry, outlining its fears that the sector could not support any more strain on its services. "The financial counselling sector has for decades struggled to handle the demand for services. We do not normally promote our services in fear of overwhelming our services. In 2017/18 Moneycare (the financial counselling service offered by the Salvation Army) received 22,861 initial contacts and inquiries."

Others in the sector predict that whatever happens with regulation, issues will remain. Corinne Proske is general manager for retail and online at Good Shepherd Microfinance, a not-for-profit organisation which aims to provide fair and affordable finance for vulnerable Australians, particularly women and families. Proske says that whether these products are classed as credit products or not there's a much bigger issue at play here: some of these products are targeting the financially vulnerable and excluded.

"What we've seen in our data is it's primarily young women who are taking up these buy now, pay later services," Proske told Finder, saying the adoption rates are not sustainable. "We saw one lady with 200 individual transactions in 90 days. That is a phenomenal rate of usage. We've even seen women rolling them into loans because they can't manage the repayments anymore."

Afterpay has previously said its typical customer is around 33 years old, and that 80% of its customer base is female.

"I think for the larger amounts it makes sense," Proske said. "I can see that $100 in 4 instalments makes sense if you're on a low income. But anything under $50, if you can't spend that upfront I've got grave concerns as to why you're using a buy now, pay later service."

"My main concern is how young they are. I've heard lots from credit legal centres and financial counsellors who have shared individual stories about their sisters, their daughters, and I've heard many examples of where it's 14- and 15-year-olds. I understand that they've now introduced an age limit, but because there's no real verification process they're (the 15-year-olds) still getting them. The millennials keep me awake at night," said Proske.

Community centres will be left to "clean up the mess"

There's also the wider issue of avid consumerism. Proske said how buy now, pay later services encourage excessive shopping which is not only bad for the wallet but also the planet, as well as having negative psychological effects on young girls in particular who may already be struggling with poor self-esteem. "I think a lot of this is around women and their image because of social media...I blame the Kardashians in part! It's that whole lifestyle. I think this is an unintended consequence of success. I wish these businesses well, but this is a critical point where we need to rethink when enough is enough. How much profit is enough profit?"

Speaking about the possibility of buy now, pay later services soon being regulated in the same way as other credit products like payday loans, Proske said she thinks it will happen. "My gut sense is that it will happen. But this is just one type of product that's been around for 18 months, but will make a long-term impact...and it's the community centres who are left to clean it up. This is not the right way to be working on things."

Is a lack of diversity creating problems for fintechs?

Meltzer said instead of targeting those who aren't perhaps aren't as financially savvy, fintechs need to instead be focused on improving the financial literacy of all consumers. "It can be really expensive to not have this knowledge around financial products and services. I'm really excited to see how that knowledge can be democratised...to empower everyday Australians to be able to make smart decisions for themselves. When you don't have to have done an MBA or have worked in finance to understand the game of money and be part of the club, we can re-imagine solutions and create a far more level playing field."

Proske said there are a number of reasons why fintechs are so focused on making money rather than implementing positive social change. "In Australia there's not a lot of venture capital available, so they're (the fintech startups) forced to make their money really quickly. And we're only celebrating those who have made millions while other products are really interesting and can engage, but they're not going to be looked at. We are not creating environments or incubators or places to help bring out ideas that would actually add greater value. Particularly as we head towards open data, there are some amazing opportunities around how we link financial data with other data sets...but at the moment the market is just not looking at it that way."

"I think the lack of diversity, whether that be gender or cultural, within the fintech sector is a real concern. We're looking at middle-aged white men building their solutions so that they can make their millions off millennials. There's just not a lot of scope for thinking about unexpected consequences and there's not a lot of diversity of thought. We need to go back to those doing the innovation and ask 'are we going to get different ideas out of that cohort?' I think as an industry, we could do a better job. And this will start by including more women," Proske said.