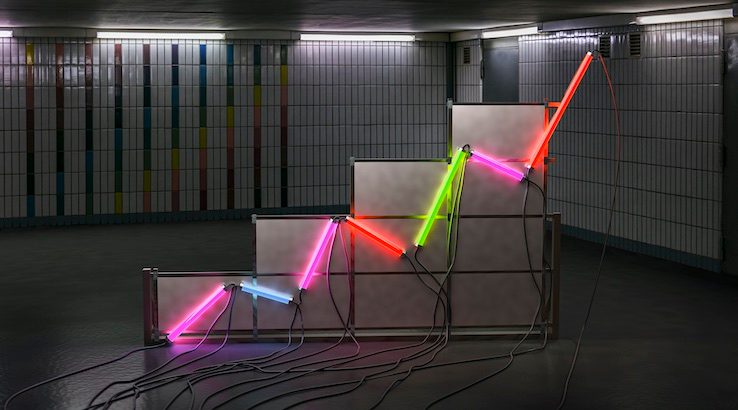 Here's why you shouldn't put all your eggs in one basket.

The ASX has been through an absolute rollercoaster of a year, losing years of progress in the span of just one month thanks to the uncertainty that came with COVID-19. Many sectors of the market have been hit in drastically different ways due to the side effects of a pandemic, such as border closures and rampant panic buying earlier in the year.

In events like these, it's no secret that every great investor spreads their investments over different asset classes and sectors – even the most notorious gamblers know the power of hedging their bets. But the general advice of "diversify your portfolio" seems to be so blindly followed - but is it important to all types of investments? Let's take a look at look at a couple of different corners of the market to not only see how they have been performing but also the importance of spreading your investments.

The banking industry has seen its fair share of stage time this year when mortgage deferrals and property prices were the talk of the town in the first half of 2020. Commonwealth Bank (CBA) had been the biggest bank on the market in terms of both market capitalisation and stock price long before COVID-19 had even entered our lives, but it's interesting to see that its share price movement is highly correlated with other banks, even though the price is much higher.

While CBA shares have been more than twice the price of any other Big Four bank for the last 10 years, it's clear that each bank follows the same path as they all rise and fall together. Prices peaked across the board in March 2015 and all fell together 5 years later in March 2020.

The table above shows the correlation of share prices between each Big Four bank over the last 10 years. We can see that CBA has the lowest correlations across the board compared to the others, but is still above 0.69 in most cases – by no means a low correlation, with each other bank having near-perfect correlations in their share prices. This means that if one falls, they all fall and if one rises, they all rise together.

In this case, it wouldn't be wise to purchase shares in more than one bank at a time, seeing as all their prices follow one another quite closely. It's important that when you are thinking of buying shares in a big bank that you look at other factors such as dividends, bank policies and market share to try and pick out which bank can come out on top. For example, the Commonwealth Banks (CBA) dividends have been paying more than double of their competitors, with their last dividend payout being $0.98 compared to Westpacs $0.31 towards the end of 2020.

The transportation industry, and more specifically businesses that hinge on international travel, also sees some very high correlations. Between Qantas crews being grounded and the collapse of Virgin Australia, it's no surprise that this industry has taken a massive blow, but there are some key players in this sector that have a lower correlation than you would think.

Qantas (QAN) and Sydney Airport (SYD) hold the strongest relationship in this group, with a correlation of 0.86. Long before the nosedive that was March 2020, these two share prices were closely following each other, which is a testament to just how important Qantas is to Australia's travel industry. But the most surprising correlation in this sector is between Flight Centre (FLT) and Qantas, sitting at 0.42 over the last 10 years. This is because Flight Centre's share price has been much more volatile over the last decade going from $25.90 in early 2017 to a peak of $61.60 in August 2018, while Qantas's share price was growing ever so steadily over the same period. This may be because the way travellers book flights has been changing over the years while their will to travel has not – at least until COVID-19 entered our lives.

The correlations in this industry are not as close as they are for the Big Four banks, but they are all still quite positive. Flight Centre having a low to medium correlation with most of these businesses means its share prices does not hinge on any one airline, but on the travel industry as a whole. Whereas Qantas, Air New Zealand, Sydney Airport and Webjet all have highly correlated share prices, meaning investing in several of these at the same time would be a massive detriment to your share portfolio.

Diversification shouldn't happen within shares alone, it's also important to broaden even further to different asset classes. Investments like property and gold have been prominent investments for generations and prove to be some of the strongest around. While investing in the ASX 200 (XJO) can be like riding a rollercoaster, purchasing gold or property is more like being on a scenic cruise ship travelling at 2km/h.

Gold has seen some of the best growth over the last decade, with a 76% increase in price – which was a result of the recession earlier in the year striking fear in every share investor around the country. The ASX 200 has seen the lowest amounts of growth in that same time compared to gold and property but has still seen growth nonetheless.

While the share market declined significantly earlier in the year, the price of gold increased by 30%, which is the largest year-on-year increase it has had in the last 10 years. So if you had only invested in shares, there is a good chance that you would have lost money in that time, while also investing in gold before March this year could have been your saving grace.

This is why diversification in your investment portfolio is an important aspect of becoming a successful investor. Putting all of your eggs in a single basket – whether that be in the form of a single asset class or a single market sector, could be very costly.

Purchasing assets in all these different forms can be overwhelming, so be sure to check out Finder's guides on how to invest in gold and how to buy shares to get the best value for money.