Tax cuts won't help the 116,000+ Australians who are homeless | Finder

Tax cuts won’t help the 116,000+ Australians who are homeless 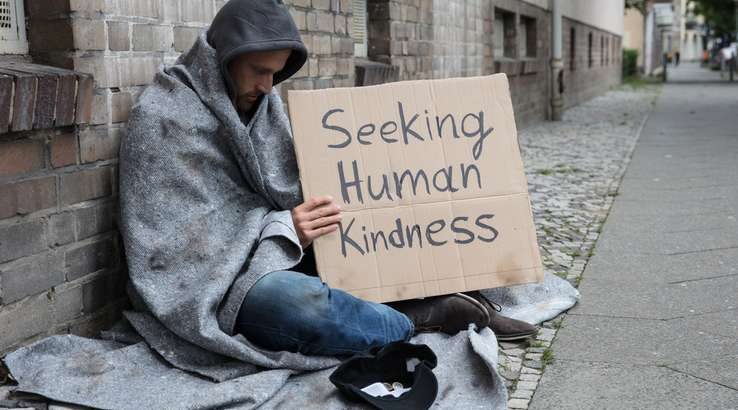 The number of homeless Australians has increased by 14%, so why is the government handing out tax cuts?

This is the question many organisations fighting Australia's growing homelessness epidemic are asking. The 2018 federal budget, which was announced last night, confirmed the government's plans to gift tax cuts to pretty much all working Australians. This will cost the government $140 billion over ten years. However, not-for-profit organisations as well as the general public are questioning if this money could be better spent.

Treasurer Scott Morrison's seven-year Personal Income Tax Plan will give an estimated 10 million Australians earning up to $125,000 a tax cut of up to $530 a year over the next four years. That's a saving of up to $10.19 a week.

As well as the tax offset, which will either reduce your tax bill or increase your tax refund, the government also wants to adjust the current income brackets to effectively remove the 37% tax bracket all together come the 2024-25 financial year. This means that by 2024, high-income earners making more than $120,000 a year will be saving at least $2025 in tax annually. And for those earning more than $200,000, they'll be saving a huge $7,225 in tax every year. For a closer look at the proposed changes to income taxes, read our guide here.

116,000 Australians are homeless, and that number is growing

CEO of Mission Australia James Toomey said the government has completely ignored the growing issue of homelessness in Australia in last night's budget. "I am very disappointed by this year’s virtual silence on both homelessness and affordable housing. The census data only recently confirmed that homelessness figures had gone up by 14% – that’s 116,000 men, women and children who are living in an unsuitable and unsafe situation. Yet, there is not a single measure in the budget that would even begin to put a dent in those figures.

"The Government has missed another opportunity in the Budget to address rising homelessness and provide a national plan to meet the critical shortage of affordable housing for those on the lowest incomes. At the most basic level, Australia simply needs more social and affordable rental homes and that requires national leadership. We also need a long-term plan to end homelessness."

In the budget, the government announced a small measure to make it slightly easier for students to receive Youth Allowance. Now, if your parents earn up to $160,000, you'll be eligible to apply for Youth Allowance, up from the previous threshold of $150,000. However, there are no plans for the small amount of Youth Allowance received to be increased.

"The current rates of Newstart and Youth Allowance do not come close to covering the cost of basic essentials. The Government must urgently raise these payments to allow people to afford a roof over their head and to put food on the table. The government has once again made the choice in this budget not to address these gross inadequacies in income support payments, leaving people to survive on as little as $278 per week," said Toomey.

"We are disappointed that this issue has been completely ignored in a budget that has both spending measures and tax cuts. It is not a matter of frugality, but of calculated neglect."

Australians want the government to #keepmytendollars

Australians have taken to Twitter to express their anger at the proposed income tax cuts, with the hashtag #keepmytendollars trending overnight. The fact that the hashtag is still trending now, almost 18 hours after the budget was released, highlights how passionate Australians are that the government uses the $140 billion it plans to spend on tax cuts for something more substantial, such as homelessness.

Here are some of the tweets:

Hey @ScottMorrisonMP how is your #Budget2018 will help this person and the other homeless, maybe a person earning $200.000+ can chuck him a couple bucks as they walk past... #keepmytendollars #auspol pic.twitter.com/Q5tNZoHjHc

#keepmytendollars and put it towards Newstart. It's unacceptable that people are so low on $$ they are forced to choose between food and tampons.

Dear Treasurer @ScottMorrisonMP,#KeepMyTenDollars and spend it on taking care of the poor and needy. #Budget2018 #auspol

Families should not be sleeping in cars. It’s that simple. #keepmytendollars

As I’m currently unemployed and homeless, you can’t #Keepmytendollars as I won’t be getting it. However, I’m heartened by the number of people who want to forsake it on behalf of people like me. Thank you all.