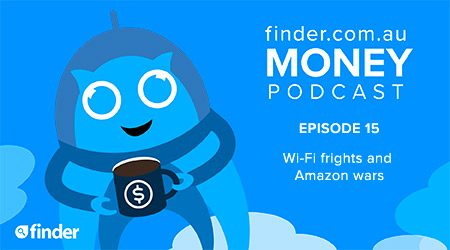 This week the podcast welcomes back our editor-in-chief Angus Kidman to talk about how #deviceban works, the possible launch of Amazon in Australia and The Block 2017. Plus, Marc and Liz talk with guest-host Jodie about rising home loan rates, money-making schemes on tinder and giant Canadian gold coins.

Notes and links mentioned in this podcast

Question of the week: What is the dodgiest thing you’ve done to get out of a fine or other financial commitment?

Music used in this week's podcast