Playing with FIRE: Review of the new FIRE movement documentary 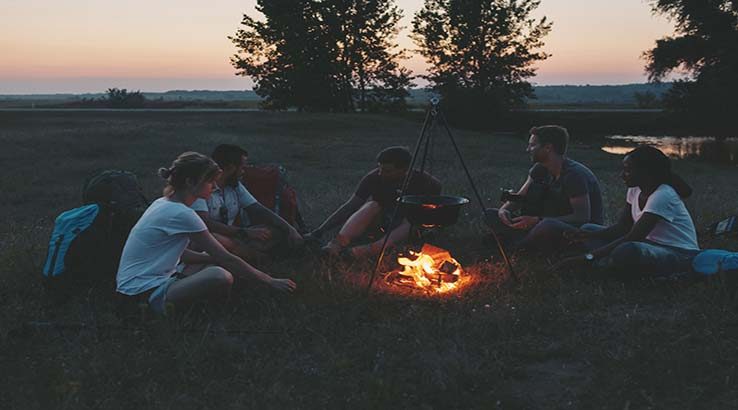 Playing with FIRE follows one couple's journey towards financial independence, with the goal to retire early and spend more time with their young daughter.

If you haven't heard much about the FIRE movement, chances are you will soon. FIRE stands for Financial Independence, Retire Early and it's a global movement that's been gaining more traction in recent years. Playing with FIRE is the first documentary to be released about the FIRE movement, and the film officially launched in Australia on Wednesday with a public screening in Sydney.

The documentary, directed and produced by Travis Shakespeare, follows one young couple's journey towards financial independence. The couple, Scott and Taylor, lead a life that many viewers would easily relate to. They're both working in jobs they like, but their jobs consume most of their time and leave them feeling stressed and mentally exhausted on the weekends. They live in a beautiful house in a beach-side suburb close to their friends and workplaces, but they also have to deal with the price tag that's attached to this.

Crunching the numbers, they realise despite both earning good salaries they're only saving about 8% of their combined income. Just 8%. Fueled by their desire to spend more time watching their two-year-old daughter Jovi grow up, they decide to make some pretty major lifestyle changes to lift their savings rate. They decide to join the FIRE movement.

To kick-start their FIRE journey, Scott and Taylor write down 10 things that make them happy. Wine, dark chocolate and spending time with their daughter are high on the list. Interestingly, the beach is not, despite the fact that they pay a premium to be close to the water. Driving a fancy car also doesn't make the list, despite paying a lot of money each month for their high-end BMW. This is a bit of a light bulb moment for them; they can keep doing the things they love, while also saving a lot more money.

Throughout the film, we watch Scott and Taylor pack up their life and move to a smaller regional town where they can live rent-free with Scott's parents for several months. They sell their fancy BMW. They give up their beach-side house. They stop spending $2,000 a month on groceries. As a result, their savings rate begins to rise to 50% and even higher, while their estimated time to retirement drops.

But these sacrifices certainly don't come easy, and Taylor in particular struggles throughout the documentary to find happiness while simultaneously giving up so much of her life and the little luxuries that she loved. Seeing Taylor struggle throughout the film was refreshing, because it's real, and it's a good reminder that achieving FIRE doesn't come easily.

The film is without-a-doubt highly motivating, and it certainly inspired me to take a few actions with my own finances. The one thing that I felt was missing from the documentary was the journeys of others who were on their path to FIRE. It would have been even more powerful if we could take a front-row seat to a few different people's lives, to see the differences and similarities in their FIRE journeys.

What we learn throughout the film is that FIRE is as much a mental journey as it is a physical one. Yes, it's about investing in low-cost index funds, property or your superannuation while making changes to your daily lifestyle to cut costs. But it's also about changing your mindset so that you're no longer sad about not driving a fancy car or not buying new clothes. Instead, by shifting your mindset, you become motivated and happy about using your money to buy back your time.

I'd say that's the main takeaway from Playing with FIRE; that you can use your money to buy yourself more time. Time to do whatever it is that makes you happy, and this could even be working at your current job. The difference is that you have the freedom to choose. The film is also a great reminder that time, unlike money, isn't infinite and you can't just "earn more time" like you can earn more money.