Kogan Mobile vs Catch Connect: Whose dollar deal is better? 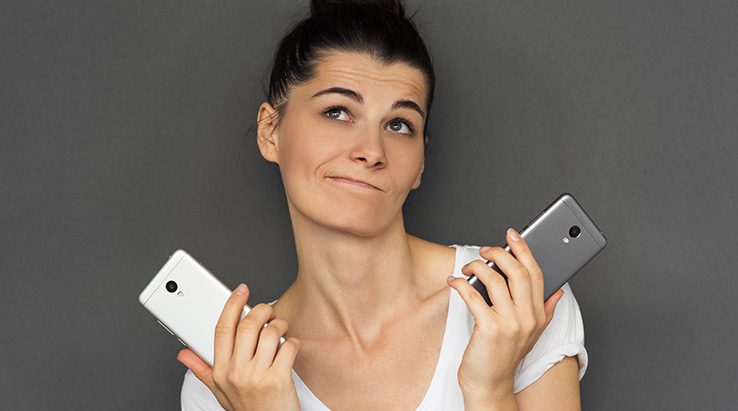 Kogan Mobile and Catch Connect both have sub-$1 deals for mobile customers right now, but whose deal should you choose?

The battle for mobile customers is particularly fierce amongst the budget MVNOs. Last week, Catch Connect announced a 99c promotional deal for new customers, and today Kogan Mobile has struck back, announcing a price cut across its entire 30-day plan offerings at 98c.

From a straight price point of view, Kogan's deal is cheaper, although as you'd be digitally billed anyway, that 1c price difference is somewhat meaningless. So how do the two deals really compare?

Both deals are for new customers to each MVNO, which means if you're an existing Catch Connect or Kogan Mobile customer, you're plumb out of luck.

They're also only for the first month of service only, after which your respective plan will be charged at its regular level afterwards. Both Catch Connect and Kogan operate on a prepaid basis.

There's also a time factor to take into consideration. Catch Connect's 99c promo deal is only available for signup until 11am on 10 September 2018. You've got to be even faster for Kogan Mobile's deal, which is only available until 11:59pm on 27 August 2018.

That also means that you couldn't combine the deals across two months to score a lot of data for a combined $1.97, unless you're happy to run two devices and have two phone numbers on the go.

Both Kogan Mobile and Catch Connect's deals offer unlimited standard national calls and texts during your sub-$1 month, so at that level it's something of a draw.

Catch Connect does have a $49.90 plan with international call inclusions, but it's not part of the 99c promotion at this time.

On the surface, Kogan Mobile's 98c deal beats out any of Catch Mobile's deals for that first month, given you can score its Extra Large plan with 23GB of data to use, while Catch Connect's offerings top out at 15GB.

Again, though, it's worth comparing your usage after that introductory month. Unless you're planning to rapidly switch away from Kogan Mobile, that 23GB plan will cost you $49.90 in your second month, where Catch Connect's 15GB recharges at $35. Kogan Mobile does have a comparably priced plan at a standard $36.90 with 16GB that also qualifies for its 98c pricing.

Kogan Mobile offers its mobile services on the Vodafone Network, while Catch Connect operates on Optus' network. In strict coverage terms, Optus has a slight edge on Vodafone, with a claimed 98.5% network coverage to Vodafone's 96% coverage.

Realistically speaking unless you travel around Australia a lot, those numbers won't mean as much to you as the actual network conditions in the areas you're most frequently in. If you know that your local Optus or Vodafone coverage is either great or lousy, that could seriously affect the value of either plan, and not just within that 30-day promotional period.

Want to compare our full listing of prepaid mobile plans? You can compare prepaid plan data, networks and inclusions here.