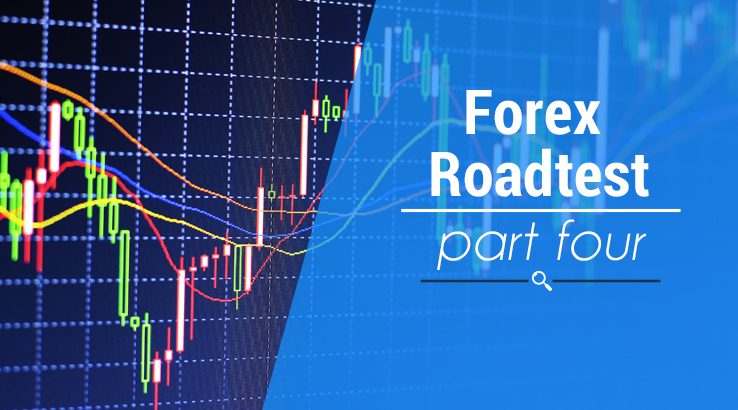 I come into my second week of forex trading excited to make more profit.

The markets are sluggish in the morning as only Australia is awake and trading.

I’m busy at work so I only check the planned risk events for the week later that night. The Active Trader Group puts out a call for the Hungry Wolf signal on the USD/CAD so I jump in and see if it satisfies the criteria.

The Canadian economy has been booming and has been growing at the fastest rate in six years. There will also be an interest rate decision from the Bank of Canada on Thursday which has over a 50% chance of rates being raised. As Daniel explained during training, rising rates indicates a strong economy, and can be positive for the CAD. I put my trade on.

My trade doesn’t do much over the day. Another Hungry Wolf signal is spotted, on gold again. I place my trade after checking that it satisfies the longer-term trend charts I received on the training day.

The Bank of Canada raises official interest rates to 1%. This sends the CAD sky-high and trips my take profit level while I sleep. $100 is added to my account.

My gold trade is still open and my potential profit climbs slowly. After spotting another Hungry Wolf signal, I hurriedly set up a trade while at lunch at a conference, shorting the USD/JPY pair.

I monitor my trades again all day, and decide to close out the trade at a good profit in time for the weekend closing. I close both trades at about $40 profit each.

I end the week and my forex trial with $684.67 in my account. I’ve made a total profit of just over $284. Daniel tells me I’ve done incredibly well for my first trades, and I’m both excited and in a little bit of shock. 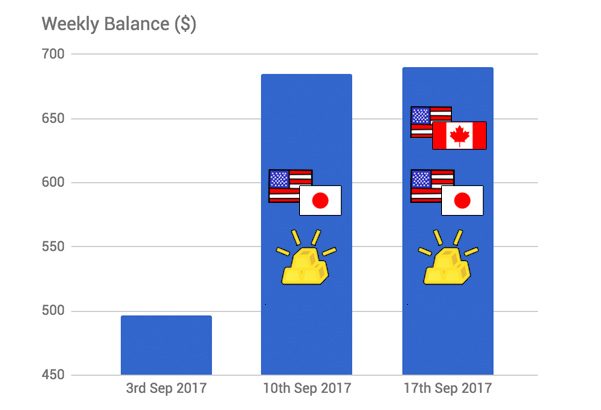 The final results of my trading trial

Part of my success was definitely due to luck. I accidentally placed trades at a much higher risk than the strategy called for and was lucky to profit from these trades instead of losing them. As Daniel mentioned in the Active Traders Group training day, it’s about what you can keep, not how much you earn.

Everyone’s risk profile is different, and for Australians who simply want to invest their money in safer arenas like property or shares, forex trading might not be suitable.

For others willing to spend the time to learn a system and correctly manage their risk, it could be worth considering. As always, seek proper advice and education before any type of investment to see if it will suit you.

Either way, I believe that trading alongside a group of peers and spending the time learning a set of strategies in a group like the Active Traders is a great way to increase your chances of success. I would never have been able to jump into forex trading without the support of a group.

So will I continue to trade? I’m still thoroughly enjoying the experience and haven’t stopped since my trial period ended. I haven’t experienced the same level of success as I did in my first two weeks, and even experienced my first two losing trades. Overall this has been a more realistic indication of how trading can be, and has made me eager to learn more.