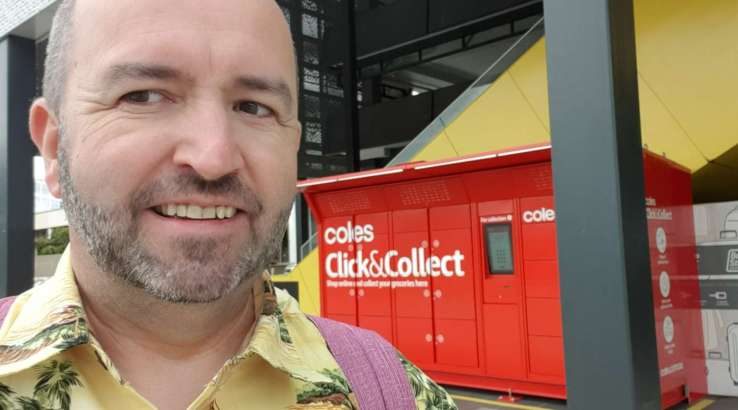 Will my ice cream survive in an airport locker all day?

So this week Coles launched its first-ever airport Click&Collect locker, at Melbourne Airport T4. Naturally, I immediately organised myself a day trip to Melbourne to see how well it worked.

Sure, offering a supermarket locker at an airport seems a bit weird. Coles is banking on the idea that some of the estimated 100,000 passengers and 20,000 odd workers at Melbourne Airport each day will find it handy to pick up some groceries at the end of their flight/shift. There's a Coles supermarket at the nearby Westfield Airport West shopping centre, so filling the lockers isn't a major logistical challenge.

You order online through the regular Coles shopping site, and specify Melbourne Airport as your collection location. (The postcode is 3045, if you're keen.) You then choose one of three delivery slots when you'll pick up your goods from the lockers:

There are only 20 lockers on offer (12 chilled and 8 specifically for frozen goods). Between that and the ordering time restrictions, this isn't an option you'd choose casually on the day you're flying back to Melbourne. But if you're returning from a trip and don't want to have to make a separate shopping trip on the way home, it could be very useful. 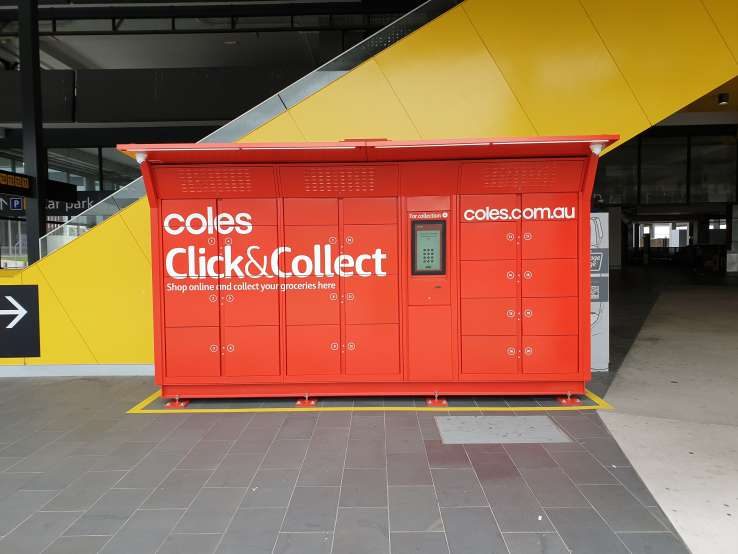 To test out the service, I place an order the day before (and hit the $50 minimum). I made sure my flybuys number was included so I'd get some points from the experience, and paid with a points-earning credit card for added juice.

My key inclusion? A tub of Ben & Jerry's ice cream, so I could see if the ice cream actually survived an extended period in the locker.

As well, I grabbed a pasta salad (which I could eat at the airport as a late lunch). As befits a travel obsessive, I also ordered some travel toiletries and a puzzle magazine. I was flying Tigerair (cheap for last minute, and right next to T4), so I didn't want to order anything bulky, lest I breach the 7kg hand luggage minimum on my return flight.

One side note: Click&Collect orders have to be bagged, which means you'll pay 15 cents per bag. My order was assessed as a one-bag option (but ended up being delivered in two). You also can't order alcohol, tobacco or really large items (think cases of Coke or bags of potting mix). 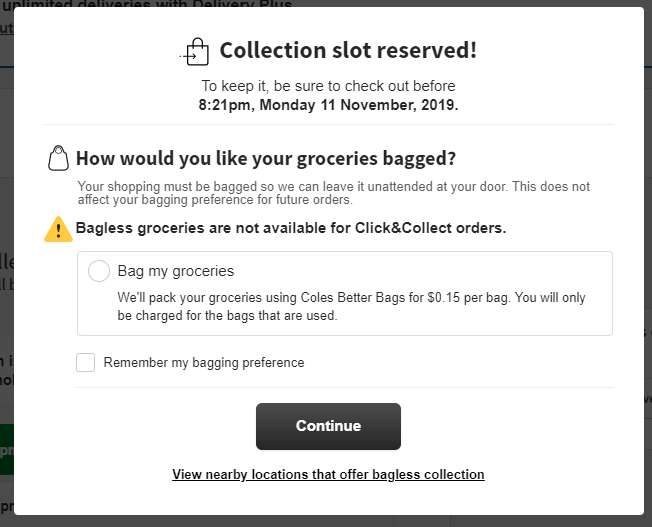 I sent my order on Tuesday morning. Around 7pm on Tuesday night, I got a notification that my credit card had been charged, which meant that picking on my order had begun. If the refrigeration didn't work seamlessly, my ice cream risked turning into a milkshake.

Where are the Melbourne Airport Click&Collect lockers located?

The lockers are really easy to locate: they're immediately outside T4, at the entrance to the carpark, but on the outside of the building so you won't have to go digging through corridors to find them. They're super-handy for the low-cost carriers, but a solid 5-minute walk if you land in the Qantas terminal. 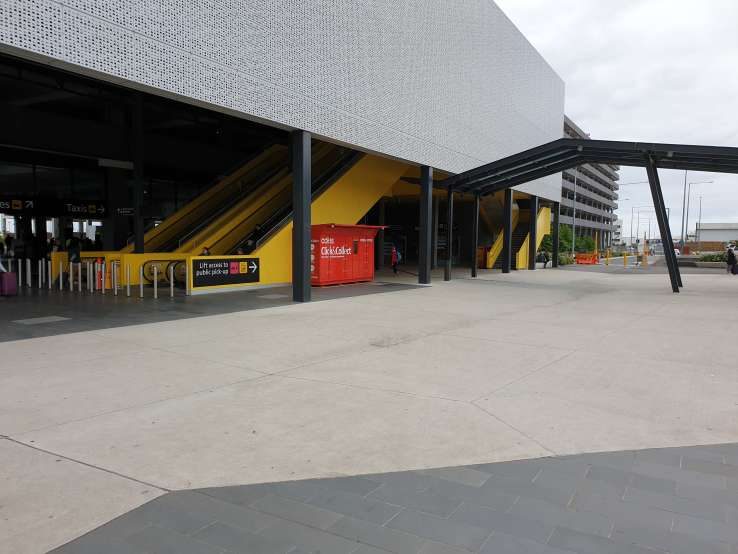 Just before 9am on Wednesday, I received a text letting me know that my delivery was in the locker, with an 8-digit pin I could use to access it. So far, so good.

Once I typed my code into the touchscreen at the lockers, I was notified that my goods were in locker 10, which would be open for the next 10 minutes. 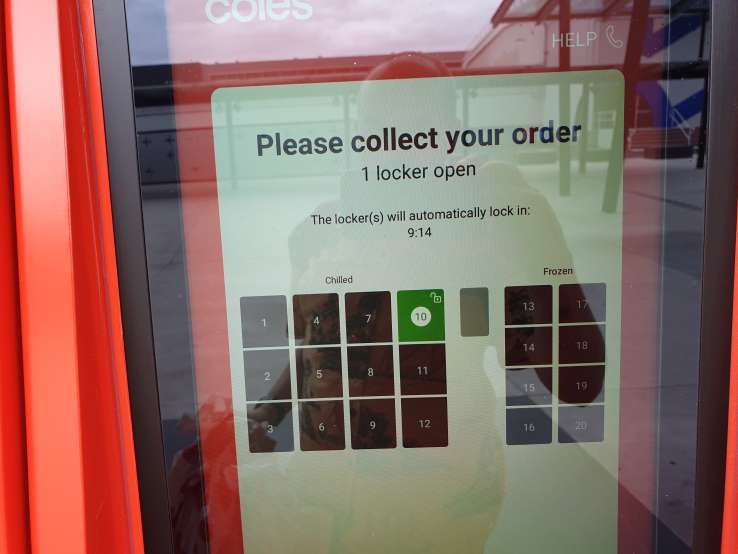 One thing I immediately noticed: locker 10 was in the "chilled", not the "frozen" section. Initially I freaked a little, then I realised that actually makes sense: I wouldn't want my pasta salad or my travel deodorant to be frozen. 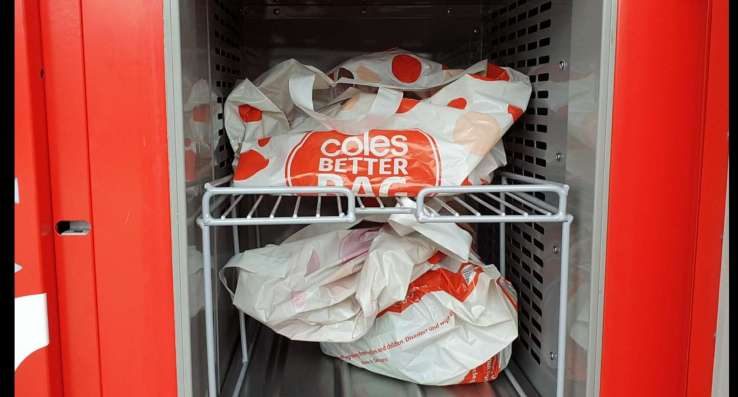 So, did the ice cream survive?

With my bags collected, I ventured inside the airport terminal to properly check out my order. The ice cream had been wrapped in its own separate plastic bag, so there was very little prospect of leakage. 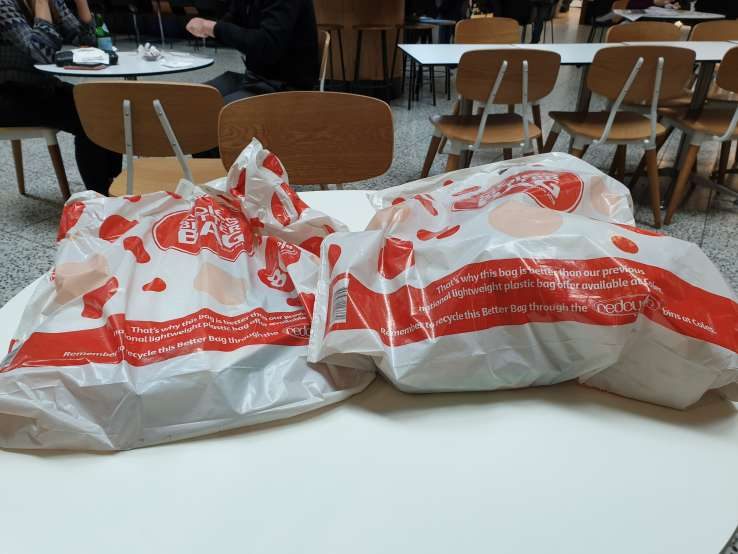 Everything was in place across the two bags, with nothing missing. There was also a bonus item: some fried rice, along with a note thanking me for "shopping our new Click&Collect location". (And before the cynics ask, no, it wasn't in imminent danger of expiring.) I can't imagine that kind of freebie continuing long term, but it was a nice touch. Although it did mean I had to fly back to Sydney with a container of special fried rice. 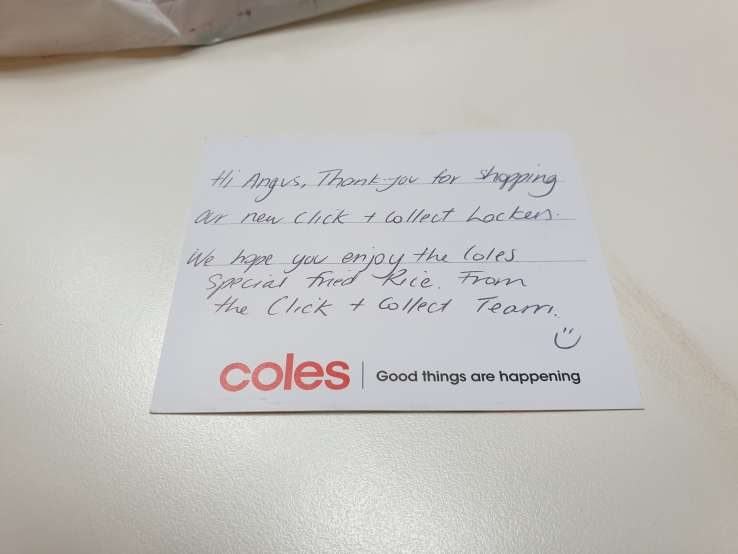 With everything checked, it was time for the final test: was my ice cream now a chocolate shake? Pleasingly, the answer was "no". There was a tiny bit of melting at the top of the container, but the rest was still correctly frozen, which I confirmed by eating the entire tub. Hey, someone's gotta do it. 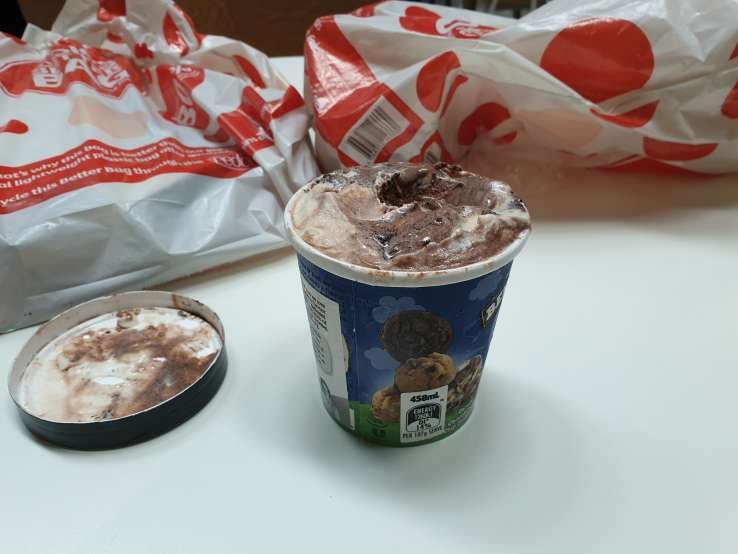 The verdict: It's a thumbs-up

I have no fault to find with the airport Click&Collect option. Everything happened when it was supposed to, the communication was efficient and accurate, and the goods were all carefully packed. My ice cream had survived the 17-odd hours between initial picking and my collection entirely unscathed.

The only real downside to the service is the relatively limited pick-up opportunities. If you're landing between 6am and 9am, or between 2pm and 3:30pm, you simply can't use the service. For any other timeslot, you do need to be organised enough to place your order at the right time the previous day.

That said, for regular airport visitors it's definitely a handy option. If Coles rolls one out in Sydney, I can easily see myself making use of it. 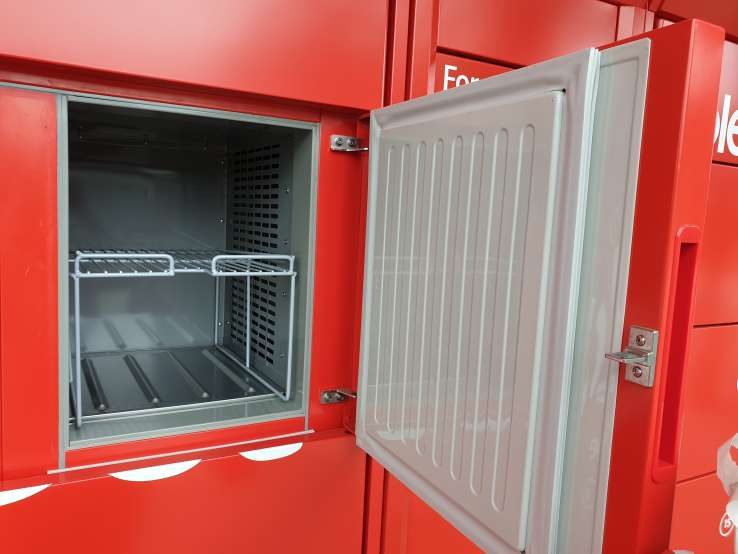