When to go, where to stay and what to do in this colourful South Asian country.

Incredible India is an alluring journey of sights, sounds, joy and mayhem. Marvellous architecture, inviting beaches, bustling marketplaces and jungle wildlife are just a drop in the ocean of what you can see and experience when travelling through the country.

On top of the famous Golden Triangle's hot spots, which enables you to take in the sites of Delhi, Agra and Jaipur such as the Taj Mahal and Red Fort, you'll discover a spiritual nation overflowing with temples, palaces and sacred sites.Delve even deeper for an explosive culinary tour like no other.

A vegetarians and vegan's heaven, food varies by region in India but inevitably lives and breathes of spices, flavours, aromas and communal tables. Tuck in.

Top accommodation picks for staying in India and exploring its heritage. 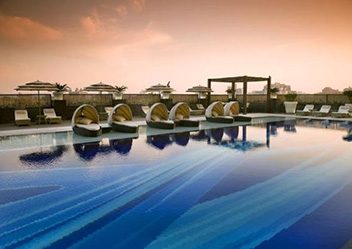 Find flight deals and special fares to all parts of India from across Australia. 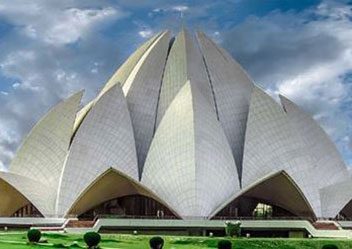 Experience every aspect of Indian culture with the best things to do across the country. 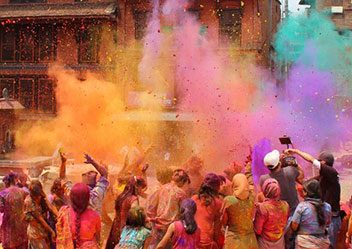 When to visit to see India at its best when the weather is cool and the crowds are few. 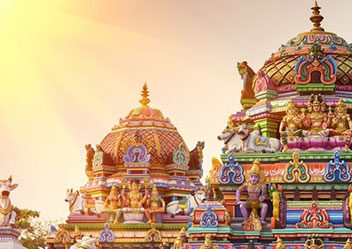 Explore the country by guided tour. 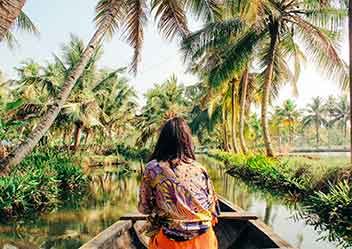 Compare Travel Insurance Policies for your next trip to India. 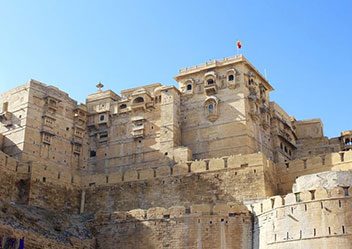 Getting around in India

India is immense. More than a country, it is considered a subcontinent. With major cities like Delhi, Mumbai, Kolkata, Chennai and Bangalore situated as far as 500-2,000 kilometres from each other, moving within such a large country can be a challenge for travellers.

Here are the details on the most suitable means of transport, as well as information about booking train tickets and hiring cars, taxis and tuk-tuks while travelling in India.

Travelling between cities in India

In a country as large as India, air transport is a good option for travellers who want to cover long distances over short periods. The domestic airline with the widest range of routes is Air India. It connects about 70 cities. Along with Air India, Jet Airways, SpiceJet, AirAsia and Indigo also service flights between major airports such as Delhi, Mumbai, Bengaluru, Hyderabad, Chennai and Kolkata. Flights between major cities like Delhi, Mumbai, Bangalore, Hyderabad, Chennai and Kolkata have the busiest routes. The journey usually takes 1-2 hours and the economy class fares range from $50 to $200.

India has one of the largest rail networks on earth. Trains cover long distances and are reliable, affordable and comfortable ground transport in India. Travelling in air conditioned coaches is highly recommended for lesser crowds, better comfort and more safety.

There are three ways to book train tickets in India:

There are also three types of train reservations:

For short and medium journeys, buses offer great flexibility. You can almost always find a seat when booking a day in advance. But longer journeys on bumpy roads may take a toll on your comfort level. For the most part, there are two types of buses in India: cheap, standard ones and costlier, air-conditioned tourist buses. These are operated by numerous bus companies. A good place to start searching for your bus options online is Bus India.

Taxi. Taxis are available for private transportation in cities. Different cities have different types of taxis. In some places, like railway stations and airports, there are prepayment booths that ensure you won't pay more than the stipulated fare. If you hail a taxi from the street, insist the driver re-starts the meter. Otherwise, it's best to negotiate and agree to the fare for the trip in advance.

Tuk tuk/Rickshaws: This open-air vehicle a cheaper alternative to taxis and is ideal for moving within cities. Beware of the auto-driver persuading you to book a hotel or buy goods from a specific shop, however.

If you plan to drive in India car rental desks for major car hire services like Avis, Budget, Hertz, Sixt and Thrifty are available at the major airports.

You can book a private transfer in all major Indian cities for hassle-free transfer from the airport to your drop location.

Here are a few options in popular cities: