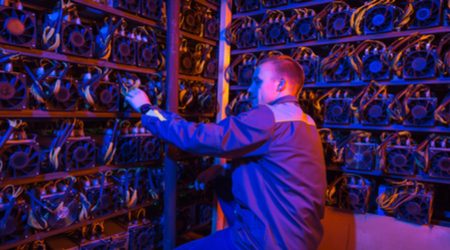 How much does crypto mining cost and is it profitable in Australia?

This is the third part of a blog series on cryptocurrency mining. Part one covers an introduction to encryption and decryption. Part two discusses the blockchain and mining. Here, we will get down to the business end of things and discuss how to calculate the actual costs and returns you could make from mining cryptocurrency. This piece will focus on bitcoin, with next week's article focusing on other currencies.

There are two main costs to consider when mining cryptocurrency - the cost of the hardware itself and the cost of electricity. There are two different types of mining rigs - those that use off-the-shelf graphics cards to crunch their data and those that use specifically designed units called ASICs (application specific integrated circuits). The cryptocurrency Ethereum can be mined using regular graphics cards, whereas the hashing algorithm used by bitcoin requires the use of ASICs. No matter which type of rig you choose to build, the basics of computer hardware hold true: The more powerful the hardware, the more expensive the set-up cost.

Once the outlying costs have been covered, electricity costs need to be considered. As mining requires high-powered equipment to run continuously it can consume a serious amount of energy. The more mining units you have, the more chance you have of verifying a block and receiving currency as a reward. However, more machines use more electricity. Therefore, the cost of electricity per hour in your city needs to be subtracted from the value of currency earned per hour to calculate profit.

Every piece of electrical equipment on the market comes with an energy consumption rating in watts. To calculate the cost of electricity any mining rig uses, simply add up the watts rating for each piece of equipment. Fair warning here - our first equation follows. Thankfully, it’s a simple one. To calculate the cost of running a rig, we can use the following equation (all dollar costs in this article are in AUD$):

Calculating the amount of bitcoin earned by a ming rig in a given time is a fairly straightforward process. To do it, we need to use a previously mentioned metric called difficulty.

At any given moment, there will be a certain complexity in producing a valid key and verifying a block. Over time, difficulty increases and the reward gained for successfully mining a block decreases. When the first bitcoin block was mined, the difficulty was set to 1 and the reward was 50 bitcoin. As of mid-2018, bitcoin difficulty has risen to over 4 trillion, with a reward of only 12.5 bitcoins per block.

To calculate the amount of bitcoin mined per second with a mining set-up, we need to know the following:

The formula is fairly straightforward:

To calculate the total value of coins mined per day, simply multiply the above by the number of seconds in a day (86,400) and the current value of one coin (V).

Rolling these two formulas into one and subtracting the electricity cost formula from above, we can calculate the return per day:

As the cost of running the equipment is $9.98, this would result in a 61c profit per ASIC per day.

As can be seen in this example, the costs of electricity are often too high in Australia to justify mining cryptocurrency. The current cost of an Antminer S9 is around $2,000, so you would need to leave it running for nearly nine years before it started to turn a profit in NSW.

Below is a table with some real-world examples of bitcoin mining equipment, with the return per day calculated as above, using the standard cost of electricity in NSW of 32c/kWh and bitcoin value of $12,100:

The top two devices are graphics cards. As mentioned previously, these are very bad at mining bitcoin. Due to the low hash rates, the coin earned per day rounds down to zero. The Antminer S9 and Ebit E10 have much higher hash rates and turn a (very tiny) profit.

What if electricity costs were cheaper? Here’s the same table re-calculated using the AUD equivalent of the average cost of a kWh in China (12c/kWh):

With lower electricity costs, profits are higher. While both of the graphics cards still make a loss, both of our ASIC units now turn a comfortable profit. This is why bitcoin mining is not very profitable in Australia.

So there you have it - there’s no point in starting a mining rig in Australia. You can’t say you weren’t warned!

Part four is here. If you want updates on when the next part of this blog goes live, you can follow me on Twitter.