Comparison of the week: Taxi vs Uber 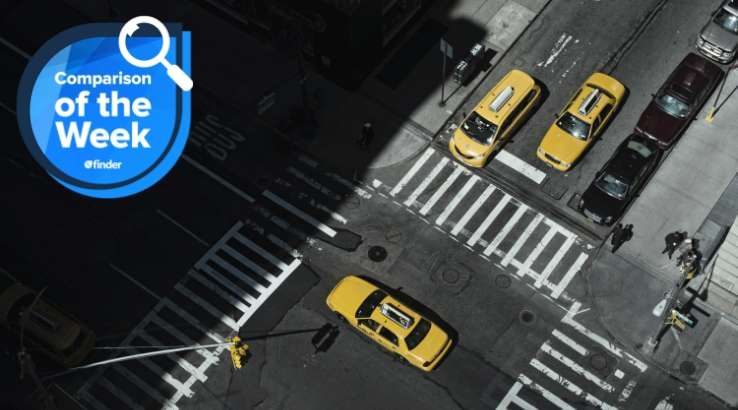 It's the transport debate of the modern age, but which is better?

We compare virtually everything at Finder and our Comparison of the Week isn't afraid to tackle the big questions. This week we take a look at two competing transport options: traditional taxis and Uber, to see which one comes out on top.

It's fair to say the introduction of ride sharing platforms like Uber has transformed how we get around. We can now get from A to B with the touch of a smartphone and pay for it without even getting our wallets out.

But is Uber actually a better deal than a regular taxi? We compare the two based on price, convenience and availability, so you know which one to pick when you next need to get around town.

Taxis have a long history in Australia, with motorised taxis first introduced in Sydney in 1906. There are currently around 22,000 taxis in operation. Taxi drivers are effectively self-employed and generally pay the taxi company a fee to use the car. There are a number of taxi companies that operate in Australia, with A2B making up almost half the taxi network through its 13cabs and Silver Service fleets.

You can book a taxi online, by phone or by hailing one down in the street. Some taxi companies, including 13cabs and Silver Service, also have an app that lets you book, manage and pay for your trip online. The fare is calculated using a meter, which increases based on the duration and distance of the trip.

Since its launch in Australia in 2012, Uber has become the go-to transport choice for many Australians (especially city dwellers). The basic service, UberX, lets passengers book rides through the Uber app, then connects them to a nearby driver who is assigned the trip. You can view the driver's details through the app, as well as track their arrival via GPS. Drivers are considered independent contractors by Uber and must provide their own car, while Uber takes a percentage cut of each completed fare, which is locked in at the time of booking.

When it comes to getting a ride, most people are looking for reliability, comfort and cost. Here's how taxis and Uber differ on those measures:

Overall Uber wins in a lot of categories, but taxis do have some advantages. While there are some exceptions, Ubers are generally cheaper and knowing the price of the fare upfront should give you more certainty. The rating system also helps maintain a high standard for drivers, meaning the passenger experience is likely to be more pleasant than a taxi.

However, the ability to hail a cab off the street is a definite plus in the convenience stakes and if you're in an area not serviced by Uber or you don't have access to a smartphone (or if yours is flat!), a taxi may be your only option. Some taxi companies also have an app that offers similar features to Uber, including pre-booking, online payment and a rating system, but this is not always the case.

We compare virtually everything at Finder, and we're all about helping you make better decisions. Catch up with more of our weekly comparisons, or do your own by heading to the Finder home page to compare credit cards, savings accounts, shopping deals and much, much more. Go on, be a Finder.

On the road: 9 million Aussies planning a road trip

Looking for an e-bike to help power your…

One of the most affordable Sydney…

What is Lexus Encore?

The Encore benefits program is another…

What to know before you catch your next…

Western Australia travel restrictions: Where you can go in October 2020

What you need to know before you travel in…

Ferguson vs Gaethje UFC 249: Get the Australian live stream here

DiDi vs Uber: Comparison for drivers

Podcast: How to recession-proof your finances during COVID-19

If we're heading for an economic…