A quarter of young mums in Australia take a babymoon vacation 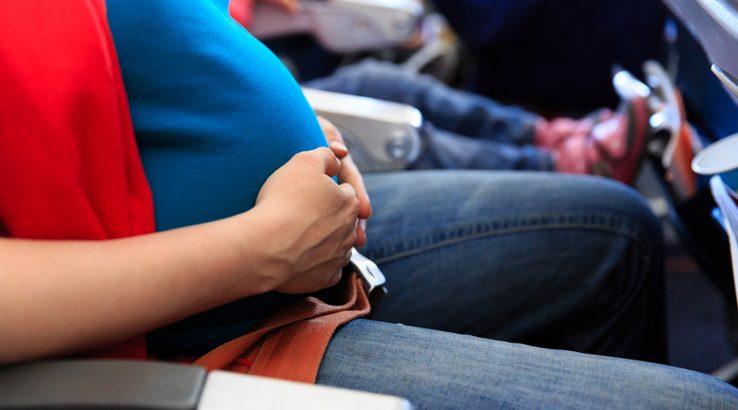 Is your pregnancy the perfect time to take a trip?

1 in 5 pregnant couples take a last-minute "babymoon" trip in the third trimester, finds our survey of over 2,000 parents with children under 12. This is when people make an escape while they are still able, before the new bundle of joy turns their lives upside down.

Younger mothers are more likely to make the trip, with almost a quarter (24%) of mums under 30 enjoying a getaway while pregnant, compared to 16% of those aged over 40.

Unsurprisingly, most mums prefer to stay closer to home that late in the pregnancy, and are about three times as likely to travel domestically rather than internationally. But that doesn't stop 5% of parents from heading overseas, even while heavily pregnant.

Is it safe to travel while heavily pregnant?

You probably shouldn't be running with the bulls in Spain while pregnant, but travel while pregnant is generally fairly safe, with a few specific caveats.

For example, pregnant women are at higher risk of deep vein thrombosis (DVT), and even perfectly fit and healthy people might experience it after sitting on a plane for hours on end. As such, flying while pregnant doubles the risks but can still be well managed by taking suitable precautions.

These precautions might be doing regular leg exercises during the flight, or planning a trip that will avoid long plane trips.

High-risk pregnancies can also be a factor to build your babymoon around. If your older kids were born prematurely, for example, you might be at higher risk of another premature birth with your current baby bump.

Planning around that would probably mean taking the trip sooner, or making sure you're staying within "emergency distance" of a hospital while on vacation. Twins are another potential complication, and some airlines will restrict travel for expectant mothers carrying twins.

You might be relieved to hear that some airline cabin crews are actually trained in how to deliver babies if the need arises, but you probably won't be surprised to hear that they'd rather not do it mid-flight.

To this end, it's typical for airlines to restrict travel for heavily pregnant mums. Qantas, Jetstar and Virgin Australia, for example, all have travel bans for pregnant women after 36 weeks, or only 32 weeks if you're carrying twins.

And even then, all those airlines will still require a doctor's note for travel after 28 weeks.

This is even stricter than a few travel insurance providers, some of which will still cover pregnancies up to 32 weeks while overseas, with one catch.

That catch? Pregnancy counts as a pre-existing health issue.

Thinking of planning a babymoon? Read our comprehensive guide on travelling while you're pregnant.